RC pylon racing started seriously in the early 1960’s on the west coast of the USA, naturally RC modellers had wanted to race their aircraft but the technology of that era did not permit either flying multiple aircraft at the same time nor the finesse of control to fly a model aircraft accurately around a race course.

Times and technology of course changed and over the following decades RC pylon racing developed into multiple classes covering both IC and electric power sources with prototype and specification type events within those power types.

All CIAM F3 pylon racing events are flown around a 400 metre triangular course, the race comprises of 10 laps, penalties or disqualifications are awarded if the aircraft does not complete the full course on any of the 10 laps. The competitors score is expressed simply by the seconds that their race time took, these scores are then calculated into an event total. 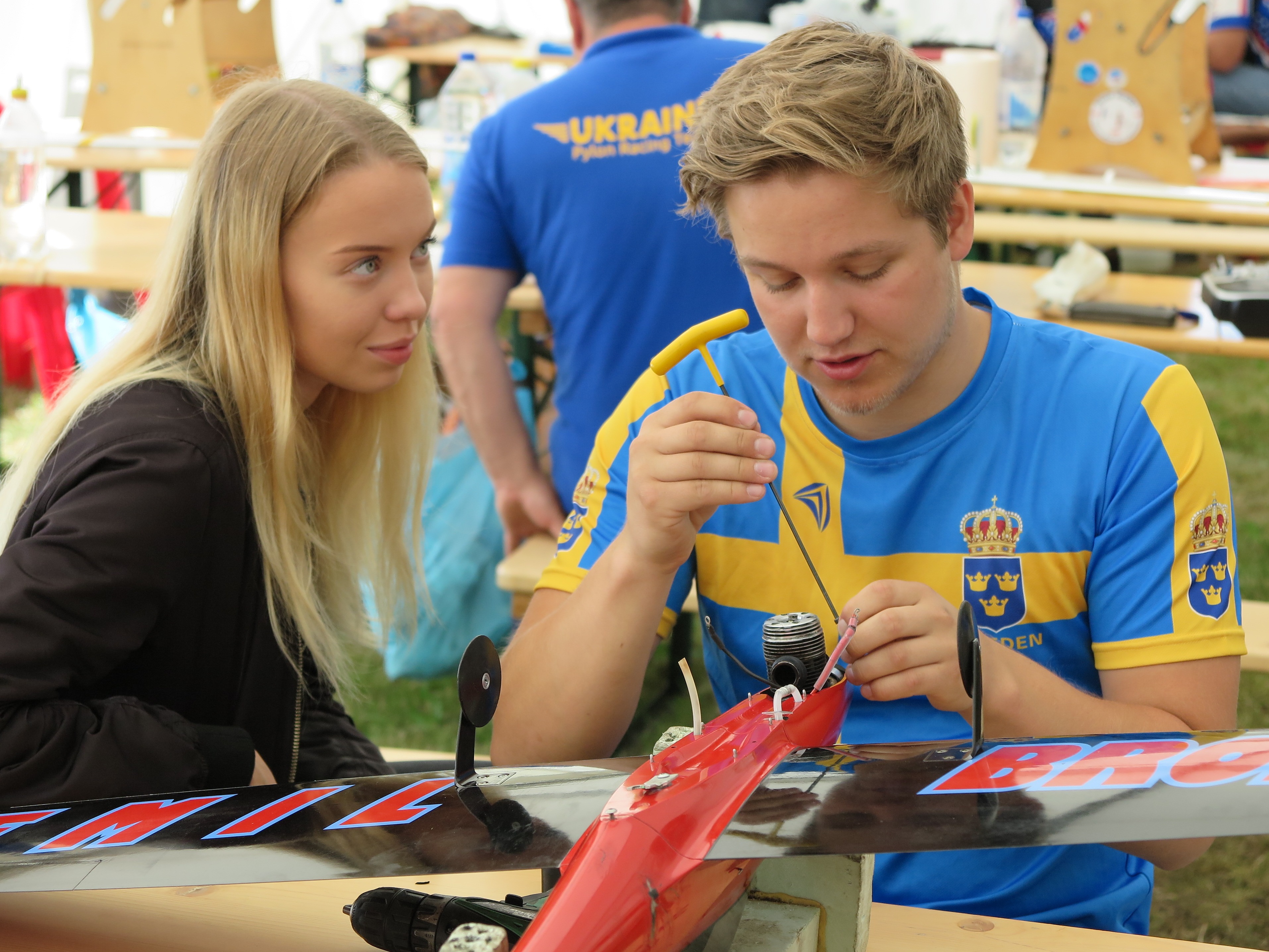 F3D: The pinnacle of RC pylon racing is the F3D class, the models are powered by a 6.6cc (.40 ci) glowplug engines and have a maximum span of 1800mm and a minimum weight of 2250 grammes. The class has certain rules covering intake and exhausts but within that the power plant rules are very open, allowing competitors to use low volume specialist manufactured engines with no need for approval or commercial availability.

The F3D airframe conforms to a detailed set of design parameters but also has design freedom within those parameters, this combination makes for a true thoroughbred racing machine and the sight of three F3D models in competitive flight is a something to behold.

F3E: (electric) This class is the old F5D event that has been bought within the jurisdiction of the F3 pylon race sub-committee. At World Championship level the event will be run along side F3D.

Like F3D the event is a prototype formula with no commercial requirements on the equipment used. All aircraft have to be fitted with a performance limiting device (1000w/min). 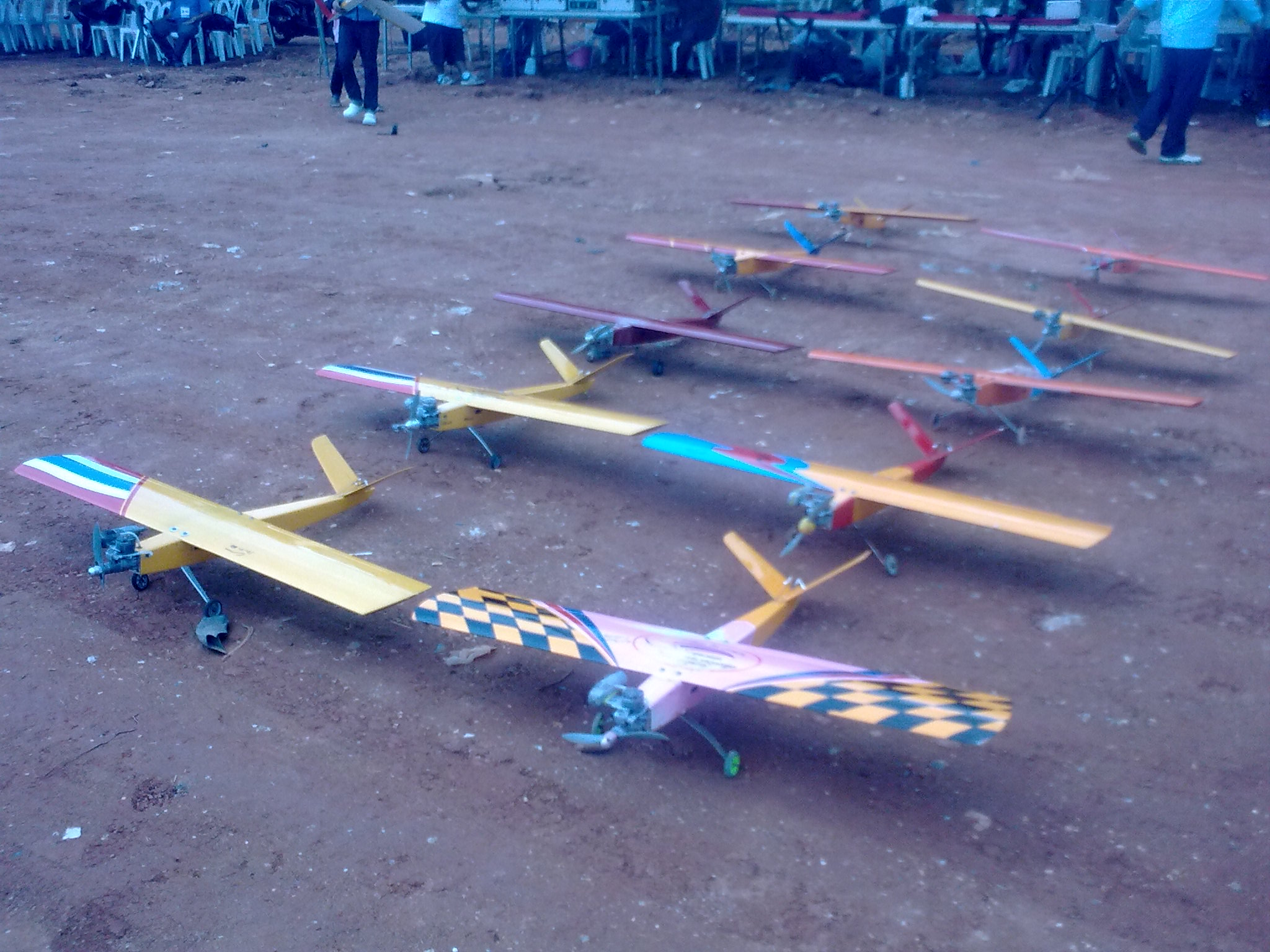 F3R: This is a class defined for pylon racing at a limited level of technology in aircraft aerodynamic design, aircraft construction and power plant combined with maximum safety. Although based upon the Q500 class from the USA, F3R allows for local variations on fuel and power plant specifications, however the airframe rules have to be adhered to where ever the event is flown. The photo above shows a local variation on F3R in Thailand with 46 sport engines used as power plants but with the common airframe rules being implimented. 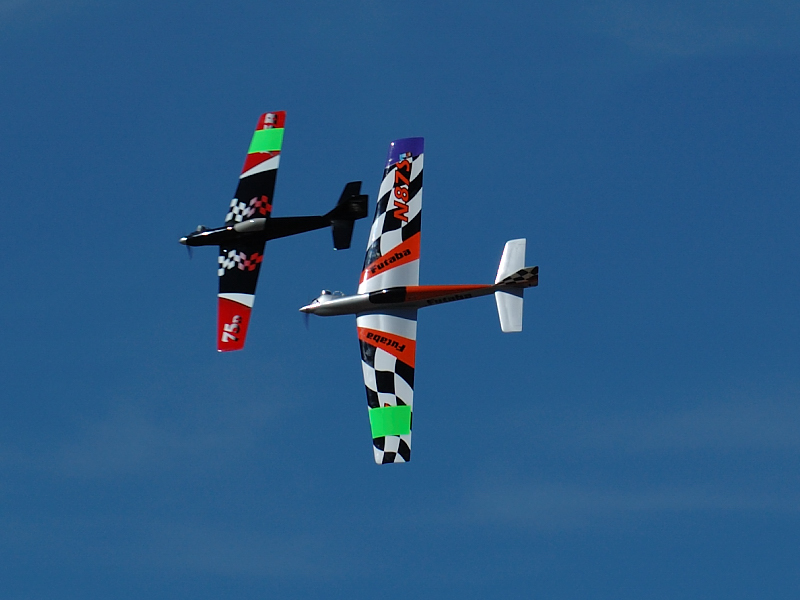 F3T: Not all competitors want to build and fly machines such as the F3D models and these people are catered for in pylon racing by the F3T class, which is closly based on the hugely sucessful Q40 class from the USA. F3T stipulates only three different commercial 6.6cc (.40 ci) glowplug engines that may be used to power the aircraft which have a heavy resemblance to full sized pylon racing aircraft. The airframe designs have to be approved by the F3T approval committee to be legal for competition, or be from the AMA 422 list prior to 2013. Racing is close and tight !!

World Championships are run for the F3D and F3E classes, Nations enter 3 person teams and there are medals awarded for both individual competitors and teams alike.

The F3 Pylon sub committee are very keen to welcome new countries into the fascinating and exicting World of RC pylon racing and we can advise National Aero Clubs and specialist interest groups within those clubs on the best way to get RC pylon racing being flown in their area. Contact the F3 Pylon Chairman lancia038@hotmail.com if you wish to discuss starting RC pylon racing in your country.

Other documents including approvals