In Hot Air Airships vertical movements are achieved by heat control from propane burners attached to the pilot cabin to which also a propulsion engine is fitted assuring forward movement. Rudders mounted on the back of the airship allow precise direction control.

The pilot coordinates all movements to achieve navigation, speed and precision flying tasks.

Navigation tasks generally consist in flights of 2 hours during which pilots aim to reach distant goals within a given time before returning to base to complete the flight or just for a pit-stop.

In Speed races pilots perform a Le Mans type start that sets them off for a pylon race for several laps around a circuit in close viewing distance of the spectators. Overtaking at the turning points is very spectacular.

Precision tasks call for pilot’s skill in using the high manoeuvrability of airships to approach targets on which they launch markers with a stunning precision of under 10 cm for the Best, or to touch down within minimal perimeters. Such tasks can include up to 10 different targets displayed in front of the spectators watching airship after airship approaching and hitting or missing the target.

Take off and landing areas are in front of the public next to the racing tracks.

The Champion is determined by highest accumulated points during the days of the event. 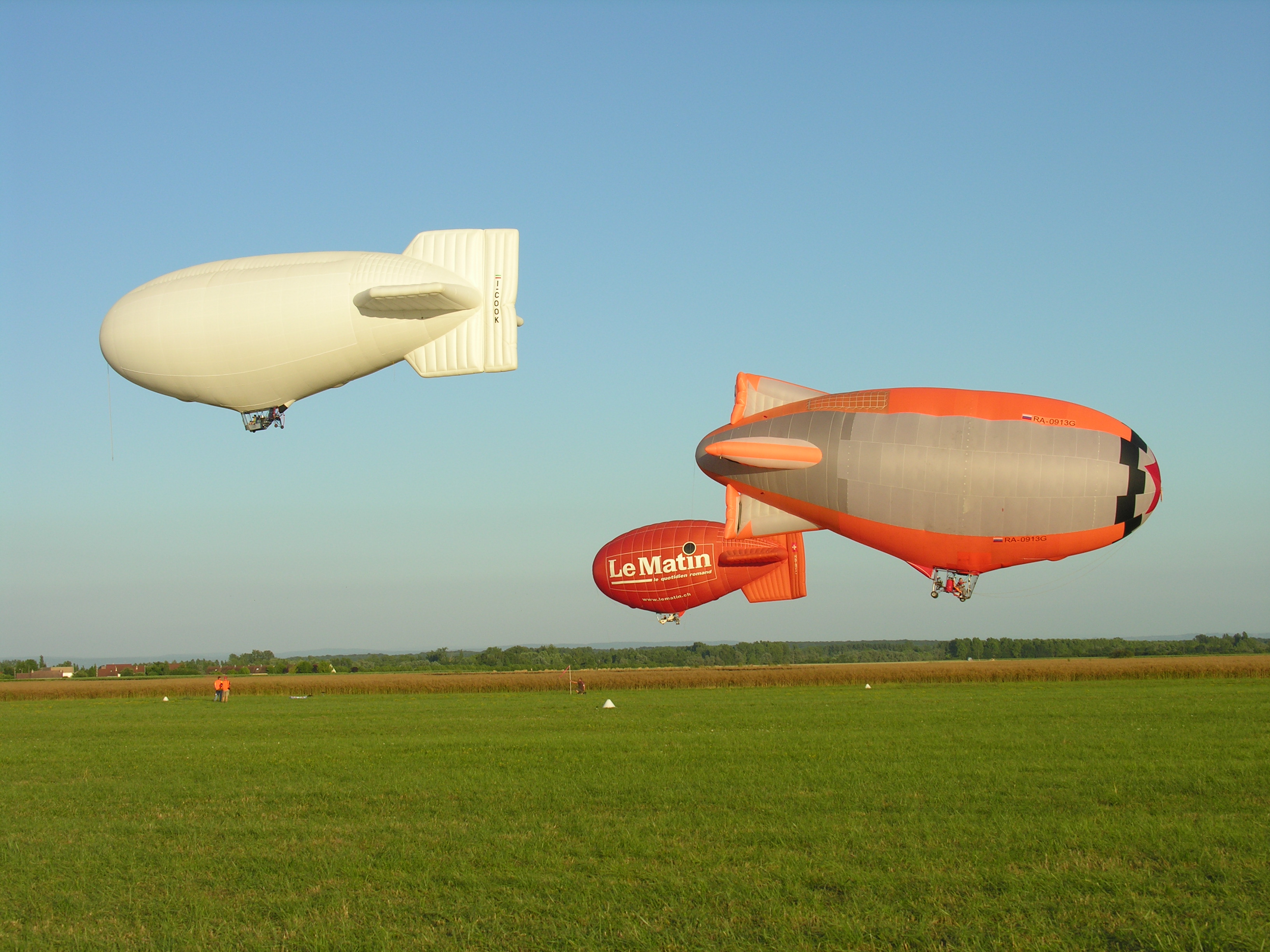 Airships are very colourful and quite large. And they surprise by their speed and manoeuvrability. Due to open pilot cabins, spectators can see the pilots at work controlling the airship and moving towards the targets. Spectators can easily understand the competitions and see the results happening in front of them, and they participate with their cheers when pilots reach a target with perfection or when the fastest airship crosses the arrival gate with the chequered flag being waved.

TV cameras are on the field on strategic locations and inside airships during speed tasks with projections on large screens.

There are many opportunities