Running alongside the 10-day long competition in Châteauroux, France - at which 160,000 spectactors watched the aerobatic displays – there were plenty of activities organised for younger visitors such as bouncy castles and pedal-plane races.

And as the pilots etched their dazzling lines across the blue canvas of the sky, younger visitors also took the opportunity to express their creativity down on the ground, at the FAI Young Artists Contest stand.

A volunteer gave free art lessons at the stand and a number of winning works from the FAI’s popular contest were exhibited to encourage visitors to enter the 2020 competition, the theme of which is ‘flying yesterday and tomorrow’. 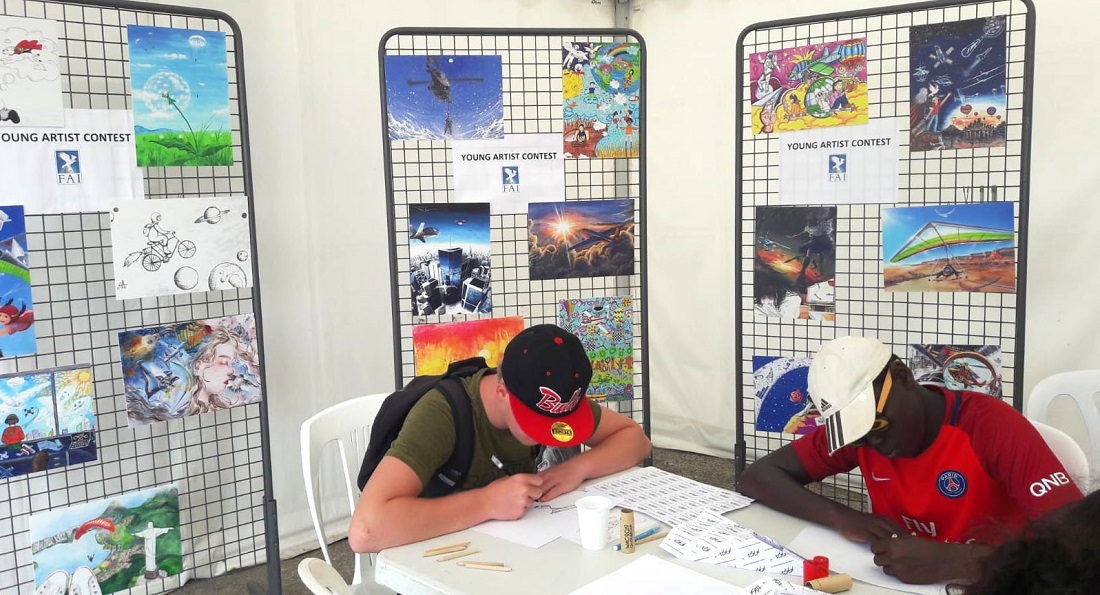 The FFA (French Aeronautical Federation) - host of the 30th FAI World Aerobatic Championships - is an organisation that is highly supportive of encouraging young people in air sports.

“By making the World Aerobatic Championships exciting for young visitors through the FAI Young Artists Contest stand for example, it is hoped that future world champions will be inspired to become pilots, perhaps even following in the footsteps of Louis Vanel, who passed the FFA’s pilot diploma ‘Brevet d’Initation Aeronautique’ in 2009 aged 19 and 10 years later was standing at the top of the podium to gain his gold medal!" 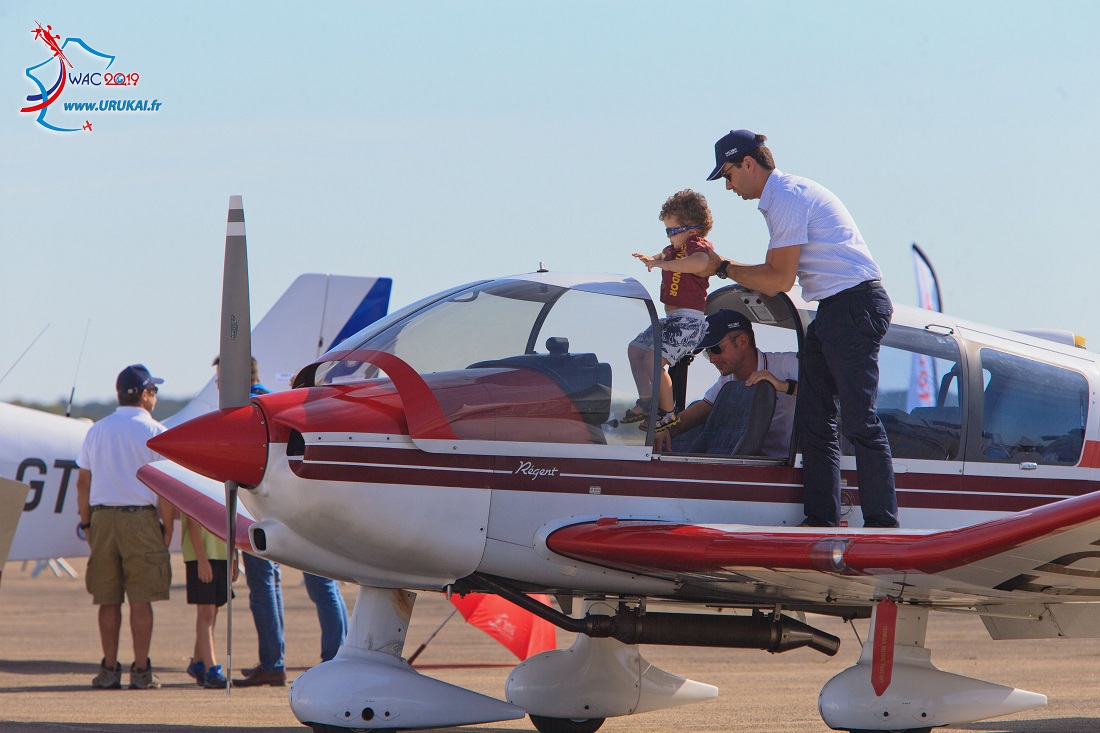