Meet 17-year-old Korean drone pilot GaYeon Mo, whose years of Taekwondo and Wushu training showed her she could take on the boys and win!

Still at high school in her home town of Ansan, Mo will be competing in theFAI FPV Racing World Cup 2017, despite having less than a year’s experience under her belt.

“I was a bit hesitant about trying drone racing at first, even though I found it very interesting,” she says.

“I have always wanted to try air sports, but I was not sure if I could do well as a girl.

“However, the speed of the sport attracted me, and I wanted to challenge myself to do something new.”

She started started flying drones last year, after being introduced to drone racing by her martial arts instructor.

“The director at the Wushu training centre where I practice martial arts helped me to start drone racing,” she says.

“Learning and practicing Taekwondo and Wushu with boys since childhood has taught me that I can compete against male competitors.

“So when I learned that there were two areas, racing and drone, I chose racing where female pilots were rare.”

“Since then, I have taken part in many other races held in Changwon, Ansan, Osan and other cities in Korea,” Mo adds.

“I have not yet climbed onto the podium to receive any awards, but I am working hard on my training because I believe that practice makes perfect.

“And this year, I will participate in as many races as possible to get more experience in order to perform better.”

She is determined to excel in this male-dominated sport, in which she thinks women have a natural advantage.

“So far there are not many female pilots participating in drone racing events in Korea, but I think that female pilots may have the advantage over male competitors as drone racing requires you to undertake delicate manoeuvres while travelling at high speed.

“I hope to see many more female pilots getting involved in the sport in the future.”

Mo would also like to try her hand at other air sports such as model helicopter racing.

“I have just started in air sports with drone racing, but if I get an opportunity I would love to try model airplanes and helicopters as well,” she adds.

When it comes to racing drones, meanwhile, her aim is to make the record books by becoming the first female champion.

“My goal is to become the first ever female drone racing pilot to win an event,” she says. 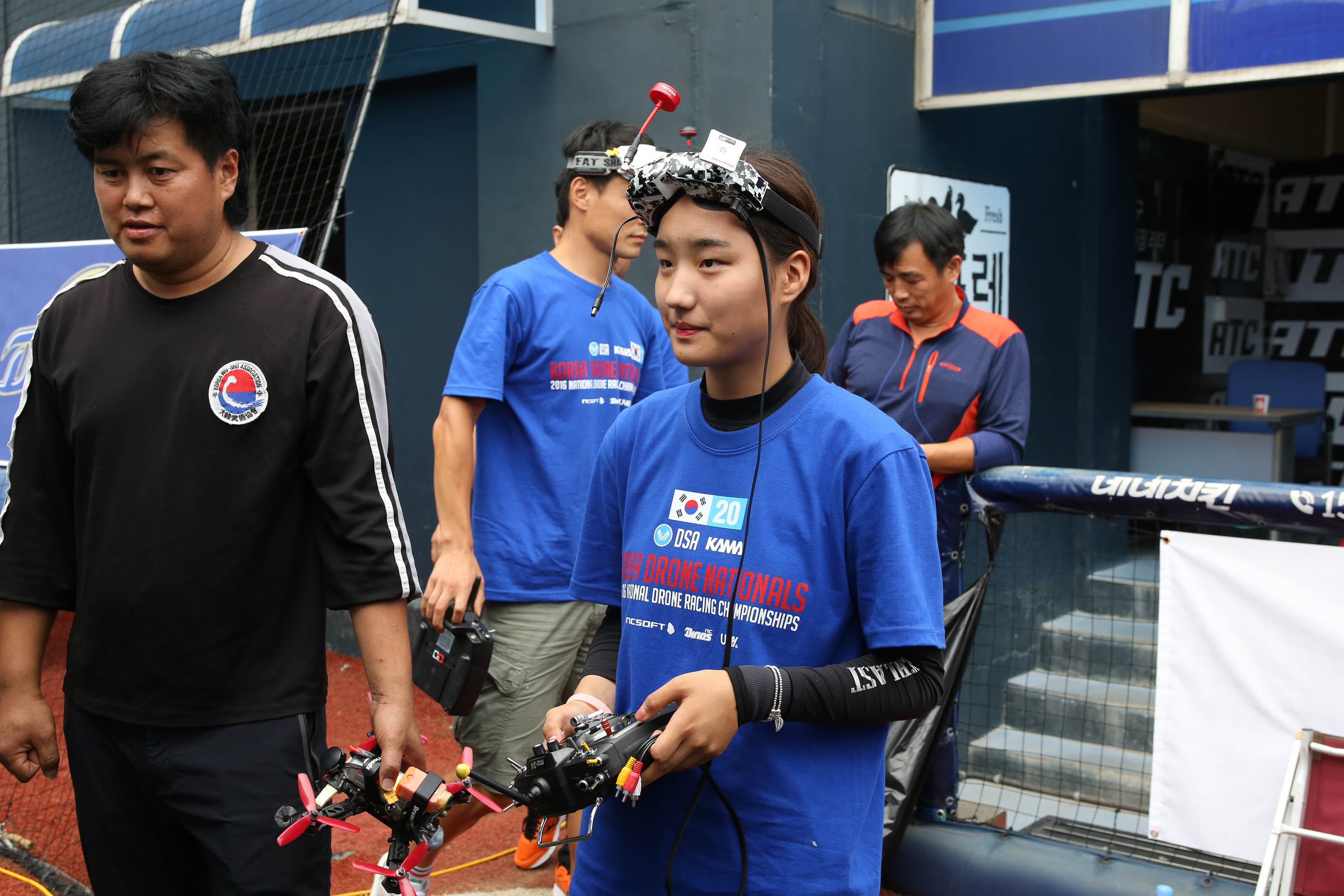