The VA001 flew for 56 hours without refuelling – setting a new world record for flight duration.

The FAI has ratified a duration world record for a unique experimental unmanned aerial vehicle (UAV), also called a drone. The VA001, an unmanned aircraft that looks like a glider but is powered by a diesel engine, successfully flew for 55hrs 56mins non-stop and without re-fueling on 2 December 2016.

The flight took place at New Mexico State University’s Unmanned Air Systems Flight Test Center near Las Cruces International Airport, New Mexico, USA, where the plane, which has a wingspan of 36 feet (12m) and is made of carbon fibre, was launched by tow at 8.15am local time on 30 November 2016.

Once in the air the VA001 climbed to its cruising altitude of 6,500-7,000ft AMSL and then flew a figure-8 holding pattern for the remainder of the flight. A typical circuit took 5mins 20 seconds at an average speed of 107km/h (67mph). 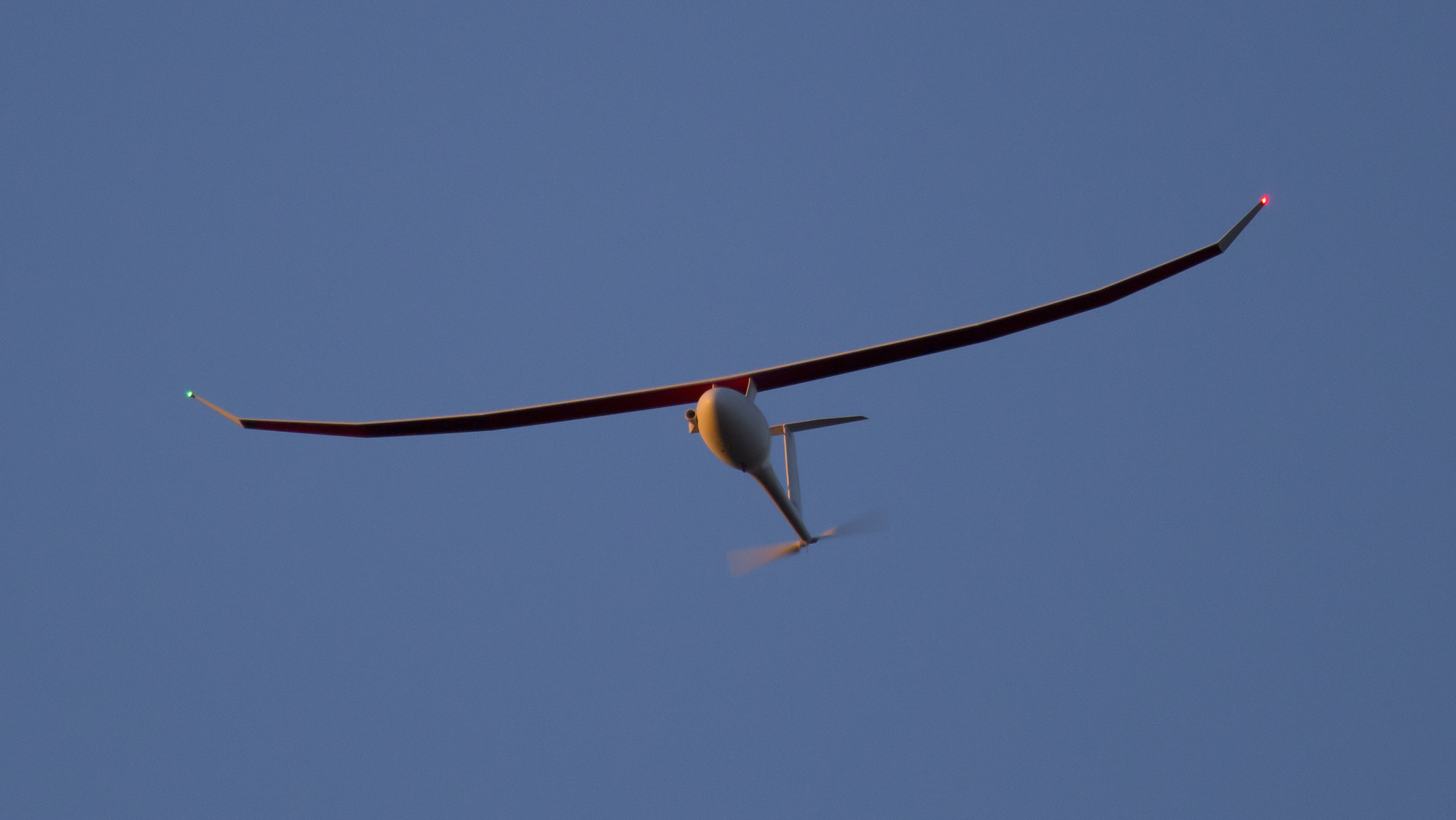 The VA001 looks like a glider, with long white wings and a short, streamlined body. The engine is mounted at the front, with a single propeller at the back. The total weight of the plane with fuel was 191.3kg (421.7lbs). During the flight it was carrying a 20lb payload.

No refuelling was allowed during the flight. The aircraft has two fuel tanks, and is designed to fly non-stop, without re-fueling for more than a week. The record flight was originally planned as a 120-hour mission, but was ended early due to forecast bad weather.

The VA001 is being developed by Vanilla Aircraft LLC, a private company. The ultimate aim of the VA001 project is for the plane to carry a 30lb payload for 10 days at an altitude of 15,000ft. Potential commercial and military applications include surveying and communications.

The world record flight was submitted for a world duration record for combustion-powered unmanned aerial vehicles (UAVs) in the 50-500 kg subclass (FAI Class U-1.c Group 1). The record claim was ratified by the FAI on 23 August 2017.