FAI has received both World and European Paragliding record claims. Charles Cazaux (FRA) has beaten his own record of speed over 25 km triangle course at Col du Banchet (France) with a 46,9 km/h of average speed on 24 of August 2020.

We contacted Charles to learn more about him and his affection to speed records.

-      How long have you been doing free flight sport?

I was used to hiking, climbing, biking and running outdoors when I was a teenager. During several years, I was watching these strange butterflies in the sky of Morzine-Avoriaz every summer crossing the valley so high! Then I decided to discover this new world for me: the air!

I learned in Morzine and there was a bunch of inspiring pilot in the team like Ali Gali (French Team), Albert Baud who have so much knowledge and feeling about what’s going on in the air. Later on, I had the chance to find so many Master on my way to improve my flight like Didier Exiga, Thomas Puthod, Denis Cortella, David Dagault, Patrick Berod. I was dreaming to fly like Hans Bollinger (we called my second brother Hans as I asked for), just a dream…Until I found him nearby me in the thermal of my first World Cup ! There are so many pilot and amazing human in this sport Andy Hediger, Richard Gallon, Zeb Roche, Seiko Fukuoka. I am sure I will forget a lot...

-          What are your achievements titles before breaking a record?

I’ve been Word Cup Superfinal champion in 2009, FAI World Champion in 2011, was on the podium of a few World Cup events, won twice the French Championship.

I went for speed record as I was flying like a "turtle" they said. So I needed to improve my skills and handling to fly faster with my wing. I set this 25 km triangle nearby home to challenge myself with an interesting exercise to push myself further and faster. Then I thought that I could try to attempt the record win 2006. I think no much pilot know about the FAI record, the process of record-breaking, you need to find the place and aerology to make it which I find really interesting. Also, the 25 km speed triangle is quite spicy to achieve!

25 km is quite short, every second makes a big change in the average speed. The main thing to deal with is the difference of altitude between the start and the arrival point which must be less than 500m according to the FAI record rules. It means to go fast, you will push and loose altitude but on the other hand, you need to deal with this minimum altitude difference. I found that my home place is not so bad regarding the terrain and aerology: a fast let out of the ridge and a leg to get altitude which is working almost all the way long. It seems a good mix. 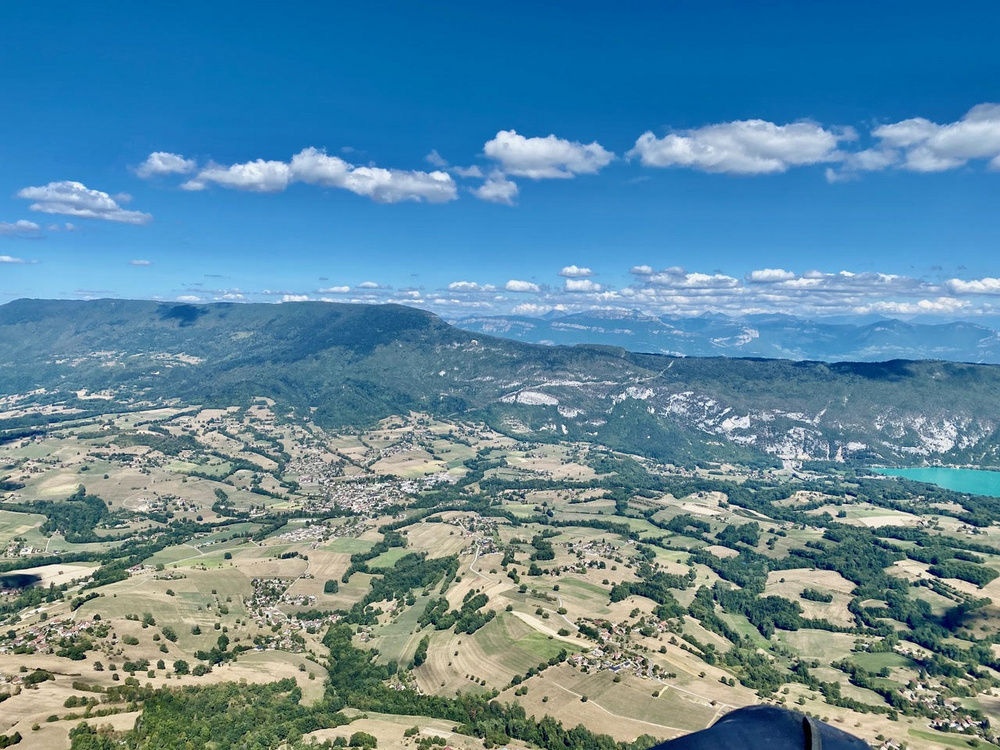 -          What flying conditions make your record different from the previous one?

The first one was just a test, the second one I was more focus on the weather pattern, the third one I just take the opportunity to use a strong day even the wind was not perfect.

The hardest part is to set a nice task, then you need to be free the right day to enjoy great aerology, fully fit and mentally ready to face a such challenge. The task is almost in my garden so it is quite easy to jump on the opportunity if there (rest day and nice aerology). Let’s say it takes me 30’ to make the paperwork with the official FAI record document, send them to my NAC before take-off and be ready to fly. From my experience to break record in Australia, Texas, Brazil, it was pretty easy this time! 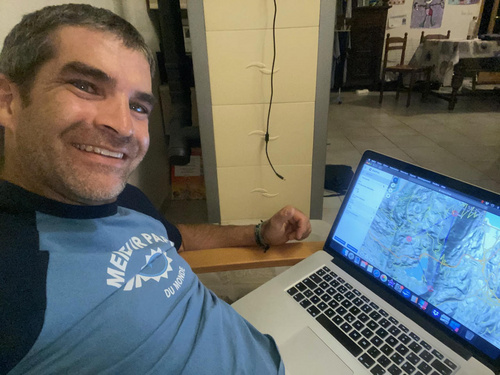 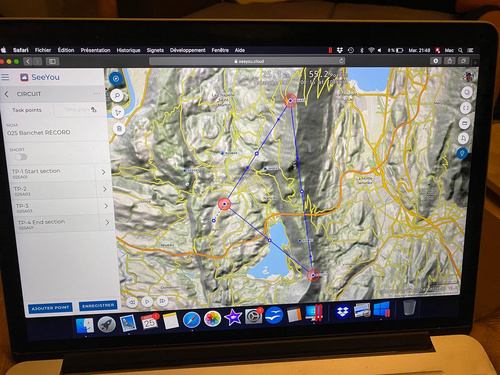 My Team partner Seiko Fukuoka Naville is the one to support this kind of project. She always pushes me to improve my skills with safety training, special full-speed training. She is one of the best pilots in the world.

I worked a lot with Thomas Theurillat from ONE DAY Coaching to have the right mindset in competition and to break the record which is 90% of the performance.

Keep the wing open, keep pushing through rough thermal and manage a safe landing as it was pretty turbulent on the ground later on.

I exchanged about the 25 km triangle project with a promising pilot Tanguy Renaud Goud who is also training to break this record. It is nice to see young pilot improving their skills for a goal and getting better and better. It pushes me to become better as well. The new pilot generation is amazing!

-          Tell us how it was to break the record. What was the most difficult? Decisive? Unexpected?

Maybe the most difficult was to take off! The ground was so dry, the grass disappears and there was always a break-in stuck in some tiny hood on the ground… It takes me 3 times to take off properly !!! I was not sure about the real wind strength then I say «Let’s go» and realize it might be a day to do something!

-          Any advice to pilots, interesting notice, some share of experience that you gained while breaking this record? 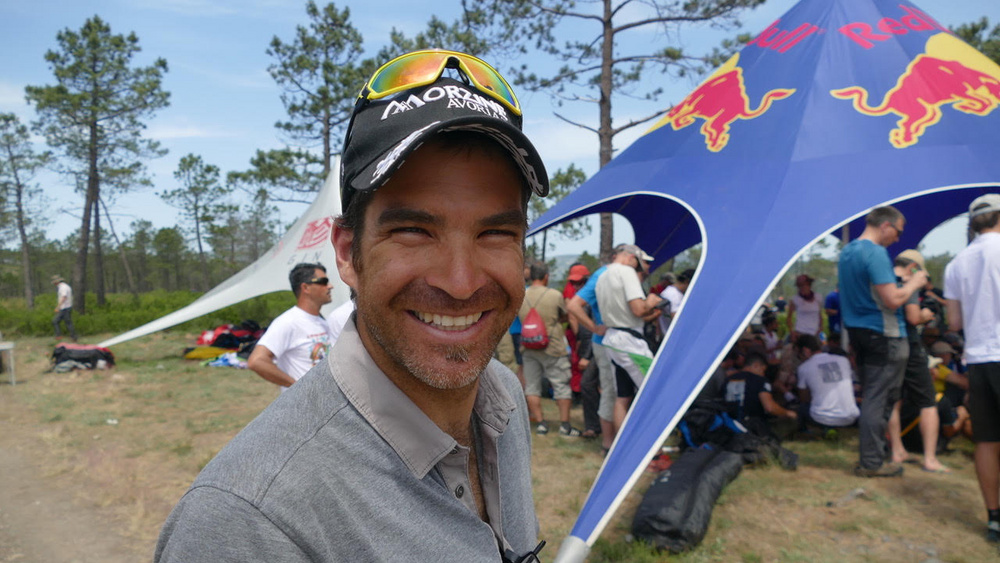