Melissa is the first female in the world to compete in scale, a huge achievement after rekindling her aeromodelling career just two years ago. David, on the other hand, has almost a lifetime of building and competing in scale models. In this interview, they compare the lessons they have learnt on the road to success…

David, how many years have you been aeromodelling?

How long did you practice flying before starting to compete?

I first learnt to fly RC in 1980 and my first scale competition was around 1984.

How long did it take you to build the Pitts Special, which you took to Norway?

The Pitts took about 4 years to complete. I started in 2006 and first flew it in 2010. I have however been working on it ever since 2010 up to the most recent world championships in Norway. 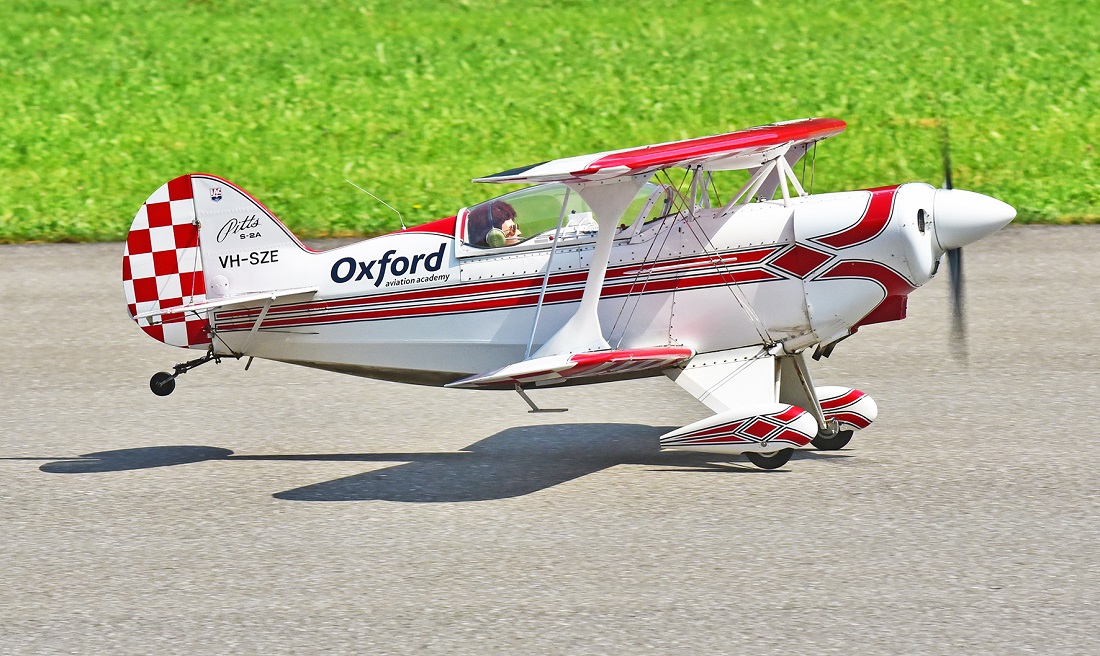 Are you planning to present a new model in the near future?

Yes, I am. For international competition I have a DH Vampire and a Laser 200 in construction now as well as a new plan for another aircraft that I might make a priority over the other two. I plan to have a new model by 2026.

As a top level competitor in scale, could you share some thoughts about these competitions, what is inspiring, how will they adapt in the future?

For us in Australia a scale world championship is a big adventure, not just a competition. Most of the inspiration comes from attending an international event. I usually find each championships relights a fire in me to continue for another two years to the next one. Sometimes it is hard to stay focused on the effort required to pursue further world championships, but you just have to get on with the job. I think in any sport there are times it is hard to continue.

Moving forward it would be good to see the rules of the competition refined but without changing too much. I would hate to see the current skill required in building and flying scale models lost because society has become lazy. The difficulty now is you can buy almost anything already built so when people are time poor that is a very attractive prospect, but the downside is the basic skills of modelling could become a thing of the past.

My love is in building and flying and I would like to encourage as many people as I can to enjoy the satisfaction of creating an aircraft with your own hands and then flying it successfully. 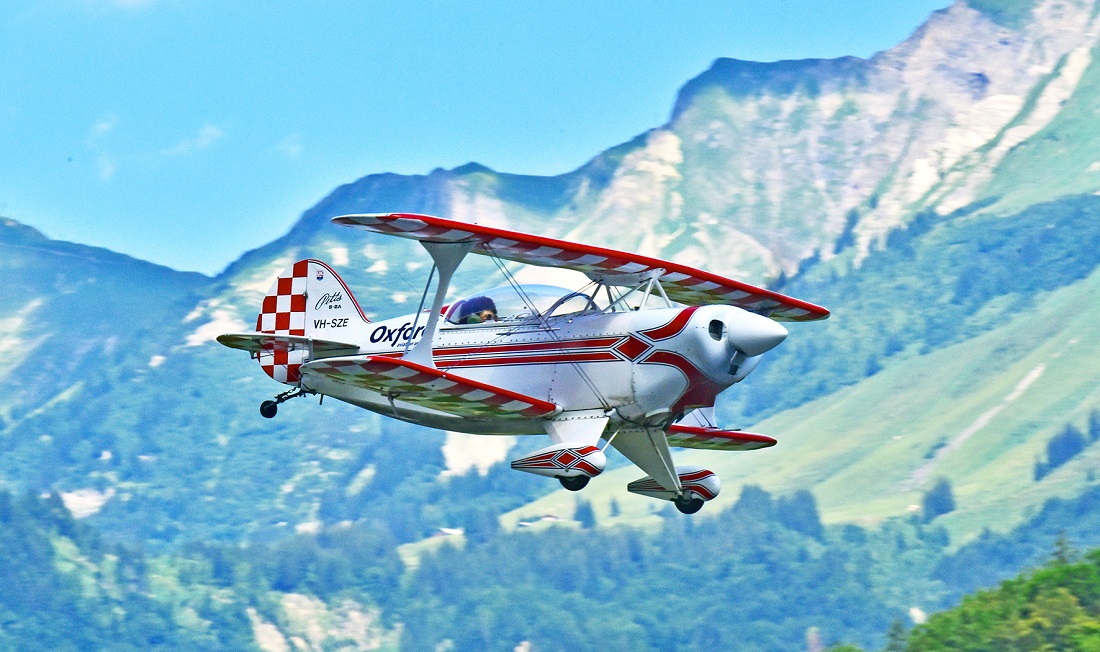 The Pitts Special in flight

Melissa, congratulations on your recent successes. How many years have you been practicing aeromodelling, and how many in this very demanding class?

I first started flying when I was about 10 years old at my local flying club with my dad.  After completing my solo rating, I started learning aerobatics and started competing in F3A.  It was then that I took a 30-year break from flying (not intentional), When I reconnected with David who I had known when I was younger at the same aero club, it rekindled my interest.

So, I have really only been seriously flying and competing for the last 2 years, but seriously practicing for the world champs for the 6 months preceding the World Championships in Norway.

F4H is demanding because it requires a lot of time to build the model so that it looks like the original. What appeals to you about this class?

I think F4H is great for anyone serious about scale aeromodelling, but not really sure where to start.  It can be as easy as simply just getting a scale model and flying it as per the flying rules (less static and the score that goes with it though), or get a kit as I did and recover, detail, and paint it. This way you do much better in static and achieve a good static score. I managed to get my hands on the full-size aircraft so I could measure detail.  There are also certain parts of the model that are not judged, eg, the cockpit, you just need a pilot. 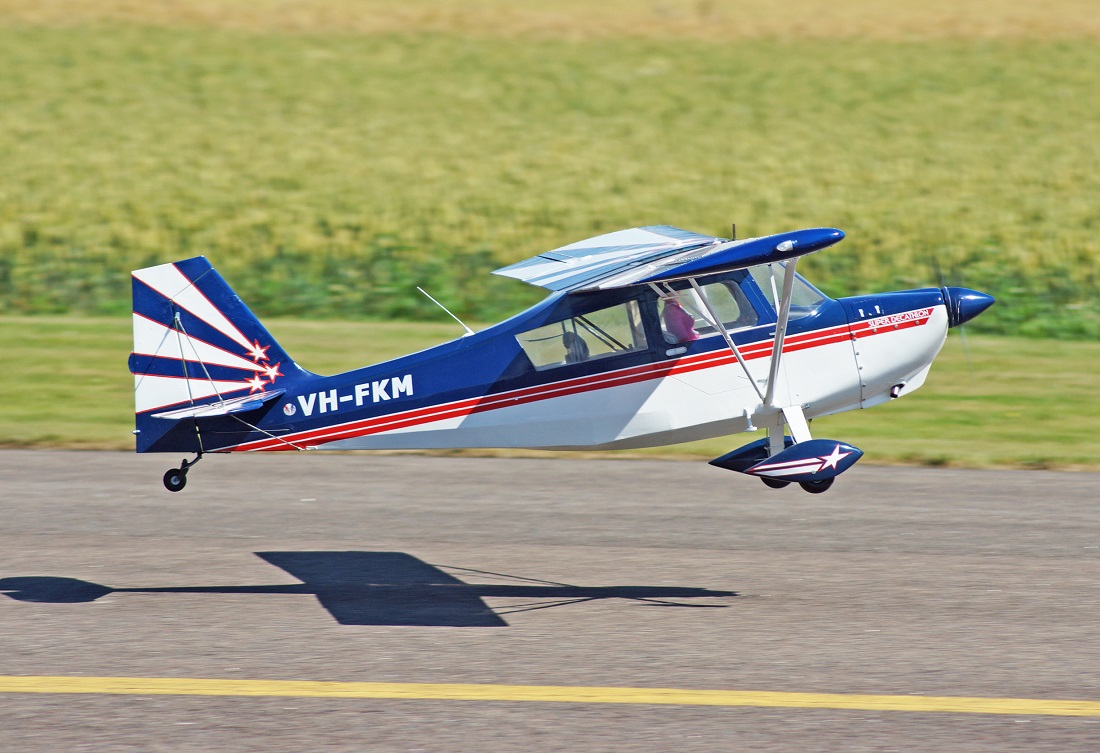 Are you happy to have aeromodelling as a hobby? Is there anything you could say to encourage other women to try it?

Yes, I love it.  I find it is great to help me unwind and just to have a laugh with mates.  I see loads of mums bringing their kids to the field.  I’d love to be able to get them onto the buddy box and have a go! They shouldn’t feel it is just a male hobby and if they want to try it, they should just do it. There’s nothing better than being able to enjoy a hobby with a family member.

What experience did you gain in Norway?

I guess having been a supporter and team manager previously, I got a little taste of the world championships and the pressure that can go with it.  The one main thing I can say is, be humble and willing to learn, whether you had a good round or a terrible flying round there is always something to gain out of it.  Be prepared to take on constructive criticism with your flying and static and ask questions, judges will always be prepared to discuss after the comp what you can do better.

What are your aeromodelling ambitions for the future?

Well, I’ve kind of ticked off being the first female in the world to compete in scale, so I guess getting into the top 10 at the next world champs would be great, and more generally, hoping to be a good role model for anyone and everyone wishing to get into the hobby, no matter what discipline. 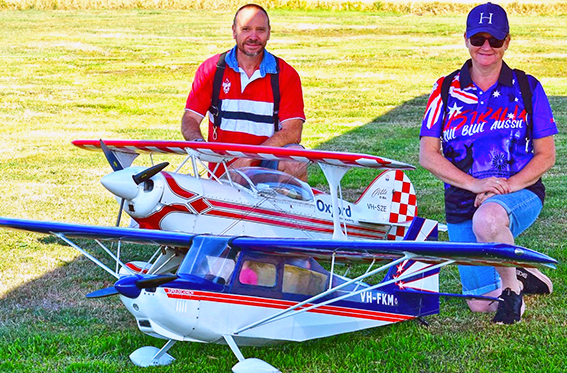 David and Melissa with their scale models

David, do you share the same workshop for building models, or do you each have your own space?

We both share the same workspace, this is good to have some company as building models is usually a lonely experience.

Melissa, how do you support one another?

I have always been Dave’s No. 1 supporter.  I’ve never met a more dedicated person in the sport and hobby.  You can’t really get a better mentor.

David, it sounds ideal to have a companion in your hobby!

Yes, I would like to pass on to Melissa as much of my knowledge as I have. I love to see the satisfaction on her face when she realises she has created something and does it so well.

And do either of you feel you have inspired others to start aeromodelling?

David: Other than Mel who I am exceedingly proud of, I don’t think I have inspired other family members, but I do hope I inspire people in general in modelling.

Melissa: My father flies F3A and was a long term international F3A judge but, I don’t think I have any other family members that show an interest in joining aeromodelling. As a female in the hobby and to be the first female in the world to compete in scale, I hope I’ve done my family proud.

Do you have any advice for the new generation of aeromodellers?

David: Yes - when you know what you want to do in aeromodelling, attach yourself to people that are already doing it well. Be prepared to listen and be prepared to be disappointed and wrong at times, but never give up. Stay focused on the advice you get from good people around you and don’t waste your time on endless social media blogs. Don’t be afraid to ask questions and ask for help. Never think you know everything there is always more to learn. Never forget to enjoy the ride because it supposed to be enjoyable.

Melissa: I cannot agree more with Dave and his words above.  Be patient, listen and park your ego. 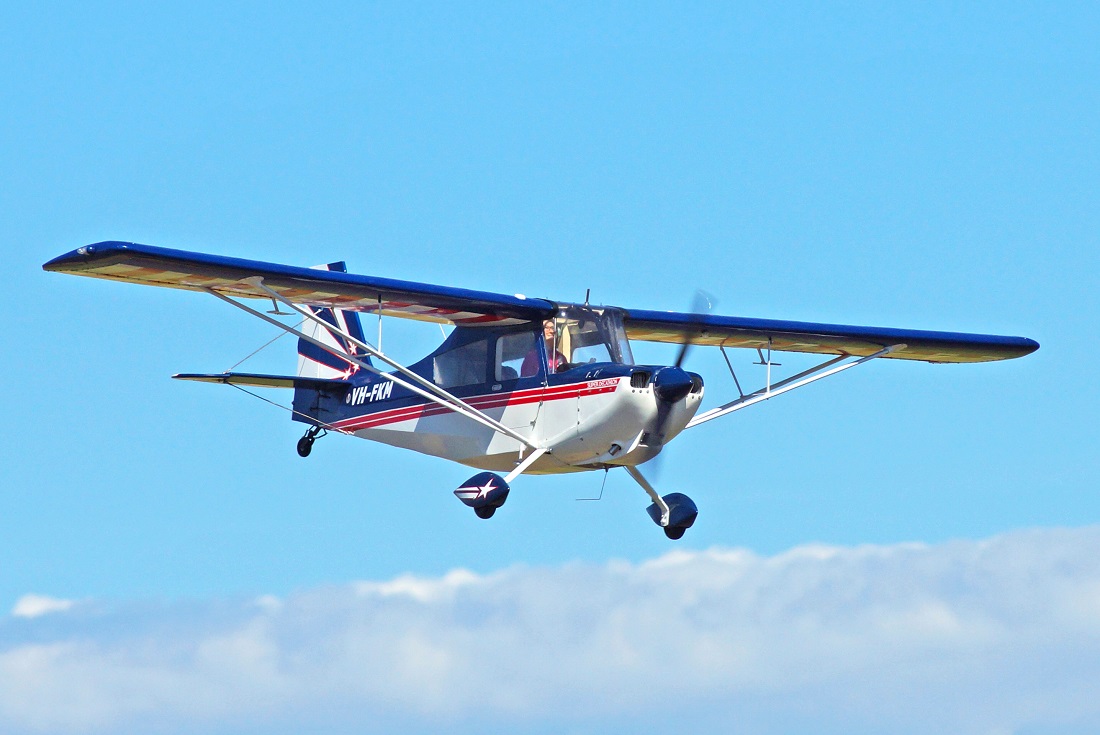