Crowds of Czech fans were cheering madly among the 40,000 spectators at the first-ever Red Bull Air Race in Wiener Neustadt, Austria. Their hero Martin Šonka won the race – his third in a row – and in doing so, climbed to the top of the World Championship standings.

Defending World Champion Yoshihide Muroya of Japan was just 0.036s behind in second place, while Australia’s Matt Hall claimed the third-place trophy on his birthday.

The race in Wiener Neustadt started with a stunner in the opening Round of 14, when the USA’s Michael Goulian, who came into Austria at the top of the World Championship leaderboard, incurred a two-second penalty and lost his head-to-head, opening the door for the pilots tied for second overall in the points, Šonka and Hall.

The pair made the most of the opportunity, charging through the Round of 8 and into the Final 4, where Muroya nearly played the spoiler with a time of 59.324. But Šonka – who had won the previous two races at Budapest and Kazan – held his nerve and soared right out of the standing start to a breathtaking finish with a time of 59.288.

Young Frenchman Mika Brageot was 0.800s off the pace, so it all came down to Hall, whose 59.371 was good enough to round out the podium. 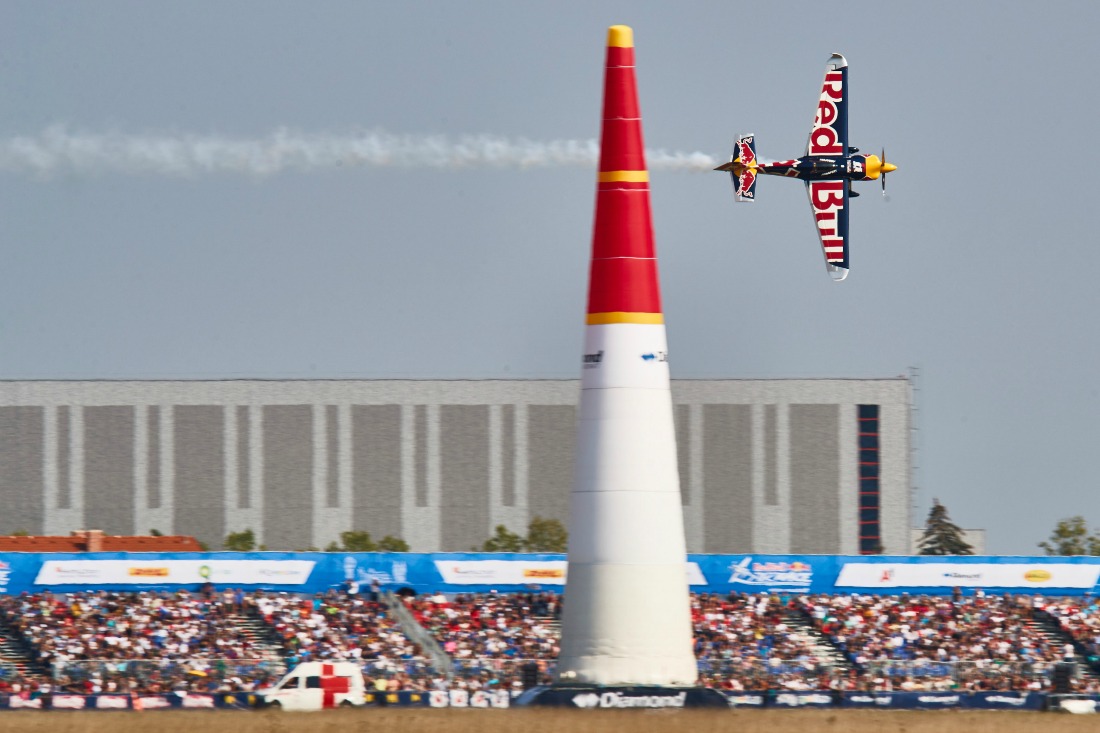 “I can’t describe the feeling of winning three in a row, there are no words,” said Šonka, who had a bumpy start to the year with two disqualifications.

“It’s super early to say exactly what this means, of course, but because of all the challenges we’ve had, it’s an incredible season for us. It’s not the end, there are still 30 points on the table. So a lot of work in front of us – two big battles until the end of the championship. But we would like to continue this way to the end of the season.”

With just two speedway races in the USA to go, Šonka leads the standings at 64 points, with Hall at 58 and Goulian holding 55. Muroya and Brageot, meanwhile, are hot on the chase for the World Championship podium, tied with 34 points each.

The next stop is Indianapolis Motor Speedway, where Šonka lost the title to Muroya in the final run of the 2017 season finale. But can anyone break the Czech’s winning streak this year?

“Martin’s definitely beatable,” stated Hall, who has two race wins of his own in 2018. “He’s flying very cleanly, and his plane is obviously pretty fast, but we set the fastest time of the day in the Round of 8 [58.394], and I flew the same lines again, but my engine was just stinking hot, so it lost a little power. We’re happy that we're doing the right stuff to be able to win races, so we’ll go from there.”

The next races will be unmissable. Tickets for the speedway showdowns in the USA – including the penultimate race of 2018 at Indianapolis Motor Speedway on 6-7 October – are on sale now. For more information on tickets and all the updates, visit www.redbullairrace.com