Chiba is the 3rd stop in the 2018 Red Bull Air Race Championship calendar after Dubai and Cannes. After a thrilling race, Matt Hall (AUS) made it to the top of the podium, continuing his dominance by claiming a second consecutive race victory after picking up a trophy in Cannes.

Hall defeated Japan’s home hero Yoshihide Muroya in the very first round in Chiba, with Michael Goulian of the USA claiming his third podium of the year in second. The Czech Republic’s Martin Šonka got his season back on track with third. 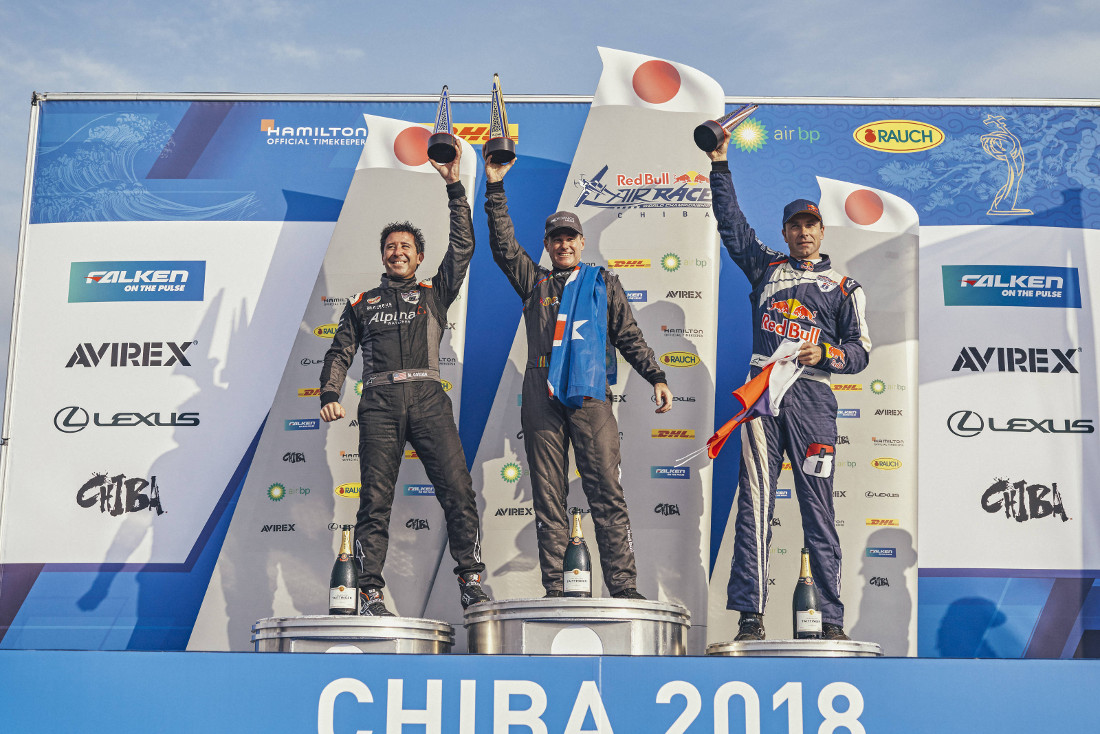 Crowds of 70,000 people packed Makuhari Beach over the weekend to see their hero Muroya race at home for the first time since winning the World Championship in 2017, but their delight turned to dismay: charging for a third home win, the Japanese pilot exceeded maximum G in his opening run, resulting in a Did Not Finish (DNF*), advancing his head-to-head rival Hall. 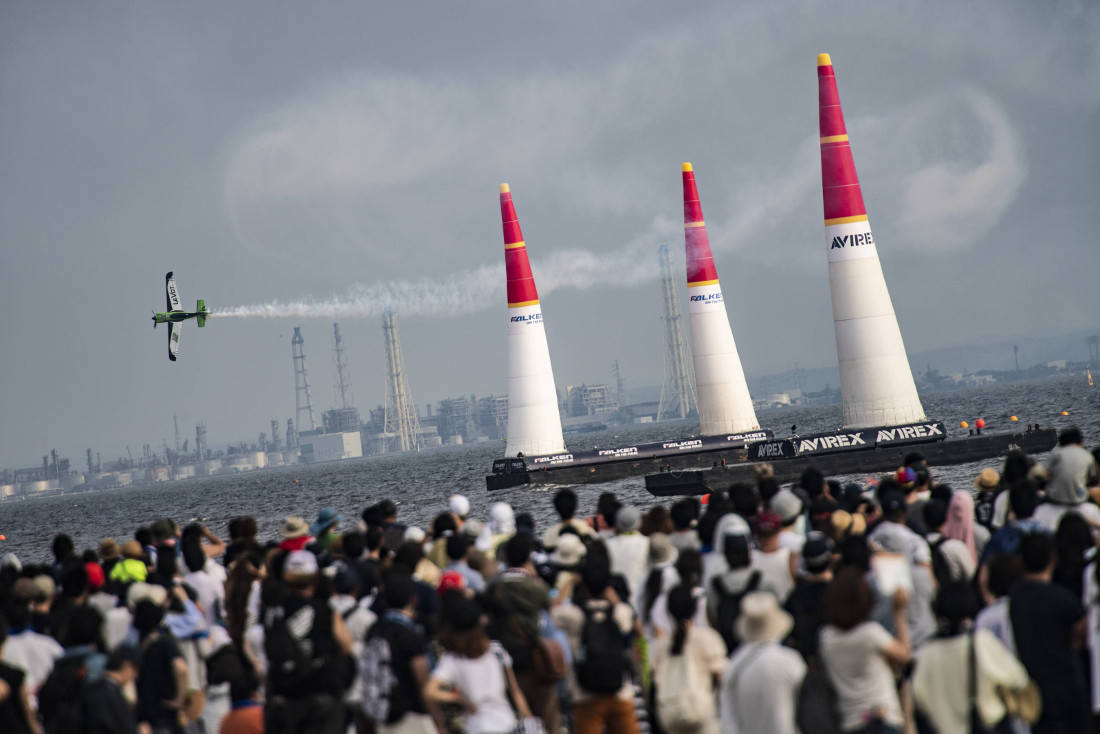 "The fan culture in Japan is amazing, so enthusiastic. I knocked their guy out and they still embrace me.” - Matt Hall

In the Final Four, Goulian, Šonka, Canada’s Pete McLeod and Hall wrestled for the victory. Goulian laid down a time of 56.695, while Šonka and then McLeod both pushed to two-second penalties. Hall’s clean run under pressure nipped the American by just 0.319s.

“We like to think it’s getting back to where we were a couple of years ago,” said Hall, who was twice runner-up in the World Championship before dialing in a new raceplane during the 2017 season. “This one feels even better than the last race, and we are proud of our team – it’s a team sport and there wasn't a single error from anyone. I hope this race will be part of the calendar forever." 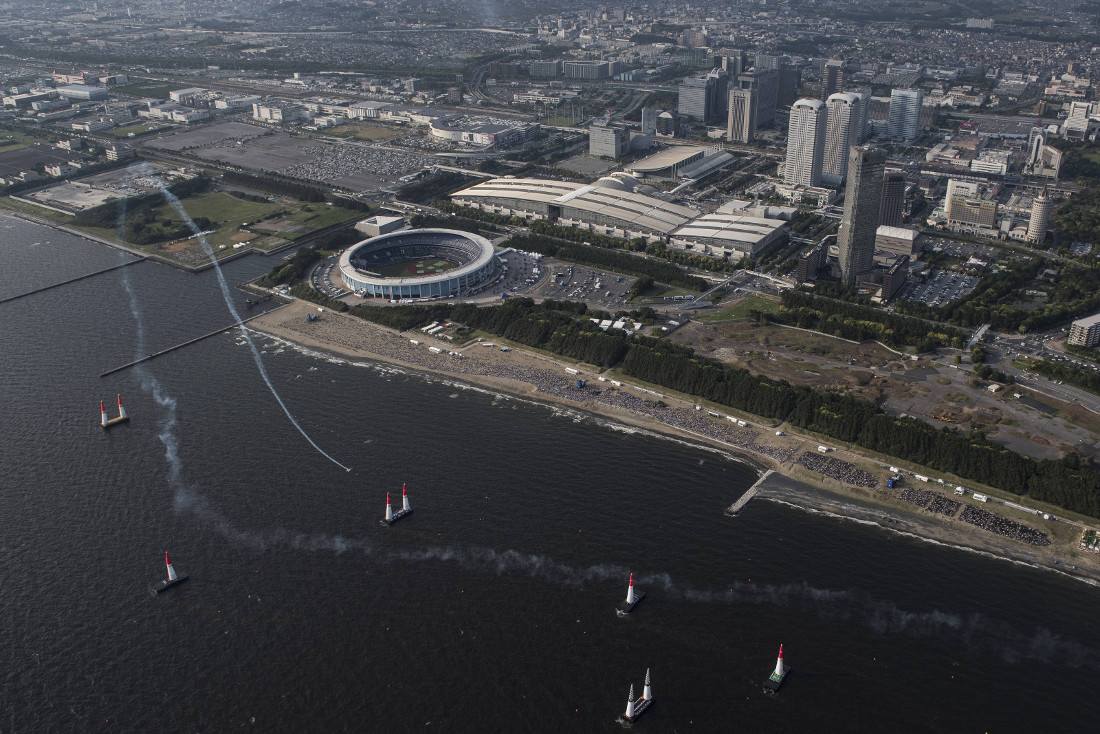 Budapest, Hungary is next, as the raceplanes return to the sport’s spiritual home. And at the midpoint of the season, the all-time classic stop will be a free-for-all. With the exception of Canada’s McLeod in seventh overall, every pilot in the field of 14 is tied in the points with at least one other contender – most notably Hall and Goulian leading the way with 36 points each. Muroya and Šonka, who finished one-two in the 2017 Championship, continue their epic rivalry at 19 points each; 2016 World Champion Matthias Dolderer of Germany and the surprising young Frenchman Mika Brageot each have 15, and so it goes right down the line. A single breakout performance is sure to shake up the standings.

Here is all you need to know about the action in Chiba: