Team Mélanie Astles is four-time French aerobatics champion who made the transition to Red Bull Air Race this year. Flying as part of the Challenger Class, the training class of the Red Bull Air Race World Championship, she is the only women competing on the circuit.

Melanie, we met you back in Abu Dhabi at the start of the season, and now that season is over. What have you learned? How does flying the Red Bull Air Race differ from classic aerobatic competition?

It's a very interesting question. The difference is that in the Red Bull Air Race we are flying very close to the ground, which requires a lot of focus. Aerobatics is a lot more technical, and it's also more physical because it's longer and we do two or three 10-minute flights a day.

Is there anything you have found difficult in making the transition from being an aerobatics pilot to the Red Bull Air Race?

Like any new challenge it's always difficult at the beginning. I'm the new one and I'm probably the least experienced pilot of all the pilots. Even among my new Challenger colleagues, there is the Royal Air Force leader of the Red Arrows, or Kevin has been flying low and upside down for many years.

So for me it was really very new to fly low like this, and I needed to understand it. And I also needed somebody to help me a bit, so this is why I asked Paul Bonhomme, who is three-times World Champion in the discipline, to help me out. He has been really super to me, so kind, I can thank him now for his help.

When you are new in the discipline you don’t know, you have a track map, you need to find out how to go through this map and track, and he has given me some help on how to do it. It’s given me more confidence and helped me be safer.

We also have a lot of coaches that look after us, which is great. The team is great. The transition has been nice. I've learnt a lot of things and now I'm putting them together, it's been good.

What has Paul Bonhomme done specifically?

He has given me so much, but mainly his advice is ‘have fun while you do it, and if you're not having fun find a way to have fun’. You have to have fun, you have to focus and you have to be smooth, and that doesn’t mean slow, it means a nice style of flying.

How do you stay having fun? There is a lot of pressure involved...

Yes, it’s high pressure because it's very short. When you go for your race you must be absolutely perfect in your mindset. When you say having fun it means ‘enjoy what you do’. If you are stressed it won't work out as you want, whereas if you go in a relaxed way and you really remember to enjoy what you do, then suddenly it becomes easier.

Early on I maybe had a problem where I was enjoying it too much. I was seeing video where I was smiling on the track, so I tried to say 'Ok, I'm enjoying it but I'm still focusing' and now I'm finding a good balance.

Is there anything that you have found easy about it?

Easy is difficult because we are flying close to the ground, but what is easier is the physical part because honestly in aerobatics when you fly a lot of negative-G then positive-G, there is close to 20G variation, which is very demanding for the body.

I think it is less demanding for the body, but more inside your brain you need to be fully focused. It's like the guy skiing downhill racing, it's very short but it has to be perfect. Maybe the guy has been working four years for that moment, that race. He has to be absolutely perfect in this run, and we are the same, it's one shot.

What happens next year?

I hope to compete in the Challenger Class again. I think I have learnt a lot this year, and now I need to confirm it all for next year. I will be able to train all winter to become competitive next year. I will go on training camps, and really train with my brain.

Do you use a simulator?

I don't have one, and I'm not a simulator person. But it's something I know I should do. It trains your brain to the sensation of the track.

And finally, will you do aerobatics competition next year?

I hope to do the FAI World Aerobatic Championships in South Africa, but I need to get there. Maybe we will share a plane between three or four pilots. The aim will be to fight for the World Championship title, yes. 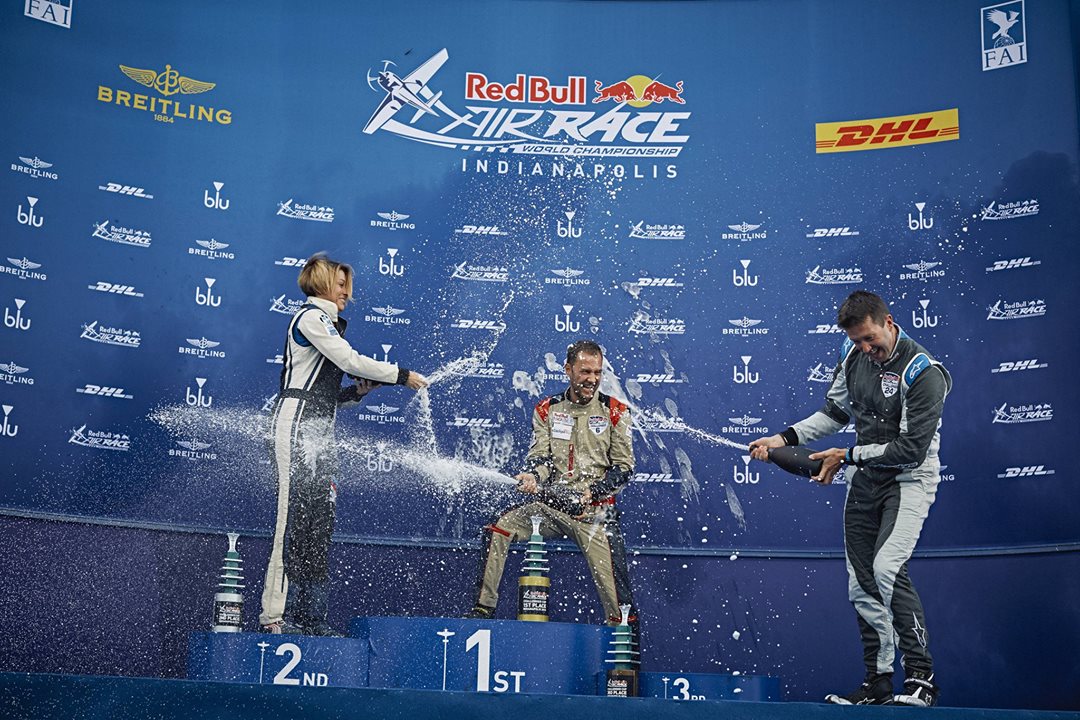