At sunset the Opening Ceremony of the 2nd FAI WCWF commenced with a local military troop, Nellis Air Force honor guard marching in with the flags of USA and FAI, whilst team members from each of the 11 competing Nations jumped into the event carrying their National flags.  This was followed by a beautiful rendition of the USA National Anthem by Christopher Martin.  Sammy Vassilev commenced the speeches part by welcoming everyone who was here to participate in this World Cup, competitors, FAI controller; John Smyth, Meet Director; Jimmy Hayhurst,  Judges led by 'Buzz' Bennett, Jury, Pilots and all the people who were here to help make this happen. He said this was the fullfilment of a dream - to host a World competition event on his own Drop Zone - and despite the hurdles - he had made it.  This had been a tremendous year for Skydive Fyrosity which celebrates its first birthday on 19th November 2017.   There then followed introductions to the various officials of the competiton and a speech from Brian Burns, Moapa Valley Town Board who wished everyone a great competition and said how proud Moapa Valley was to welcome so many international visitors.   There was also a short speech from Josh Hall, Regional Director of USPA, who got a round of applause and cheers when he said that USPA invited all to drinks and a meal following this ceremony.   The Meet Director Jimmy Hayhurst then gave the planned schedule for the week, starting in the morning with Acrobatic Flying - although he was kind and considerate in announcing an 8.30 arrivel at the DZ with a first take off planned for 10.00.  Performance Flyers were stood down for the day - their competition would start on Saturday morning at 8.00 a.m.  However he also announced that thanks to the agreement of the Jury and Chief Judge those performance flyers who wished to, may continue practice jumps tomorrow, which would go some way to assisting the organiser recover some of the losses he has incurred hosting this competition.  Finally a very short speech from the IPC President, Dr. Rainer 'Exi' Hoenle - also President of the Jury - the raising of the FAI Flag and the playing of the FAI anthum.

All of the above had been possible following the meeting between the Jury and the FAI Controller that all was in place and the competition could start.  See the 1st Jury Notice 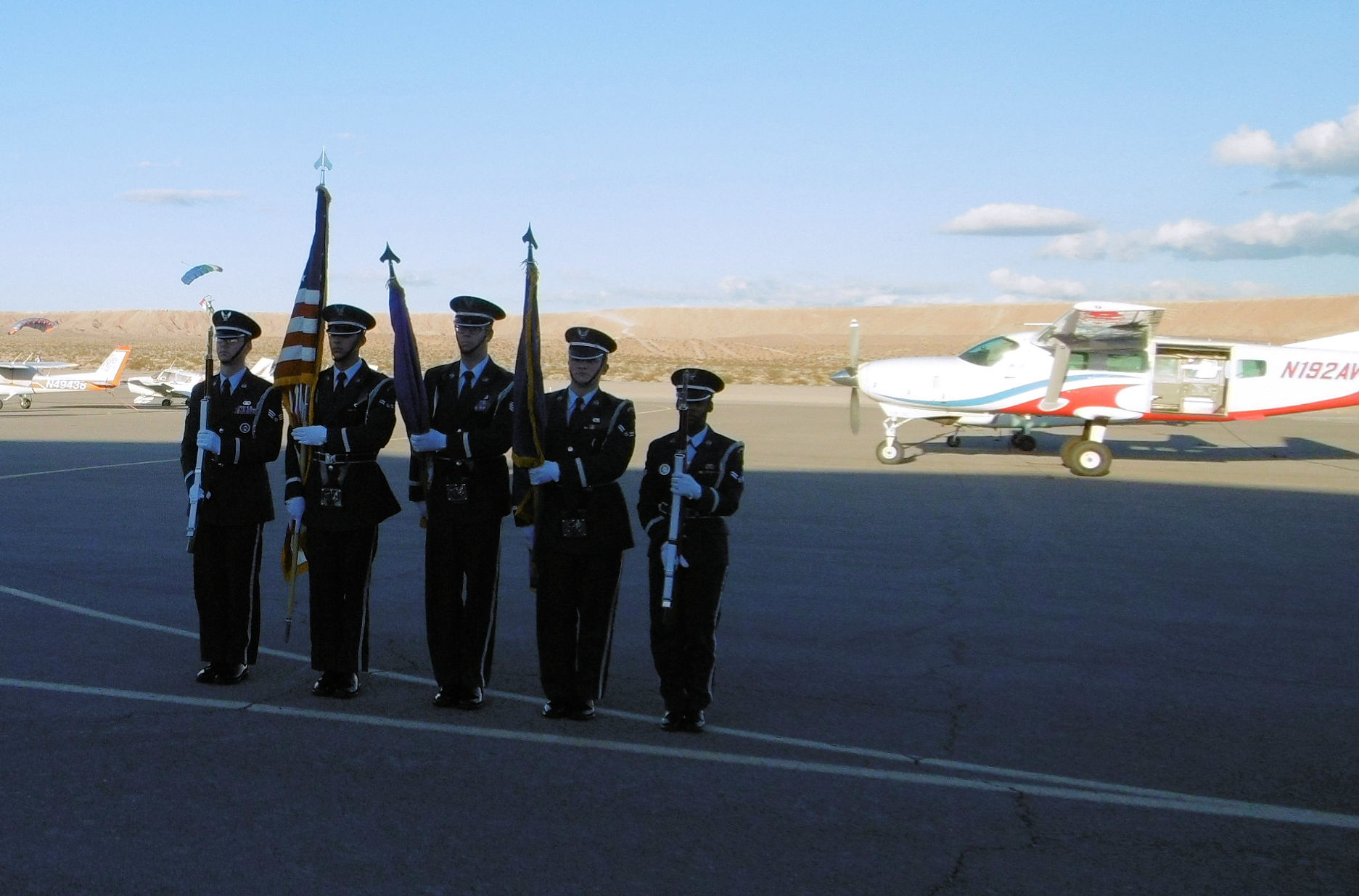 The Acrobatic competitors - 7 teams in all, 3 USA, 2 UK, Russia and Norway, then went to the Judges briefing and draw.  Buzz explained the changes in the rules since the last World Cup (agreed at the 2017 IPC Plenary Meeting in Faro) and also what the judges would be looking for, and accept, as a defined 'hand hold' or 'grip'.  Following a couple of questions he then commenced the draw for the Compulsory Rounds: 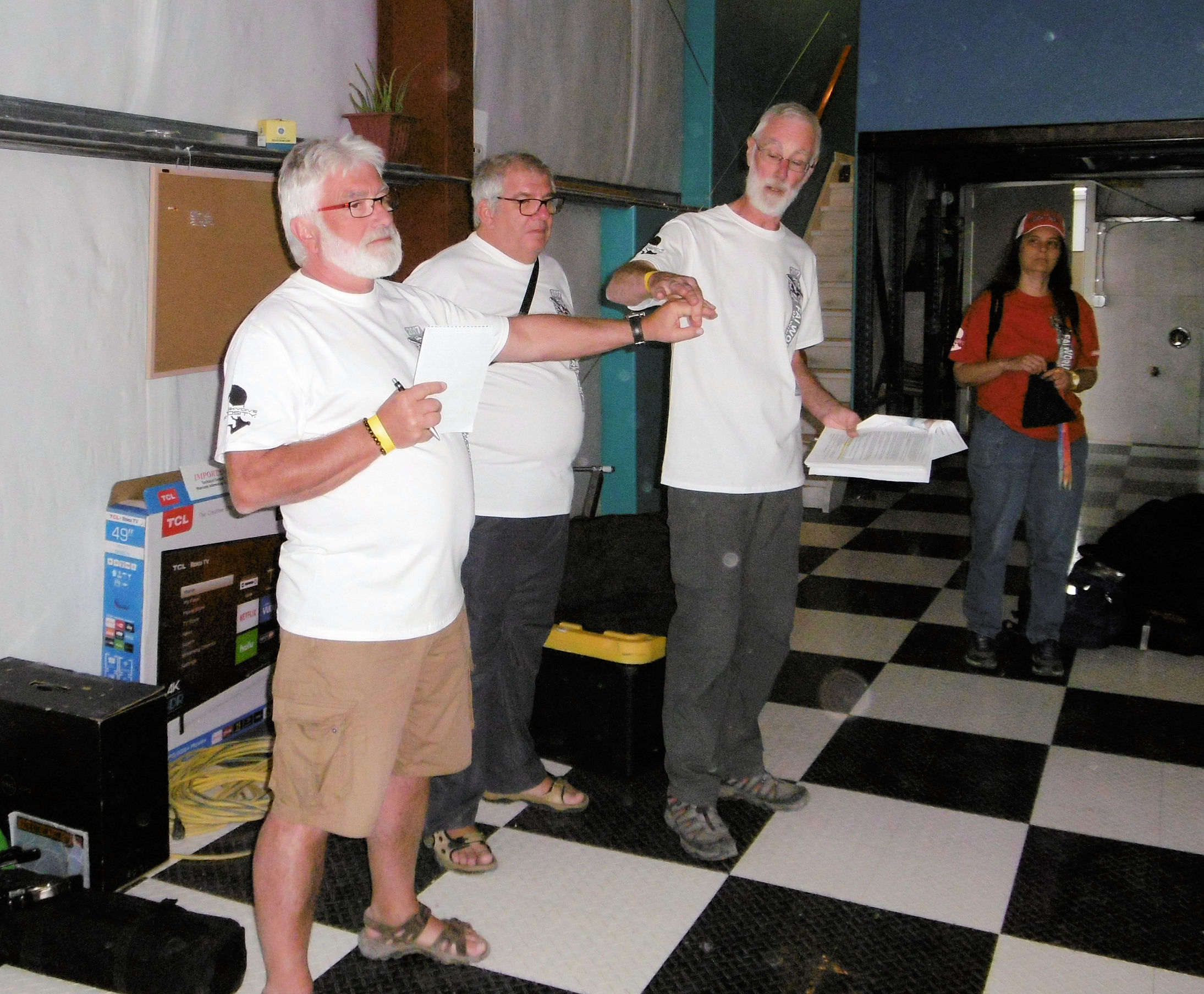 There followed Party Time - once again thanks USPA. 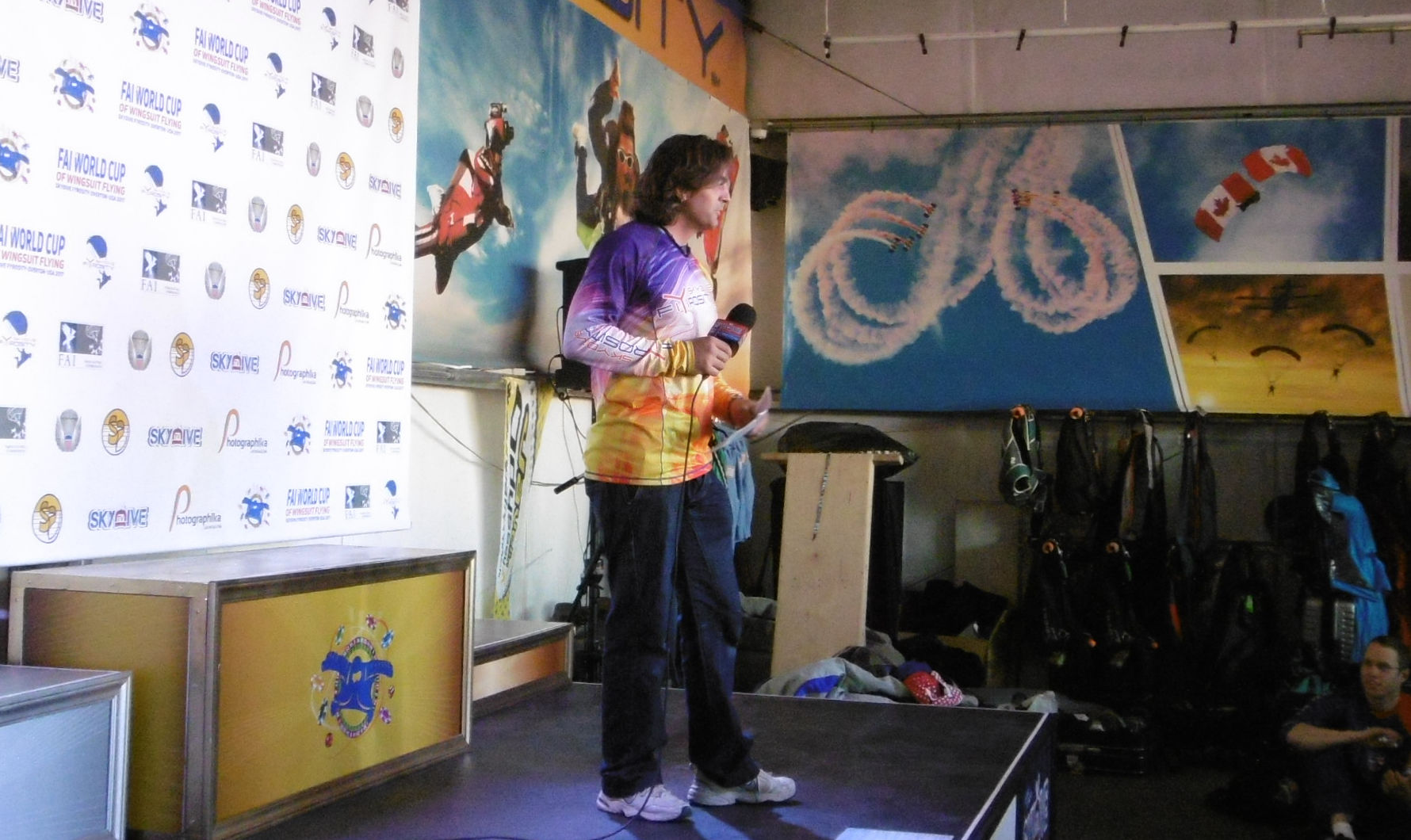