International and local aeromodelling pilots from around the world are looking for other ways to practice their sport following the coronavirus pandemic and resulting competition cancellations. Existing and new online aeromodelling competitions are gaining in popularity. These competitions allow aeromodellers to compete safely from their home airfield. In Scandinavia, Control Line Model pilots have taken the initiative, organising online competitions (official website and forum in Swedish) in Weatherman Vintage Speed.

The rules are simple: fly as fast as possible at one’s home airfield, and then send the results to the event organizer. Results are published on the competition forum and also emailed to a dedicated mailing list.

Anyone can participate: old, young, men and women. The only condition is to have a Weatherman model that conforms to Scandinavian rules. So far four competitions have taken place, and four more are planned for July, August, September and October (subject to change, depending on the Covid-19 situation). 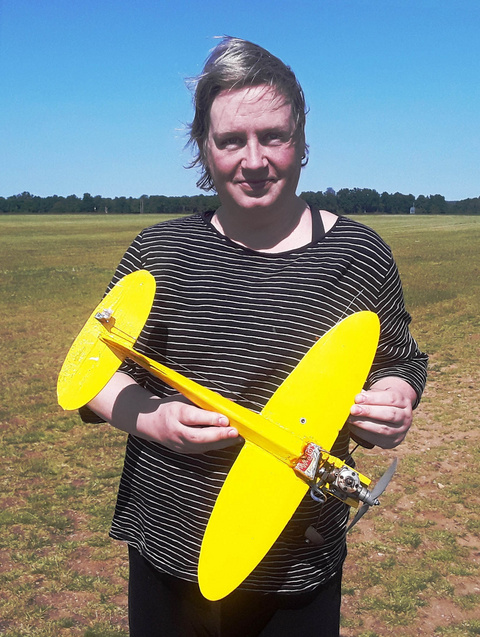 Mona Hellsén of the Snobben Club in the south of Sweden,
was the first female competitor.
She took part with a yellow Weatherman equipped with a 2.5 cc Glow engine.

The Weatherman model was constructed by Cyril Shaw and published in 1947 with a Mills 1.3 Diesel engine. Years later, SAM (the Vintage Society) adopted rules to fly it as a Vintage contest class, including different engine sizes. Every engine size flies in the same contest and placing is determined by how close competitors get to the record in their class. 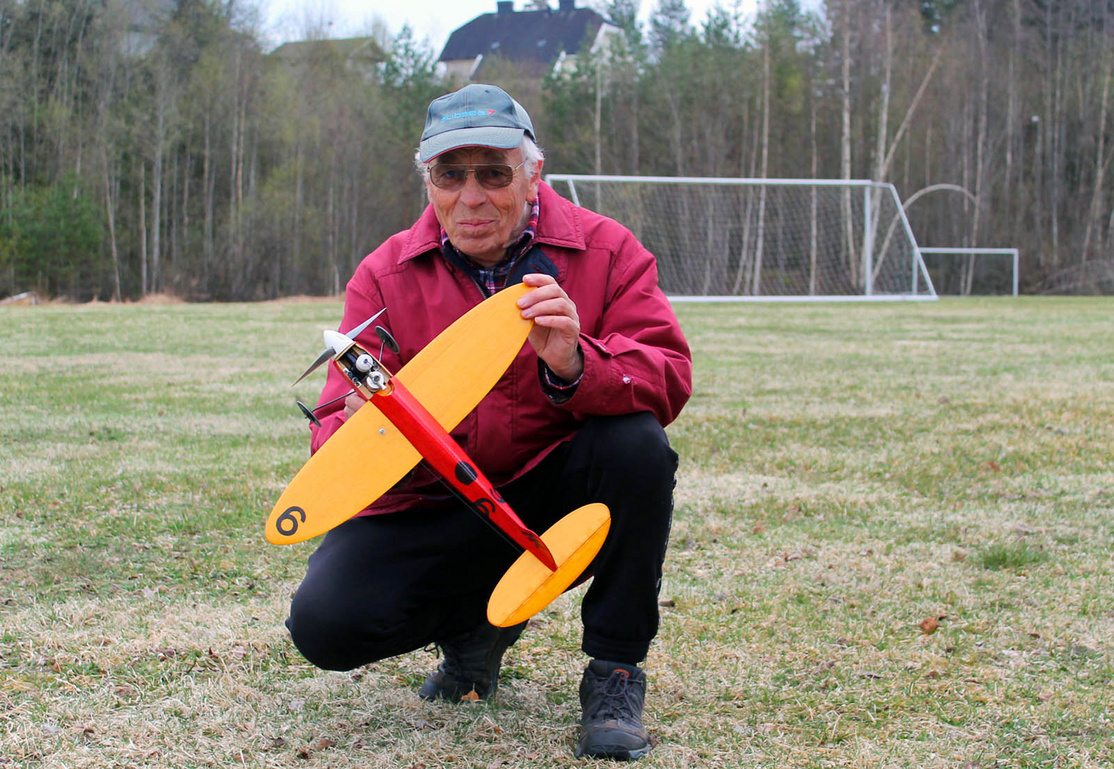 Harry Kolberg of Norway was one of two flying with Weathermans with the original engine; a Mills 1.3 cc Diesel engine.
Harry is an experienced pilot, known in F2B, F2C and F2D circles.
At the first post contest in April he performed his flights on a frozen lake, as that was the flattest surface he could find at that time.

In 2015 Weatherman was introduced as a contest class in Scandinavia. It has since become the largest class in that region, with around 50 pilots with a model or a model under construction.

A set of Scandinavian rules were devised, which include two big differences from the SAM rules: pilots need a silencer for engines from 3.5 cc and up, plus a record list where Diesel and Glow engines are separated. In addition to this, a new engine class was introduced using the Old Danish Viking engine, so today there are 16 classes with engine sizes from 1 cc to 10 cc. 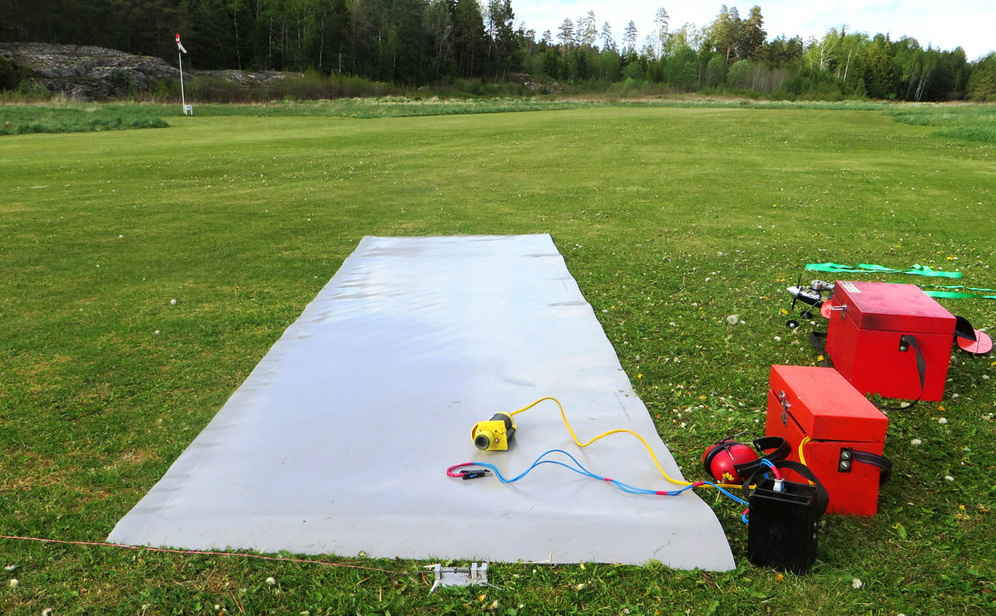 Even if you have no problems with a flat and cut-grass surface, a plastic carpet makes the start smoother.
Timing starts from the moment the model is released and continues for a class-specific number of laps (6 to 10), depending on the line length.
Most pilots use an electric starter. In the front you can see the semi-automatic device used by the pilot to release the model at the start.

From beginners to world-class competitors

The pilots taking part in these contests have a broad background: from pure beginners to World Cup and Championship pilots. As proxy flying is permitted, even pilots that for some reason can’t themselves fly, can build a model and take part in our community. In addition, the model is simple to build and easy to fly.

Weatherman is suitable for online contests because competitors fly against the clock and not in heats (like Team Racing or Combat). Another factor is that it can be flown on both grass and tarmac, meaning that most pilots have access to a field without having to travel long distances. Also, only three people are needed to fly: one pilot and one mechanic, plus a timekeeper. If a semi-automatic start device is used, only two people are required. 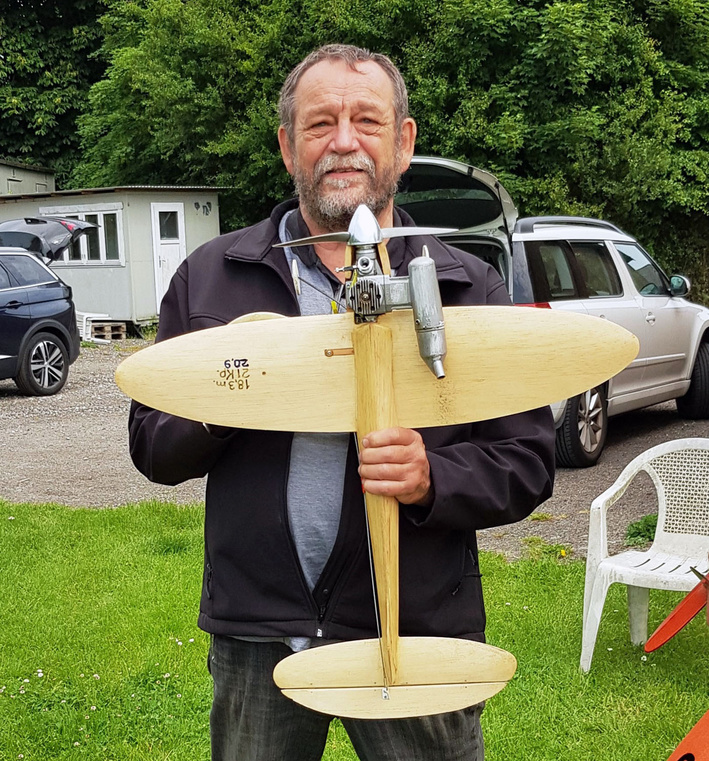 So far there have been four online contests, with pilots from five countries taking part. The last contest, called the Jubilee Scream, attracted 27 entries (including the first female pilot). The participating pilots ranged from juniors up to the oldest, who is 80 years old. No matter what age, the key factor remains is how well their equipment has been prepared. 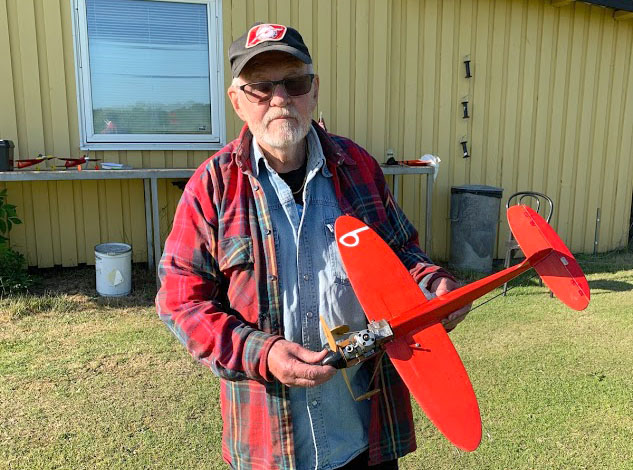 Alf Eskilsson of the Swedish Kungsbacka Club flew with his old Super Tigre 2.5 cc Glow engine.
He is an F2B pilot and has at represented Sweden at World and Euro Champs many times.
At the age of 80, he was the oldest competitor at this year’s Jubilee Scream.

Top picture: The Weatherman model can be built in three sizes. For the 1 cc engines you are allowed to make it 25% smaller and for the 6.5 cc/10 cc engines it may be a factor x 1,414 bigger. The middle model on the photo is of the original size .