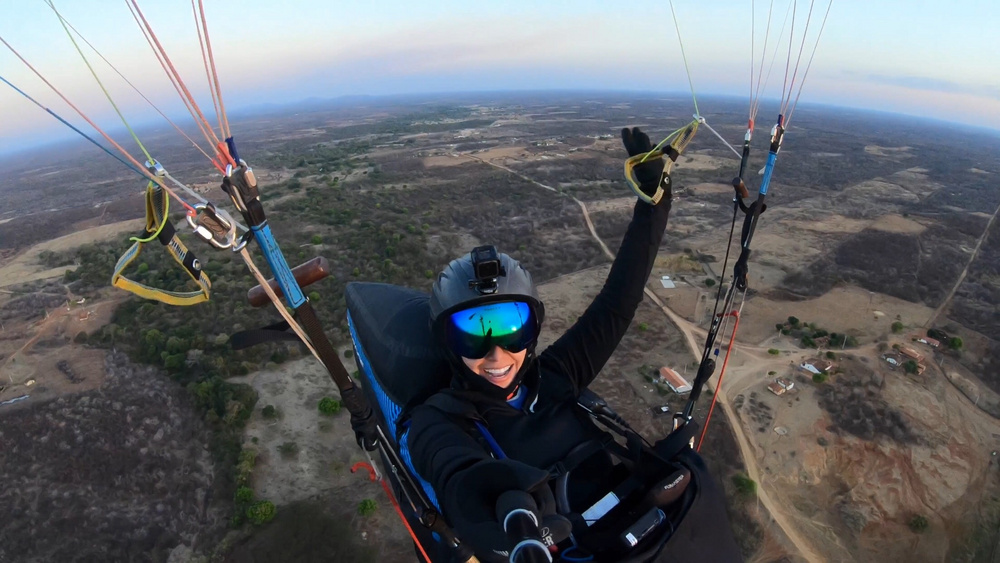 I did a skydiving tandem flight and love it, but as it is so expensive and in my hometown, there is a paragliding community, they offered me to teach me for free as I was the first girl to fly in my city. And since the very first moment I took my feet off the ground I was completely in love.

I met the world record holder Kamira Pereira in 2010, when I started flying, and listening to her telling me about her flights totally inspired me and I thought: “one day I want to be the woman who made the longest flight on Earth”. In addition, Klaudia Bulgakow and Seiko Fukuoka are my huge inspirations.

Last year I achieved the Brazilian Female Record, flying 362.4km. Regarding competitions, I have good results on nationals and regionals, also in PWC Andradas 2017, I was 3rd female.

I was invited by the “world record holder’s team”(Rafael Saladini, Marcelo Prieto, Frank Brown and Samuel Nascimento) to join their expedition to “sertão” this year and to be part of their team. It was a huge dream coming true, only being part of this team. As the towing launches are getting popular (and I totally understand why, as it is much safer than foot launch and increases the average speed of the flight) the team chose Assu, Rio Grande do Norte, to give it a try. And it seems it worked really well.

The previous female world record was from Seiko Fukuoka last year in Australia, 402km. My previous personal record was 362.4kmin Patu, Rio Grande do Norte, last year, and it was Brazilian female record.  The flying conditions of the record this year was very difficult. Turbulent, blue and with a thermal inversion. Last year, it was fairly easy to fly as we had clouds all day long. Also, learning how to fly as a true team, the philosophy of helping each other to reach a common goal.

I have been preparing myself for two years or more. This year was very intensive as it is my first year flying a CCC wing (Enzo 3), so it was a big challenge to prepare myself to be ready to face the “big air” conditions in northeast Brazil. Luckily, I had the chance to fly in PrePWC and PWC in Turkey just before going to “sertão”, and it was a perfect preparation for it.

My good friend Walter Oliveira helped me a lot getting prepared, flying together in different conditions. Rafael Saladini is my main coach, he taught me everything I know about flying in northeast Brazil.

My preparation was mainly alone, I joined as many competitions I could to learn to fly as fast as I can. I had the support of the Brazilian League, to do a SIV course and to go to PWCs. In addition, I worked out a lot to prepare myself physically and started to meditate to train my mind.

The mind for sure. It is hard to keep it calm sometimes. The routine in “sertão” is very exhausting and demanding. Therefore, learning how to deal with our emotions throughout the frustrations is very tricky. I have a good friend who says: “the success depends on how you deal with frustrations”.

As I said, Rafael Saladini is my main coach. But I also have to thank Cristiano Ricci (top local pilot) who taught me so much about flying, for sure I owe to him a lot. Walter Oliveira, also the local pilot, helped me a lot along the way. And the Brazilian League supported me. Not to mention my whole family who has always supported me in chasing this dream.

The flying conditions of my record flight were very difficult. Turbulent, blue and very challenging. I was the last one to be towed, so I flew the first km by myself, then I was able to connect with Frank Brown and Marcelo Prieto and later on, we connected with Samuel Nascimento and Rafael Saladini. It was very very turbulent, it was not easy to fly the Enzo S in those conditions, so I was able to eat something only after 2 pm. I think I did not fly very well, I always climb well, but that day I could not do it very well. Only between 10-12pm we had clouds. After Quixeramobim, turned blue again and the whole flight there was a thermal inversion making it more turbulent. We had several low saves. And when I thought it was getting weaker (I was even thinking of releasing the ballast) we took a 8 m/s thermal in the lee side that we climbed out as we were papers. Although, the end of the flight was extremely difficult, very weak, blue and we were stopping at any bubbles we found along the way. It was very difficult to maintain concentration after beating the women's world declared goal record at km 377. But I swallowed the celebration and concentrated on my main dream. I was 10km to record, 1000m above the ground. Theoretically, I already knew it was going to happen, but there were so many "almost", that I only believed when I saw the 403 appear on the GPS screen, that moment I cried out of happiness, unique feeling in my whole life, never felt such big emotion like that. But until then, I did not even breathe so I did not miss any gliding haha. And I still glided more 7km, totalling 410.72km. Taking off in Assu in Rio Grande do Norte, cruising the whole “sertão” and landing near Tamboril in Ceará. It was 9h48 of flying. What a flight! If it were easy it would not be record, and being on a bad and difficult day gave an even better taste. As I said last year, there is no greater connection to nature than flying the whole day. Without engine, without anything, only you, your paraglider and the wind. Taking off with the sun on your back and ending the flight with a final glide towards the best sunset in the world, in the best place. There is no better feeling in the world. That is where you are sure that all the suffering is worth it. And with the thrill of having beaten three world records. For sure, it was the best day of my life! Dream of a lifetime!

My big advice would be, never giving up, always believe in your dreams and do whatever it takes to pursue and fight for them. The journey is never easy, but living it every moment makes it more enjoyable. Because even though the final point is where you want to be, all the long and hard way to get there is what really matters if you enjoy it. I mean, even the wrong flights, the days that I bombed out in the middle of nowhere had to walk a lot with 30kg on my back, in the hottest hour of the day, they are worthy. They are worthy to show us what we did wrong and to work on getting better on the next day. Or the days where you land close to a home of the nicest family who is incredibly warm to offer you everything they have to make you feel comfortable. That makes us think if we are being this friendly with people we do not know in our daily life. For me, flying in “sertão” is much more than just chasing world records, it is learning from the best people in the world about caring with each other, it is a lifetime experience, where you grow not only as a pilot but mainly as a human being. 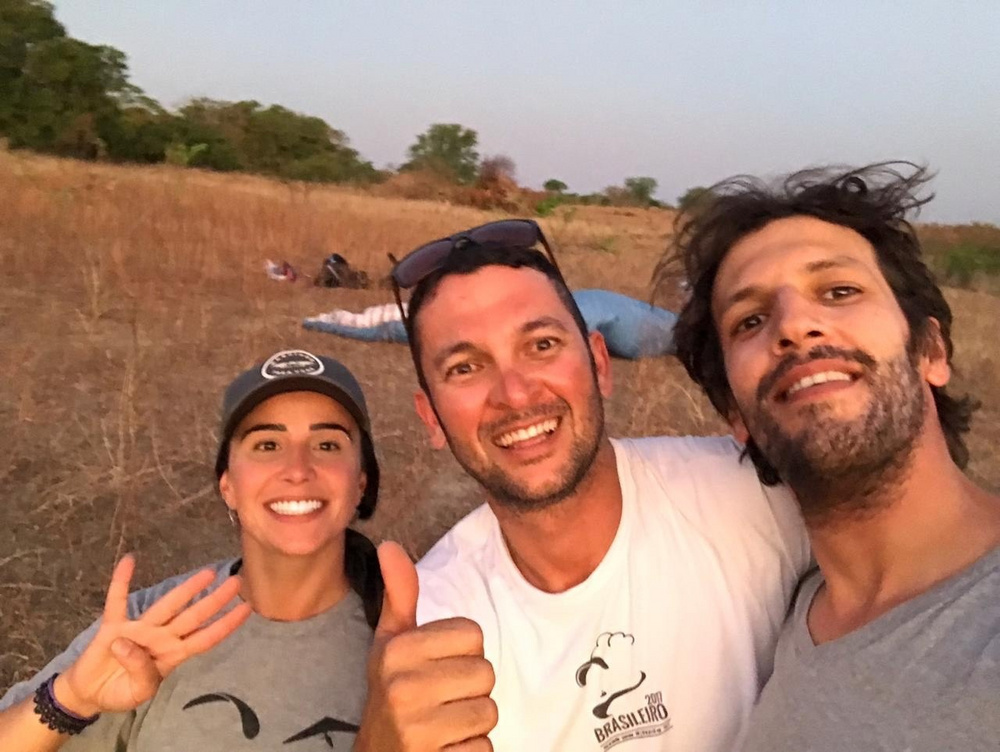