The Polish pilot won the day’s racing ahead of Bergér in the Challenger Cup – but the win meant both pilots scored 36 points overall for the season.

That led to a “count-back” in the results, which saw Bergér lose out.

Under the rules of the Red Bull Air Race a draw or count-back situation both pilots have their results compared.

In this case both pilots had two wins and two second-places over the course of the eight-date Red Bull Air Race in 2018. But Bergér, 29, who took time out in the middle of the season for family reasons, had only flown four races – leading to an automatic win for Czepiela. Kevin Coleman of the United States was third. 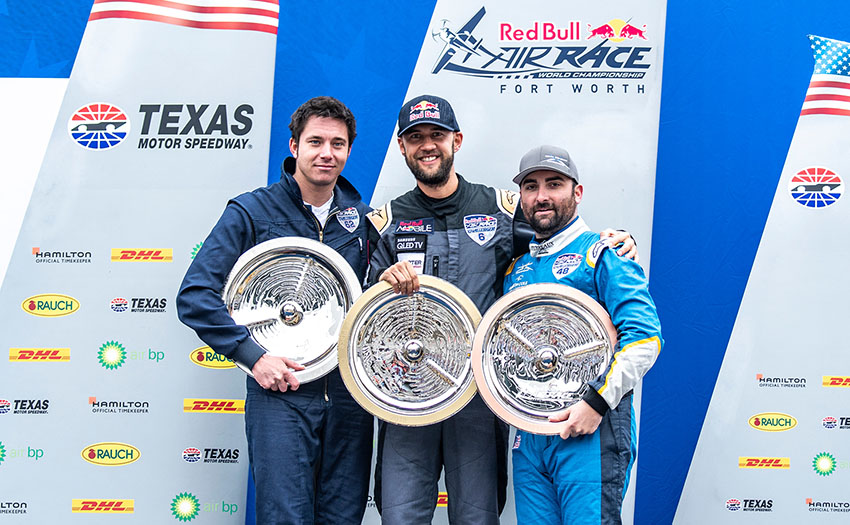 Afterwards Czepiela, 35, said: “I couldn’t be happier. When I took off I felt so much turbulence I knew it wasn’t going to be easy. So I just went for a safe, not the fastest run, and it paid off.”

FAI President of Honour Frits Brink presented Czepiela with his medal at the awards ceremony at the Texas Motor Speedway in Fort Worth, Texas.

The Polish pilot is one of the most experienced pilots in the Challenger Class and is an accomplished Aerobatics pilot, competing for his country at the FAI World Unlimited Aerobatic Championships.

This year was his fourth season in the Challenger Class at the Red Bull Air Race. Before the start of the season he declared: "I've been steadily improving: fourth in 2016 and third in 2017. Now it's time to win!" 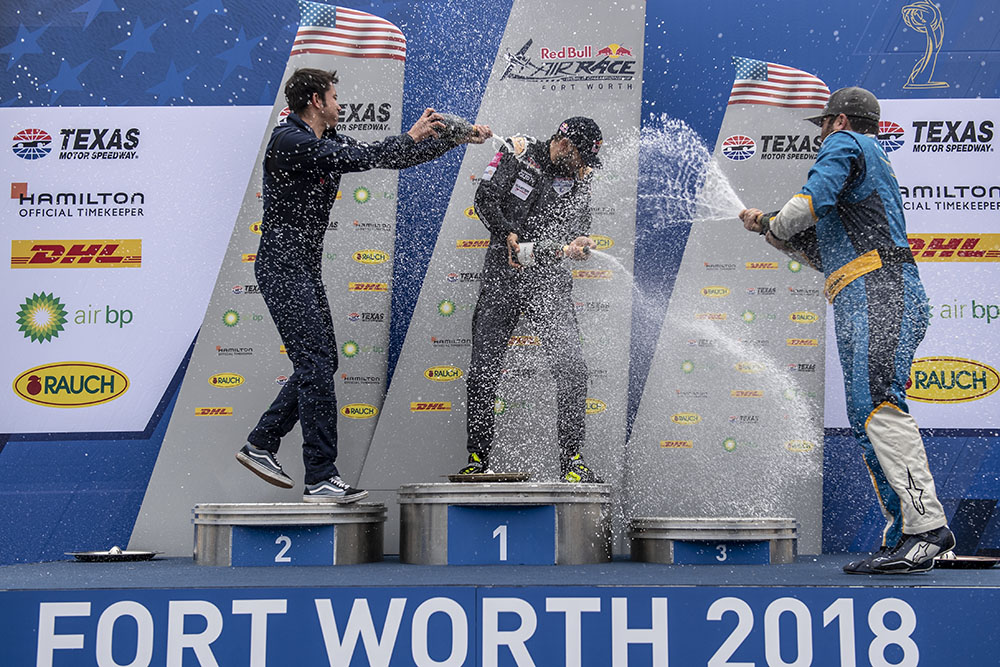 Czepiela’s love of aviation started when his father took him to an air show. Fascinated, he eventually became a "hangar rat" at the local airfield, working to earn glider lessons. By 15 he was pursuing an engineering degree with the goal of working on aircraft.

Czepiela served as an aircraft engineer, had a job in flight operations for a flying school and was crew chief for the UK's prestigious Honda Dream Team. He also took up Powered Aerobatics.

Today he flies as a commercial airline captain on the Airbus A320, and also competes in Aerobatics as part of the Polish Aerobatics Team and the Firebirds Aerobatic Team.

The FAI and Red Bull Air Race World Championship have signed an agreement including the provision of FAI medals especially designed for the Red Bull Air Race, the inclusion of all races in the FAI Events Calendar, and the official approval by the FAI of the race Rules & Regulations. Furthermore, the FAI provides a safety delegate who attends all events to supervise safety aspects.

Luke Czepiela of Poland (centre) celebrates with Florian Berger of Germany (left) and Kevin Coleman of the United States during the award ceremony for the Challenger Cup. Photo: Mihai Stetcu/Red Bull Content Pool