The Legacy of Apollo 11

Following three weeks in quarantine, astronauts Armstrong, Aldrin and Collins embarked on a 38-day world tour of over twenty countries, starting in Mexico.

Greeted as heroes across the continents, they become a worldwide sensation, featuring on commemorative merchandise such as stamps, medals and coins from Pakistan to Portugal. 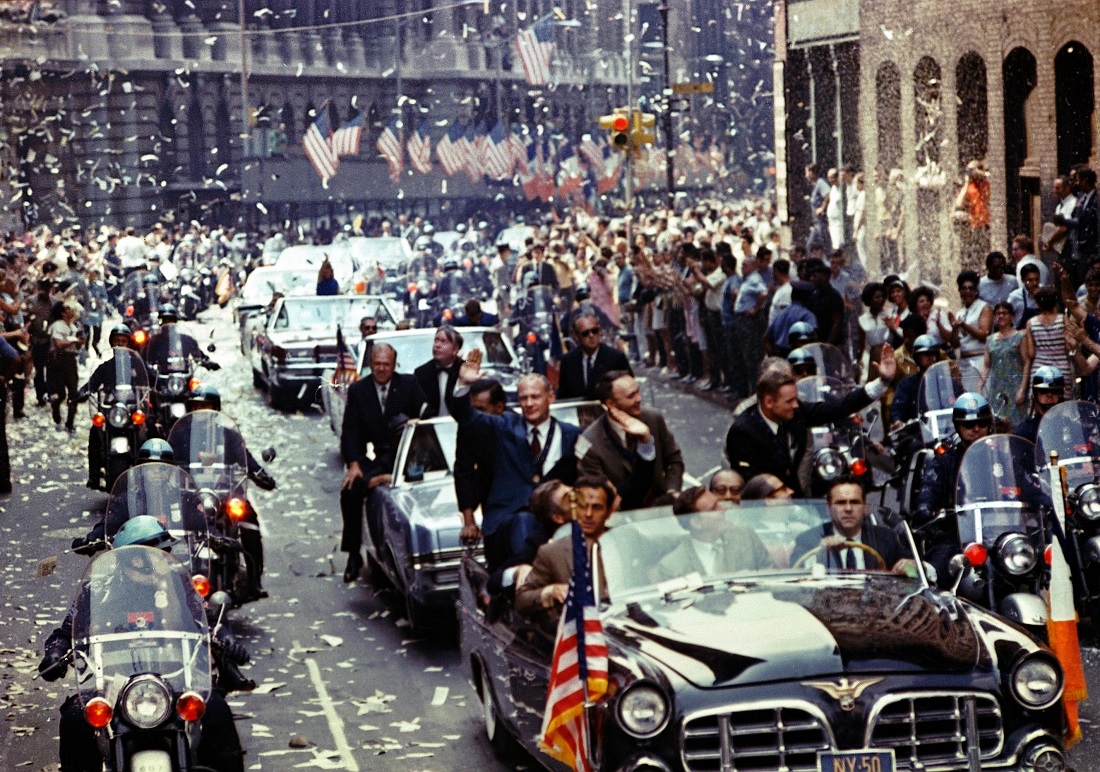 New York City welcomes Apollo 11 crewmen in a showering of ticker tape down Broadway and Park Avenue in a parade termed as the largest in the city's history. Pictured in the lead car, from the right, are Neil Armstrong, Michael Collins, and Buzz Aldrin.

The Apollo 11 lunar landing was one of the most significant cultural events of the 20th Century and it is estimated that 650 million people around the world viewed the first human footsteps to disturb the ancient dust on the moon.

The three Apollo 11 astronauts are among only 12 humans to have walked on the moon’s surface as part of the Apollo program between 1969 and 1972. Their achievements were ratified by the FAI as each record was made or superceded.

Each of the lunar landings yielded larger samples for analysis back on earth and three ‘new’ minerals were discovered among the basalt and breccia moon rocks: tranquillityite, pyroxferroite and armalcolite, named after Armstrong, Aldrin, and Collins.

Some of the lunar samples from the Apollo missions have been retained in a pristine condition since 1969 to await future technologies. Some of these retained samples will be opened and analysed in 2019 in recognition of the 50 year anniversary. 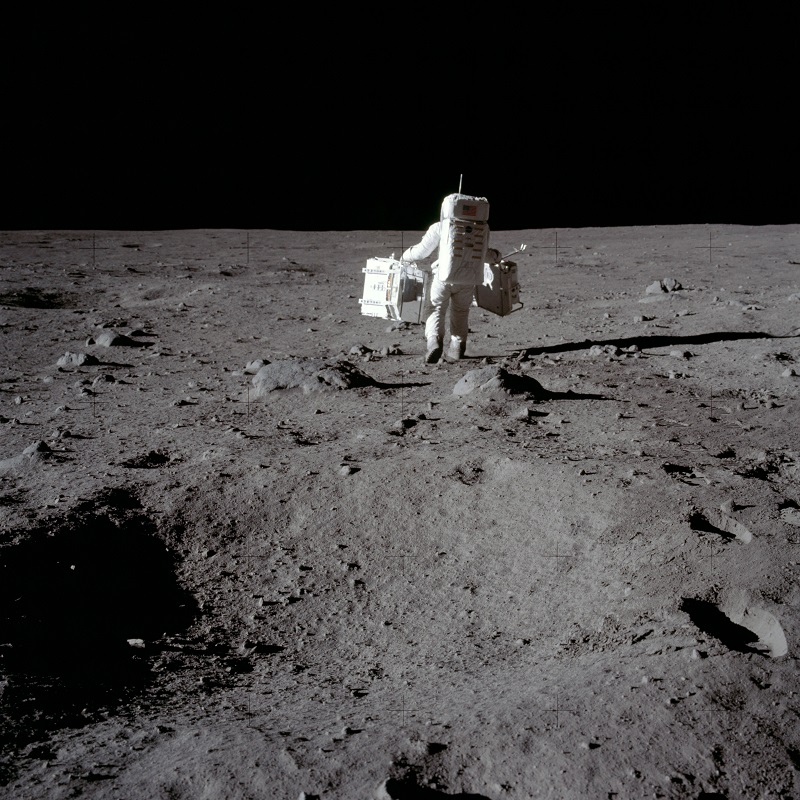 The future of space exploration

As this landmark anniversary is celebrated across the globe, many are wondering who the next person will be to make their mark on history by landing on the moon? The current US administration has set a deadline for NASA to send the next astronauts to the moon by 2024, and China is making rapid progress in lunar exploration, aiming to take an astronaut to the moon in the 2030s.