FAI at the Olympism in Action Forum: the future of sport

FAI Secretary General Susanne Schödel joined a panel of experts at the recent Olympism in Action Forum in Buenos Aires, Argentina to debate the question: What is the Future of Sport?

Observed by some 1,500 spectators including International Olympic Committee President Thomas Bach, the lively discussion covered the various ways young people today are reinventing the definition of “sport” and what it means to be an athlete.

The new sports discussed included the burgeoning field of Esports, to which the FAI sport of drone racing is closely aligned.

Other topics touched upon during the event included:

The wide-ranging discussion also included debate around the subject of urbanisation and how this will affect the way we practise sports in the future. 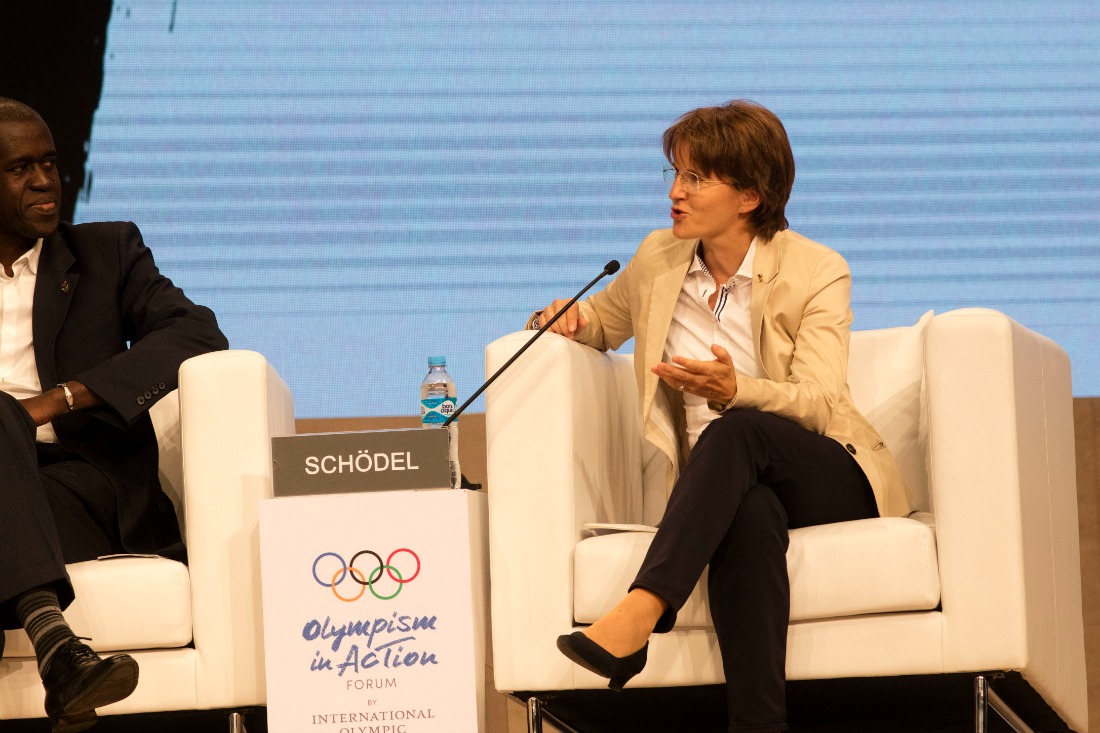 Schödel said: “As Secretary General of FAI – a proud member of the Olympic Movement - it was a real honour to be asked to be part of the discussion panel at this interesting forum.

“There is no doubt that the definition of ‘sport’ is evolving as tastes change and new technologies allow us to test ourselves in new and exciting ways.

“This is something we are very aware of in the air sports field, where new sports such as indoor skydiving and drone racing are going from strength to strength.”

About the Olympism in Action Forum 2018

Designed to further the momentum of using sport and the Olympic values as a force for good, the first edition of the Olympism in Action Forum took place in Buenos Aires, Argentina on October 5 and 6.

Held at the Exhibition and Convention Centre of Buenos Aires, it also involved inspiring presentations from members of the Refugee Olympic Team, as well as the street-party style Opening Ceremony of the Youth Olympic Games!