The flight times are getting faster and faster at the FAI World Drone Racing Championship Grand Final 2019 (WDRC2019) in Xiangshan Ningbo, China, as the pilots get used to the event race track.

There are now just 64 competitors left in the running to be crowned FAI World Drone Racing Champion 2019. And with all of them trying to get the fastest possible times to win a place in tomorrow’s Finals, the races are closer, tighter, and more challenging for everyone taking part.

“The pilots left in the competition have been building up experience on the track during the Qualifying and Elimination rounds, so the races are getting faster and faster,” said Acting Secretary General of the FAI Markus Haggeney, who is in China for the event. 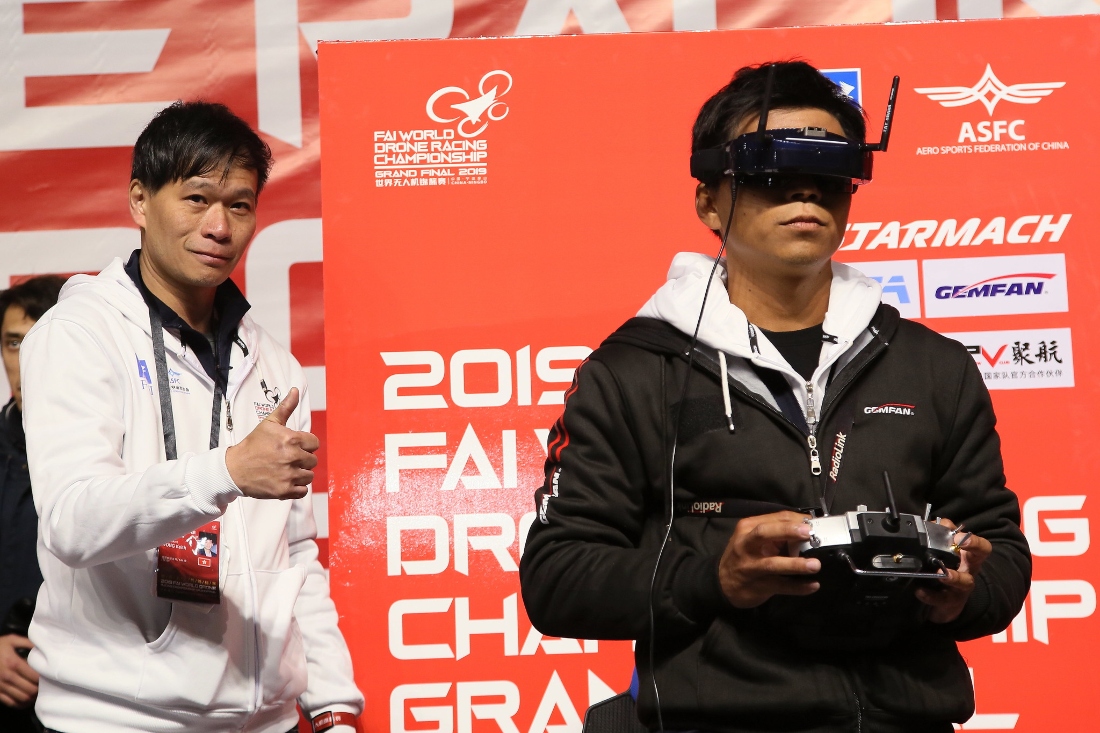 Competition round up: Elimination rounds

The Republic of Korea team are looking in a strong position going into the second stage of the Elimination rounds at the WDRC2019. But for all those still left in the competition, there is still everything to play for.

The weather in the Chinese host city continues to be fine, as it has been since the event began on Wednesday, 11 December. However, once the sun sets the temperature in Xiangshan Ningbo drops sharply – meaning competitors, officials, and supporters are having to wrap up warm.

“It gets very cold quickly once the sun goes down, so the pilots are having to find ways to keep their fingers warm so they can correctly handle their remote controls,” Haggeney added. “But there is a great atmosphere and everyone is very excited for the big day tomorrow.”