They did it! After over 12 years of research and design, Swiss pioneers Dr. Bertrand Piccard (Initiator, Chairman and Pilot) and André Borschberg (Co-founder and CEO and Pilot) finished the first round-the-world solar flight, powered only by the sun with no fuel or polluting emissions. After 17 months since the first departure in March 2015 in Abu Dhabi (UAE), they landed at its original take-off point at this morning, 26 July at 02:05 CET (00:05 UTC, 04:05 Local Time). Since the beginning of the adventure, FAI has received 19 world record claims from the Solar Impulse Team.

“Who could have once imagined that FAI World Records would be set by electric airplanes producing their own energy with the sun and flying around the Earth without fuel. This is the magic of aviation: to innovate, inspire, surprise, and push us always further for the benefit of humankind. May everyone now implement on the ground the same pioneering spirit of clean technologies for a better quality of life,” Dr. Bertrand Piccard stated.

André Borschberg added: “It seems clear today that electrical propulsion has a great future in the aviation industry, simply thanks to its incredible energy efficiency. Setting firsts and breaking records of course help to demonstrate the potential of new technologies and solutions.”

FAI is currently waiting for the confirmation details of the last flight, including world record notifications. The current records achieved and claims received by the Solar Impulse 2 Team are listed below:

The epic journey started on 09 March 2015 when the Solar Impulse 2 took off the first time at 03:12 UTC from Abu Dhabi (UAE) and ended with the last touchdown today’s morning, 26 July 2016 on its original take-off point. On overall, it took the whole team 17 months for the circumnavigation, by landing in four continents, nine different countries, 16 stops in 16 destinations, over 42.000 km and over 555 hours of flight.

During this fantastic adventure the Si2 Team touched down at historically significant destinations, such as Dayton, which is considered to be the birthplace of the legendary Wright Brothers. Additionally, the aircraft has been flown by both alternating pilots above iconic landmarks such as the Statute of Liberty on the way to New York or Pyramids of Giza on the way to Cairo. Additionally, whilst being aboard, Piccard had live conversations with aviation entrepreneur Richard Branson and United Nations Secretary General Ban Ki-moon as he was airborne over the Pacific Ocean on “Earth Day” (22 April 2016) when the Paris Climate Agreement was signed by over 175 nations.

FAI, the World Air Sports Federation, would like to congratulate the whole Team of Solar Impulse 2 on this extraordinary achievement of circumnavigating the globe without a drop of fuel. 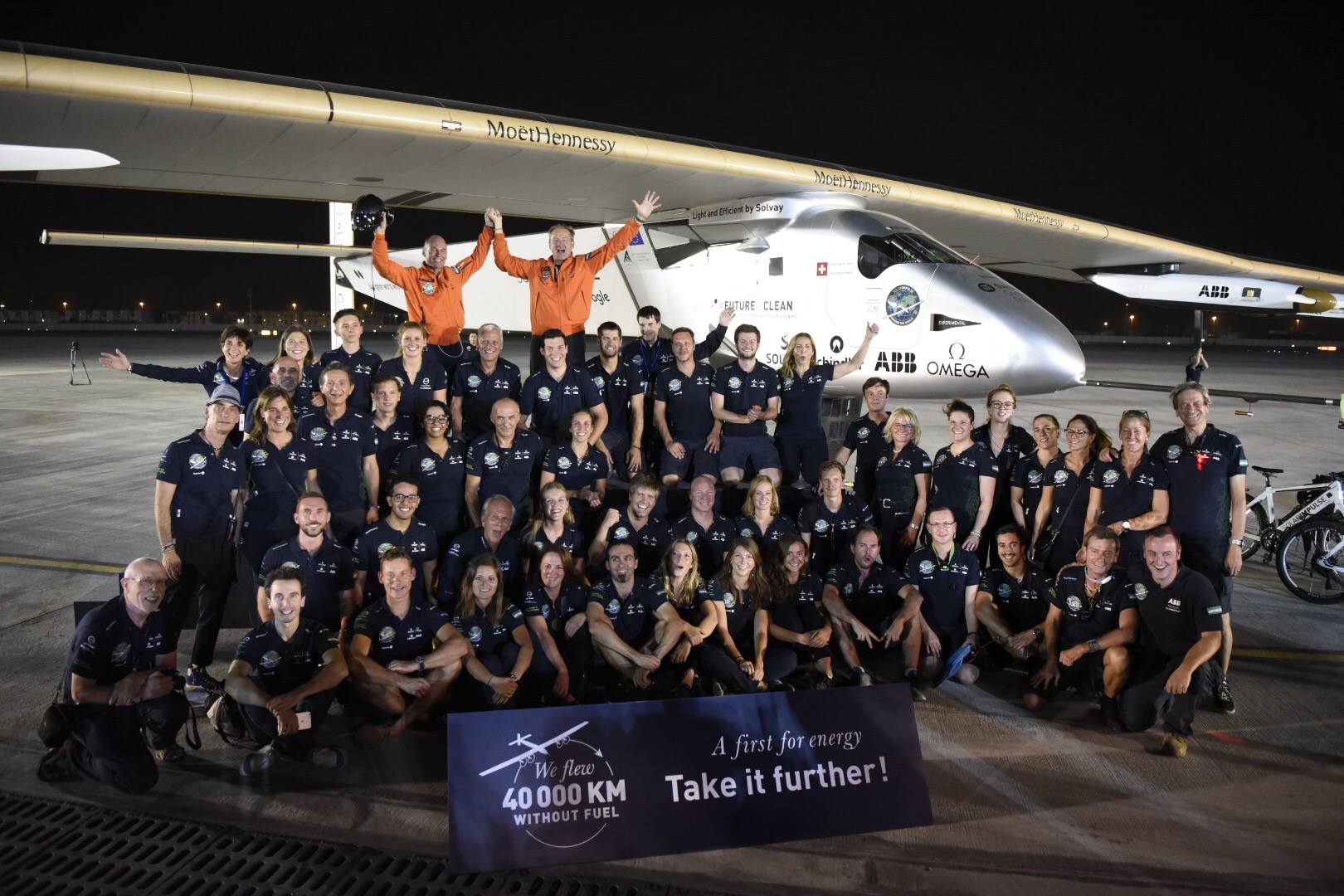