One hundred and ten years ago today, on 8 March 1910, Frenchwoman Elise Deroche, aka Baroness Raymonde de Laroche, became the first woman pilot in the world to earn an airplane pilot licence.

Little of her early life and background suggested that she would achieve pioneering aviation exploits. Born in Paris in 1882, she trained as an artist, especially in the theatre,  in addition to painting and sculpting. She was also an automobile racer.

The course of her life changed after crossing paths with Charles Voisin, of the airplane factory Voisin Frères and learning how to fly. From then on, she participated in many air sports meetings in France and abroad, with good results, until her first crash in July 1910 left her with minor injuries.

Showing remarkable courage, she continued flying, until her death in 1919, the result of a crash during a training flight. 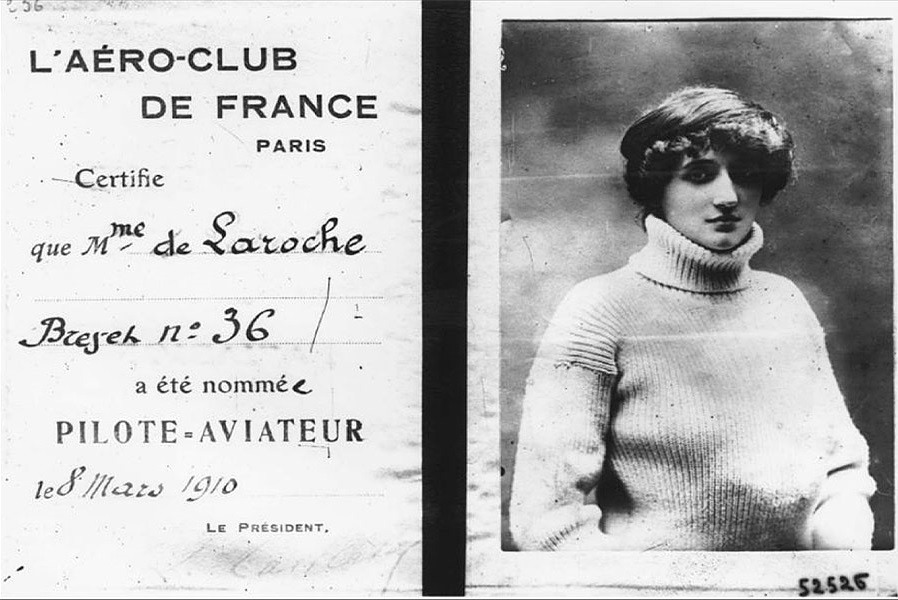