She remained the only female pilot to do so for the next 17 years.

Born in Johannesburg in 1930, van den Dool began flying at the age of 19 and was forced to work for free, and to take on dangerous missions her male peers didn’t want, to achieve her dreams.

Now 87, and living in Hermanus, a small coastal town 120kms from Cape Town, she has two daughters, three granddaughters and one great-granddaughter – and remains an outspoken advocate of women in the cockpit.

“I am not a feminist,” van den Dool said. “In my opinion the best person for the job should get the job, regardless of their gender, colour or religion.

“I do think, though, that women have more patience, are more tenacious, and have less ego, which are all good qualities in a pilot!” 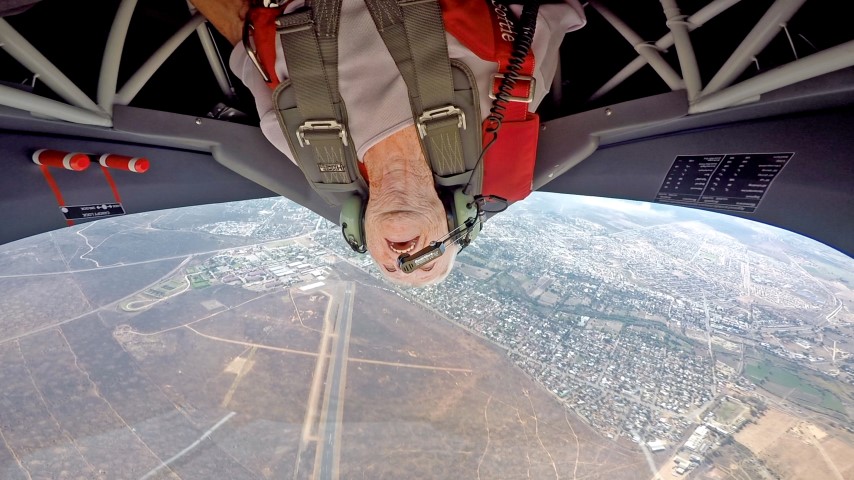 Like many pilots, van den Dool was fascinated by flight from an early age.

Flying planes was not her first choice of career, though.

“My first ambition was to be an aeronautical engineer,” she said.

“But I was unable to realise this dream because at the time the view in South Africa was: ‘women can't be engineers’.

“However, when I won a bursary to get my ‘A’ licence, an entry-level pilot’s licence, I quickly became hooked on flying and decided to make it my career.”

Her first step was to take an office job at the local airport, where she soon gathered enough hours in the air to get her private licence.

“A year and a half later I got my commercial licence, joined the Weather Bureau to learn more about the weather, and then embarked on my first flying job,” van den Dool said.

She got the job, flying in Basutoland, Lesotho, a treacherous, mountainous region, because “few men wanted to fly a light aircraft” there.

“I was lucky to get that job, as women were not employed as pilots in those days, even though three women flew for the WAAF during World War 2,” van den Dool said.

“This was 1949, when women were treated as second-hand citizens, and I had a difficult time, having to deal with unbelievable prejudice.”

The discrimination against female pilots at the time was so marked that van den Dool was not even paid for her dangerous job navigating the Basutoland Mountains.

“My job in Basutoland turned out to be unpaid as the boss informed me that 'no-one will give a women a job, so you won't leave us',” she said.

“Unfortunately, he was right. But after I kept falling asleep flying because I was so hungry I decided to join South African Airways as an airhostess. At least that way I could afford to eat!”

By January 1955, van den Dool had qualified for the senior commercial pilot's licence, becoming the first women in South Africa to do so.

She remained the only woman to hold a commercial licence and instrument rating for the next 17 years.

However, prejudice continued to hold her back.

“I flew commercially as a charter pilot for 34 years,” van den Dool said.

“But due to my gender, I was never considered for airline or full-time military flying, in spite of applying to the relevant authorities many times.”

Luckily, such setbacks did not prevent her having a long and exciting career – setting new altitude records and flying Tiger Moths at tree top level whilst spraying Tsetse flies at Kariba Dam.

Since retiring as a commercial pilot, van den Dool has written a book about her experiences.

"Aprons to Aeroplanes" is a sincere and colourful account of the challenges she faced to become a pilot in the 1950s.

It also records the early history of female aviators in South Africa.

“I personally knew most of the women involved, so I decided to record the information in a book on the early history of women's flying in South Africa to prevent it being lost,” she said.

“Some of the information about that time will also be included in Refilwe Ledwaba’s new book, “Women and Aviation”, for which she flew from Johannesburg to interview me.

“With ladies like her taking to the skies, I think women’s aviation in South Africa is in good hands.”