FAI has recently ratified two particularly interesting European records made by Baptiste Innocent. On 5 August 2021, the French pilot, 37, achieved a free triangle distance flight of 1308 km and a triangle distance of 1178,8 km aboard his ASH 31Mi Schleicher glider.

What makes his excellent performance special is the course he chose, which included two long stretches over the Mediterranean Sea: after taking off from his home club in Fayence, France, he flew over the sea to the island of Corsica before heading to the northwest of Italy and landing back at his starting point.

As there are no thermals available above the sea, Baptiste needed to gain the required altitude before making the long glide over the sea. A challenge, indeed!

Baptiste shares the story of his inspiration and his achievement:

Where do you live and where is your gliding club?

I currently live in Paris. My gliding club is called Fayence, in the French Alps, it's where I started gliding when I was 14.

What do you do for a living?

I work as First Officer on B787 for Air France.

When did you start gliding and what is your gliding "career"?

I started gliding in 1999 when I was only 14 and got my full licence 2 years later. After a long period without flying much, I began a flight instructor course in 2004 in South West France, thanks to an exchange program with Spain.

I flew my first competition in 2005, and became French Junior Champion in 2006, then started my career in the French Team as Junior first, and then as senior from 2011. After 3 Worlds and 2 Europeans I stopped contest flying, to focus on long distance flights.

I started specific courses in Fayence for people who wanted to fly further and faster in the Alps. I started this kind of flight in a double seater in 2012 and I still do this now, although I also now flying in a single seater.

Why did you want to fly above the sea?

Flying specifically above the sea was not the goal itself. I heard about the first crossing in the 70's, another one in the 90's, and then nothing until Klaus Ohlman made it twice recently. Flying to Corsica has always been a dream to me, just for the beauty of the landscape and the strength of the wave I could imagine there.

What made you choose this specific course?

As I said, crossing from Fayence to Corsica was a dream. But the crossing is rather short, and the retrieval in case of landing there quite long (in commercial boat). And then I started thinking about something else. If the best wave conditions over the island are with westerly flow, it would be easy to cross to Italy. And so the retrieval would be much easier.

And if I managed to cross to Italy, wouldn't there be wave or thermals there too? So why not try to go as far as possible to the west towards the start point? Would that be possible? I remember some wave days in Fayence in summer; the flow is west in the morning, and then the thermals become very strong and finally the flow reverses to blow easterly. This means that the convergence starts in the afternoon in the mountains. So maybe this convergence could allow me to fly back to the Alps from Italy. 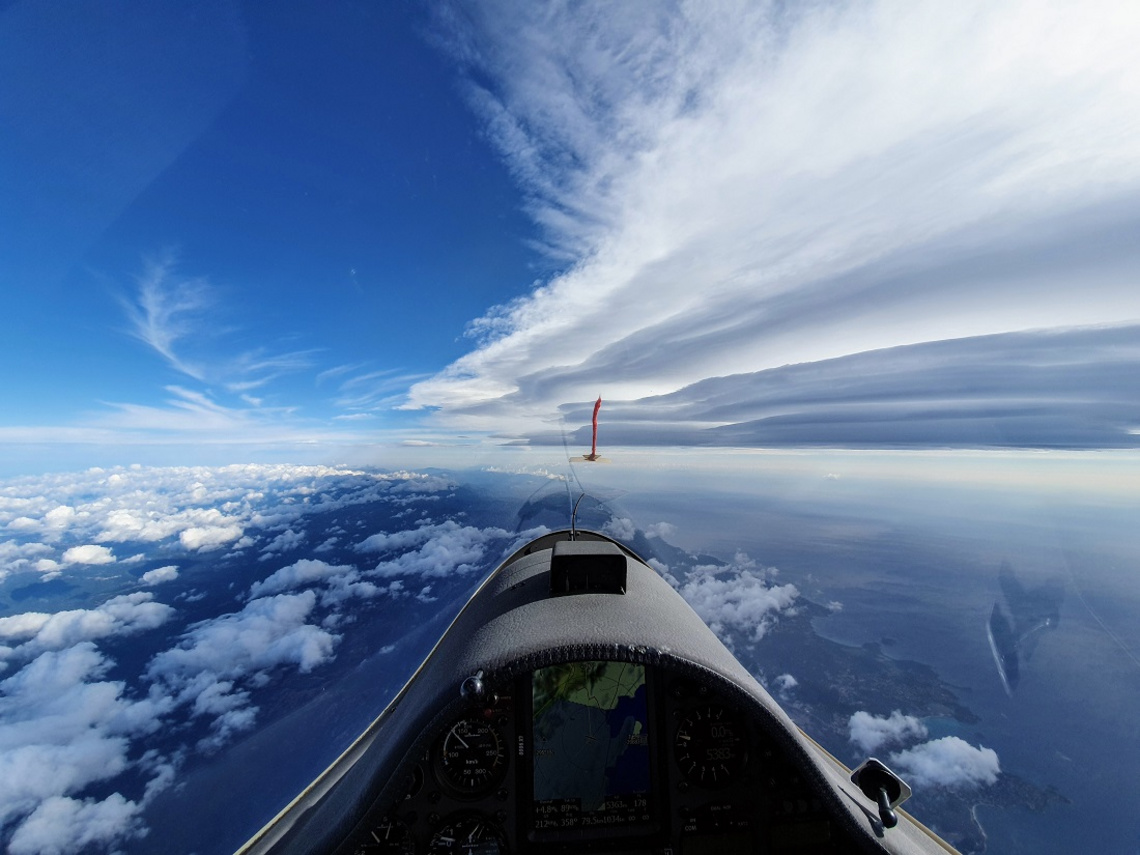 What is so special about flying above the sea? Did it require specific technical and/or mental preparations? How did it feel?

What is very special is that you know that you must achieve it. No mistakes possible!

That means that you must comply with the minimum start altitude you set from the calculation during preparation to start the crossing. In that case, as the first airport Calvi is located 210km from Fayence, I set this minimum altitude at 5200m. With a strong tailwind and good true airspeed, it should be sufficient to reach the next wave system North of Bastia, keeping Calvi as alternate.

The main preparation is definitely mental. Because you have to be prepared to fly for one hour above nothing but water, and not still water (the wind blows at 100km/h below). You need to trust the calculation you made and the performance of your glider. Once you have decided to go there is no other option.

I can say that both times it felt rather good, even exciting. First of all, at high altitude and in a westerly flow, the visibility is amazing, I'd say more than 300km. So you see the island and your goal very well and that feels reassuring. And second of all, the more you approach the more your flight computer tells you quite quickly that you are going to succeed, which is a relief for the rest of the crossing. 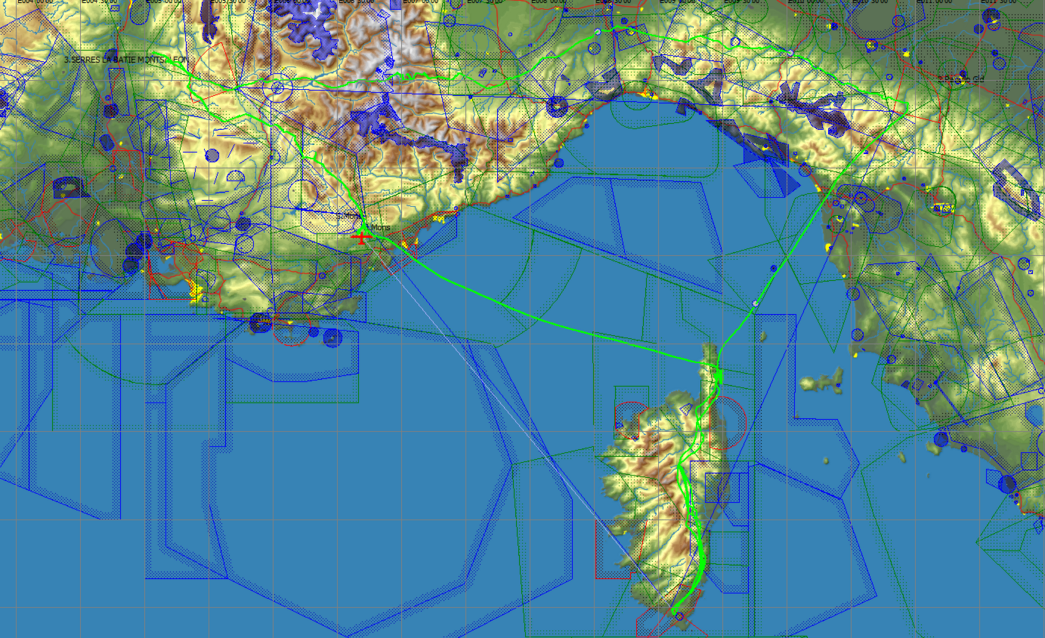 How many people were involved in this flight, if you count the people who help you prepare and the ground team during the flight?

Honestly, the first time only me and my friend Gil who shared the flight with me. No-one else. It was so unique and never usually done, so in fact I didn't want to tell people as I could have totally failed. My club mates of Fayence were aware of what I was doing only shortly before landing. They welcomed us very warmly!!

The second time I did it, in August, I told many people but only the day before. Because I was flying solo, and also because people told me, after the first success, that they'd wanted to follow the flight live, so that is what I did.

To answer your question, the number of people involved moved from two the first time around to an indefinite number the second time!

Do you already have plans for future record attempts?

Of course! Close to the South lies another island, Sardinia, whose wave conditions seem to be excellent as well. But the crossing from Sardinia directly to the East is barely possible due to the huge distance above the sea. That means that you need to go back North to Corsica to cross to Italy afterwards. Very challenging!!! That would extend the triangle in an incredible manner. 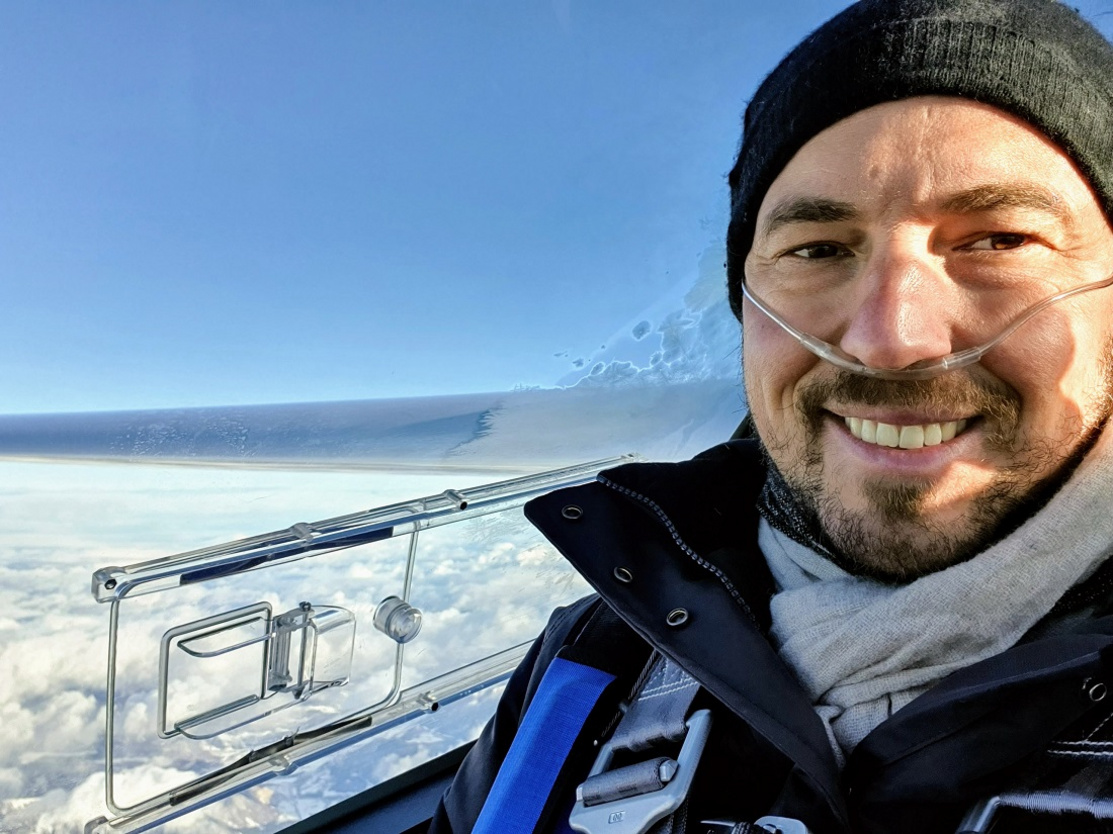 FAI extends warmest congratulations to Baptiste for this impressive achievement and looks forward to hearing about his future adventures.