The European Union Aviation Safety Agency (EASA) has recently announced that the first prize of the General Aviation Safety Award has been awarded to Sébastien Chaumontet for the Open Glider Network (OGN). This award recognises the smartphone/tablet applications that bring the most safety benefits for pilots.

The purpose of the award is to “promote the development of reliable tools to improve safety, encourage investment in this area, support and enhance visibility of valuable products, and further enhance the General Aviation community’s engagement to safety.” The first prize consists of a sum of €8000.

For many a pilot, to see an official authority as high as EASA recognise a system created by a community is a milestone event in the development of low-cost safety technology that benefits all air space users.

What is OGN and how it works

The OGN, a unified tracking platform for gliders, was created a few years ago by a group of pilots. Using the information generated by the position awareness system, FLARM, it not only tracks the position of gliders, but also of all types of aircraft, paragliders and airborne objects such as drones.

OGN quickly became popular among pilots for its affordability and user-friendliness: it basically consists of a low-cost receiver that anyone can build at home using the free plan provided by OGN, together with off-the-shelf components and hardware. Once the system is installed, users can easily access the network of servers processing the data and displaying the tracking information, either online or with a dedicated app. OGN has proved so popular over the years that it is now used all around the world, and much of Europe is now covered by OGN receivers.

In the last few years, OGN data has been merged with other sources of aviation location data, such as ADS-B (automatic dependent surveillance-broadcast) data. The direct benefit of this data collation is a better understanding of air space usage between air space commercial users and air sports activities. As such, the use of data is a breakthrough in air space usage planning, as it leads to an increase of safety for all air space users.

Beside the merging of data, another improvement in safety provided by OGN is its use by search and rescue to locate missing aircraft that have a FLARM device onboard. In these types of cases, the OGN data can be used to show the approximate position of the aircraft and hence speed up the rescue. 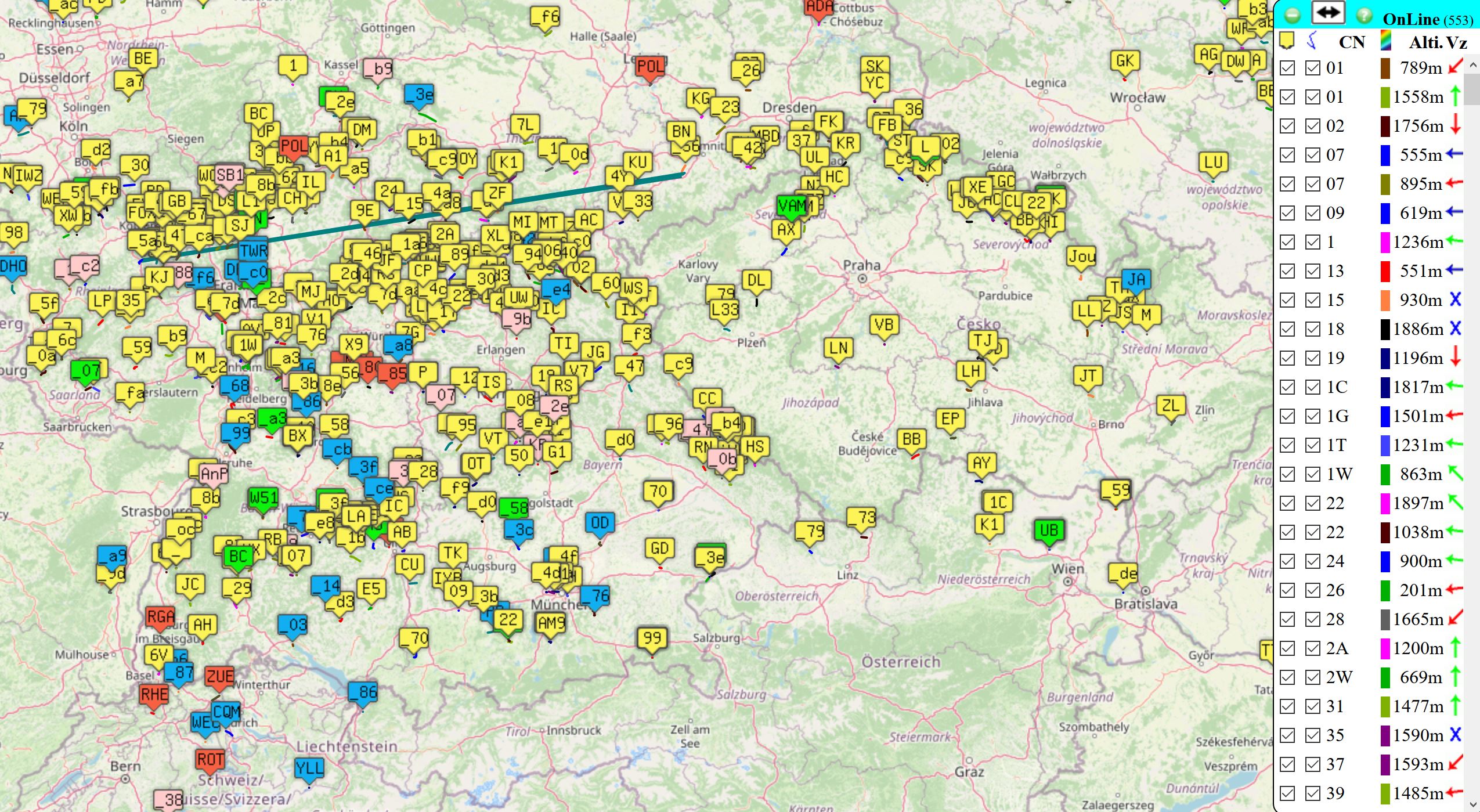