The 2022 FAI Ballooning Commission (CIA) Hall of Fame induction ceremony was held September 30, at the Anderson Abruzzo Albuquerque International Balloon Museum. The Balloon Museum is the home of the FAI CIA Balloon and Airship Hall of Fame and is proud to host this annual event.

The Hall of Fame induction ceremony is traditionally held the Friday evening before the official start of the Albuquerque International Balloon Fiesta®. Thanks to this scheduling, there were a number of U.S. and international gas balloonists and crew members in attendance. However, the America’s Challenge Gas Balloon Race—the annual distance race launched during Balloon Fiesta—was delayed and eventually cancelled this year due to weather.

The ceremony was held outside, under a tent overlooking Balloon Fiesta Park Field. A live band performed the FAI anthem, and then Mark Sullivan, President of the FAI Ballooning Commission, and an Albuquerque balloonist, gave opening remarks. He recognized the CIA representatives on hand, as well as a couple people who are famous in the ballooning community and were there: Aleš Kubíček and Dewey Reinhard. Balloon Fiesta founder Sid Cutter’s wife Jewel and niece Kay were also present. 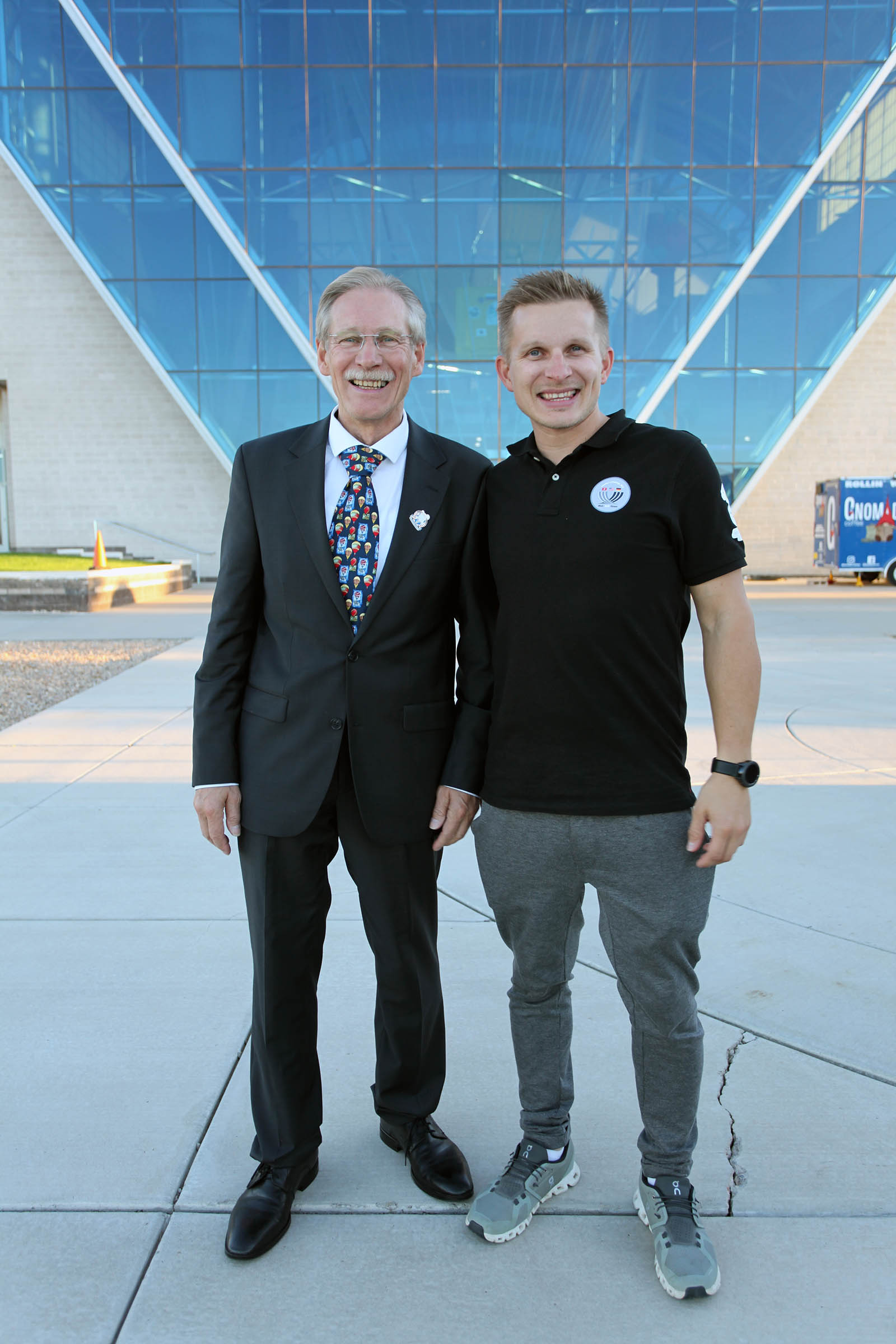 Following Sullivan’s remarks, Master of Ceremonies and fellow Albuquerque balloonist Troy Bradley invited Wilhelm “Willi” Eimers to the stage. Eimers was inducted into the FAI CIA Hall of Fame in 2021, but U.S. COVID restrictions prevented him from attending the induction ceremony. Eimers and his son Benjamin “Benni” took first place in this year’s Coupe Aéronautique Gordon Bennett, and the two were both scheduled to compete in the America’s Challenge. Eimers said a few words of appreciation and told the story of how he became a gas balloon pilot.

Next, Bradley presented the Hall of Fame honor to this year’s living inductee, Vincent Leӱs. Leӱs is the winningest Gordon Bennett pilot, with nine first place finishes. He was unable to attend this year’s event in person, but in a pre-recorded video, he thanked his family, co-pilots, crew, and fellow balloonists for their support and inspiration. Benoît Pelard, French competitor in the America’s Challenge and delegate from the Fédération Française d'Aérostation, also spoke on Leӱs’s behalf. He credited Leӱs with reviving the sport of gas ballooning in France.

The honor for the 2022 posthumous Hall of Fame inductee was bittersweet, as this year’s inductee was Dr. Carol Rymer Davis (top picture: the Family of Carol Rymer Davis, with John Davis at front center). Bradley shared his memories of Rymer Davis as a friend and competitor and listed some of her many accomplishments. She is the first and only woman to have won first place in a Gordon Bennett race. Her husband, John Davis, came up to talk about Rymer Davis. He said that she lived her life as an adventure; in addition to being a record-setting gas and hot air balloonist, she was a downhill skier, colonel in the U.S. Army, and accomplished medical doctor.

The induction ceremony ended with a champagne toast to the inductees led by Balloon Museum Manager Nan Masland and the City of Albuquerque Director of Arts & Culture, Dr. Shelle Sanchez. Now on display at the Balloon Museum is an exhibition featuring the 2022 FAI CIA Hall of Fame inductees, Vincent Leӱs and Carol Rymer Davis. 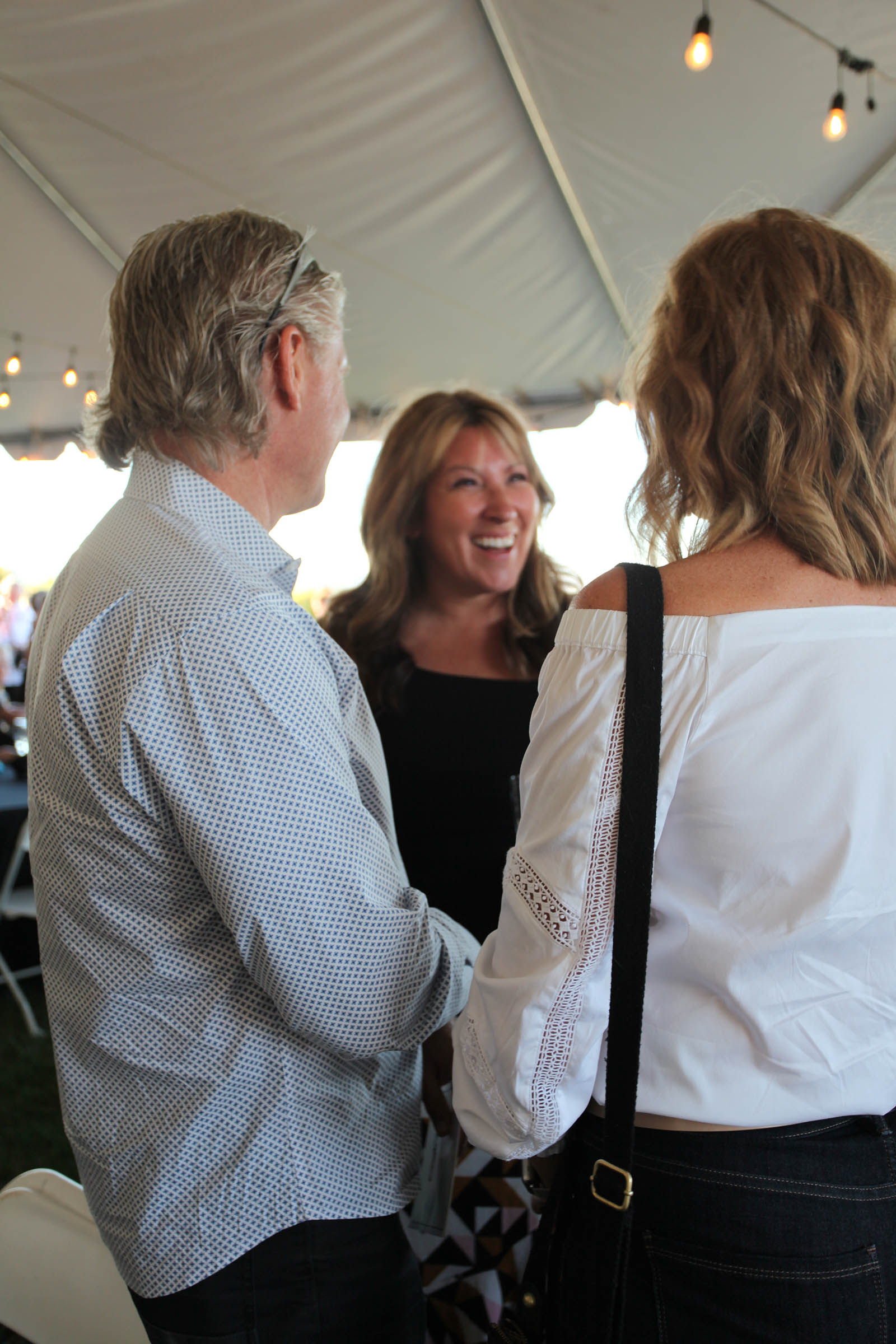 Nancy Abruzzo (center), Chair of the Balloon Museum Board of Trustees and wife of late Richard Abruzzo; photo by Lynne Newton