4th August, Thursday. 9.00 am start this morning, and the fierce 4 way competition will continue. Will France's Aerodyne Aerokart maintain or increase their 1 point lead over Belgium's Hayabusa? Russia's Sky Panthers Barkli is only 1 point ahead of Germany's Paratec Saar in 3rd and 4th places respectively and Russia's Gradient Alpha are tieing with Italy's Ex3mo in 5th place.

Today could be the day that decides the 4-way competition. 10.00 The early mist is taking longer to clear than the organiser had hoped, all on standby. 11.00 the sun is out and the first lift takes off. After the 5th round 4-way France Aerodyne Aerokart are now 3 points ahead of Hayabusa of Belgium! 1500 and back to showers and clear periods. To make the most of the good weather 8-way is continuing, as is 4-way for teams not involved in 8-way - so the top teams have almost their own competition happening and have jumped round 6 and 7. There has been a rejump in 8-way, 1 4-way and 1 VFS - due to weather.

The Artistic Events have an equally tight competition happening here: Russia, Tunnel Rats is ahead of UK, Kinetic by 0.4 after the 4th round! with the French, Kristal, yet to be scored.

Another interesting fact - the leading 4-way Female Team is just 2 points behind the bronze positioned team in the 4-way Open event.

At the end of a long day a great deal has been achieved. In Formation Skydiving we have a result in the VFS event: With France 4Speed Paraclete retaining their Championship position, winning with a total of 147 points - in second place the French pretenders, France espoir Fullpatate with 105 points, and a credible 3rd in this most difficult of discipline, Belgium's, Supersonic with 55 points. 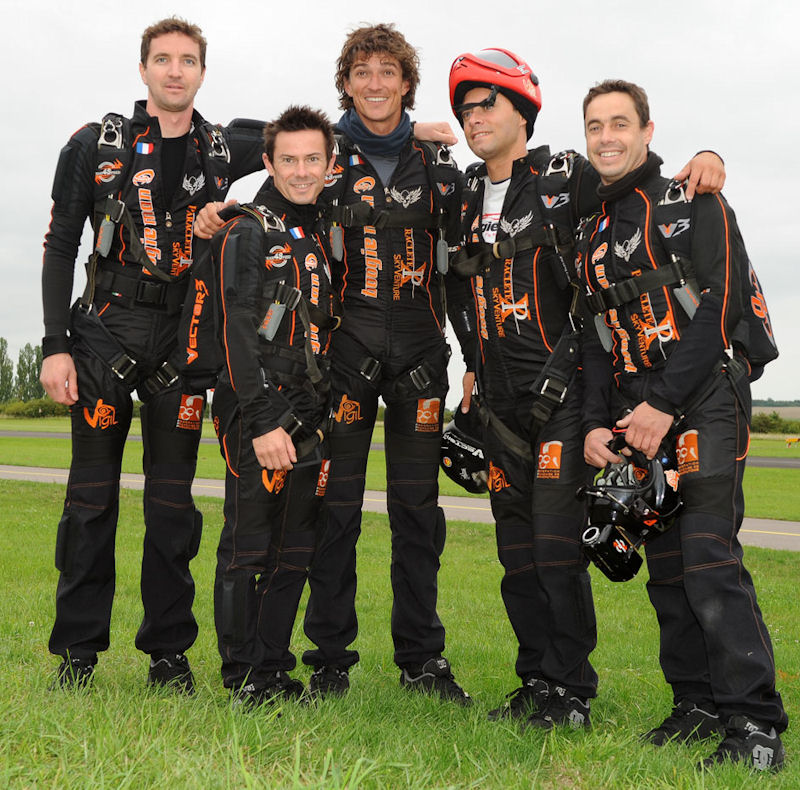 After 6 completed rounds of 4-way there is still a tight competition between France Aerodyne and Belgium's Hayabusa, so let us hope that the weather forecast for tomorrow is wrong.

8-way at Round 5 is also a tight competition between USA's Golden Knights on 101 pts and France's Aerodyne Maubeuge with 99 -only 2 points difference.

As for the females, at the end of round 8 the top three places are 11 points apart - must be a first with France Aerodyne Deep Blue Defenders with 144, Russia's Illusions on 133 and the Norwegian's Polaris on 122!

The Artistic Events both completed 6 rounds by the end of the day - and there is a good competition taking place in both events. Interestingly the greatest overall number of video hits at the moment are running in the Artisitic Events favour.

Take a look at videos of all the events by following the links above.