The 85th race in the history of the Red Bull Air Race World Championship kicked off with a staggering Qualifying battle in Chiba, Japan on Saturday.

The USA’s Michael Goulian recovered from near-catastrophe to claim pole position for the second race in a row, while fellow American Kirby Chambliss roared to second. The 30,000 fans lining Makuhari Beach were ecstatic when their home hero, defending World Champion Yoshihide Muroya, clinched third – but the result will see him face off with a fierce rival in Sunday’s race. 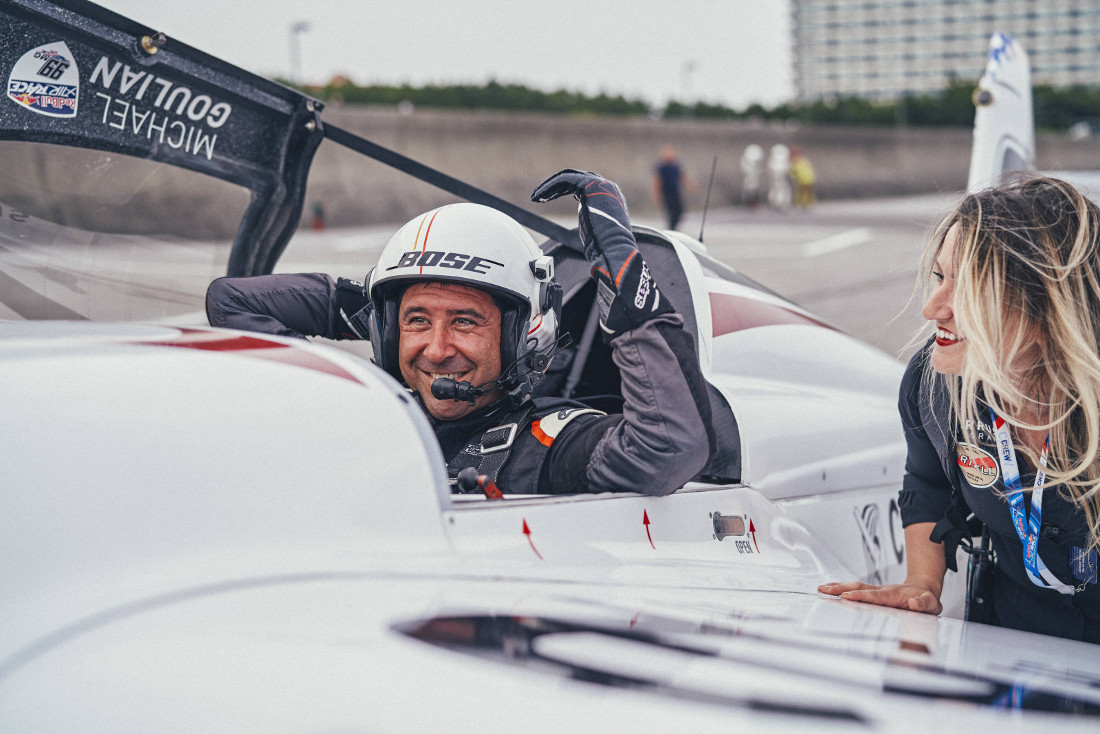 What happened in the Qualifier?

Since 2015, seven pilots from six countries have stood on the Chiba podium, and another tight competition was apparent from the day’s first Free Practice session, where Matt Hall of Australia had the best result, but the top eight pilots all finished within a one-second span. Then, in the final Free Practice, Canada’s Pete McLeod took control, to outshine Hall’s second-place result by 0.793s.

By the Qualifying round, Japanese fans were beside themselves with anticipation. A victory this weekend would make Muroya the first pilot in the history of the sport to claim a hat-trick of three home wins, and Qualifying determines the brackets for the critical head-to-heads that open competition on Race Day. In turbulent crosswinds, Chambliss managed a time of 56.058s that looked like it would be tough to beat, and it was, as Hall had a pylon hit, and even 2016 World Champion Matthias Dolderer of Germany and Muroya himself could only manage 56.425s and 56.403s respectively. 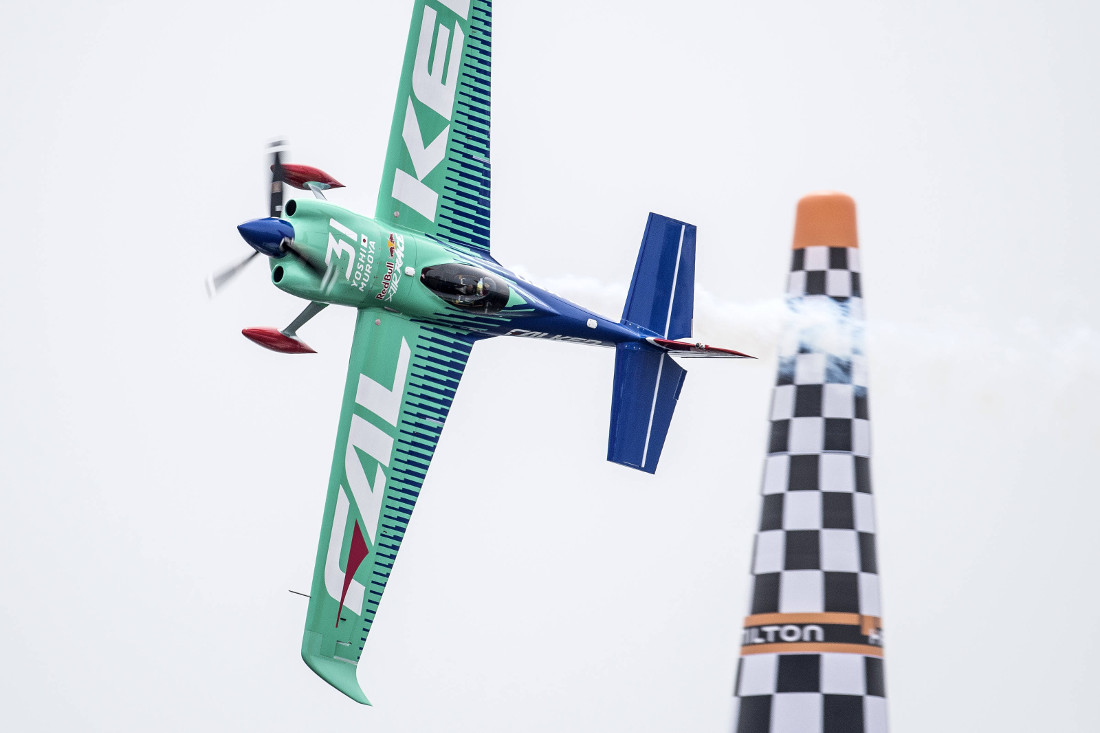 It all came down to Goulian, the current overall leader, who had set two track records in winning Qualifying at the previous race in Cannes. After an initial run that was more than two seconds off Chambliss’ pace, all seemed lost, but like a true World Champion in the making Goulian collected himself and blazed to 55.424, only letting his emotion show when the result was announced.

“Our team is so strong, and we keep working and working and working. To put it all together here, and with an engine that was hot, is even more satisfying than Cannes... It’s a technical track and the winds will be different tomorrow, so it’s going to be a heck of a race.”  - an ecstatic Goulain comments on his performance.

Holding one race win each, Goulian and Hall are neck and neck at the head of the leaderboard, with a three-point advantage for the American. At third, Muroya is just another two points behind Hall – and that’s what makes Sunday’s Race Day brackets so thrilling, as the two rivals will go head-to-head in the opening Round of 14. Goulian theoretically has an easier task against new Master Class pilot of Ben Murphy of Great Britain, but the American isn’t taking anything for granted, declaring, “Anybody can win the race on Sunday.” 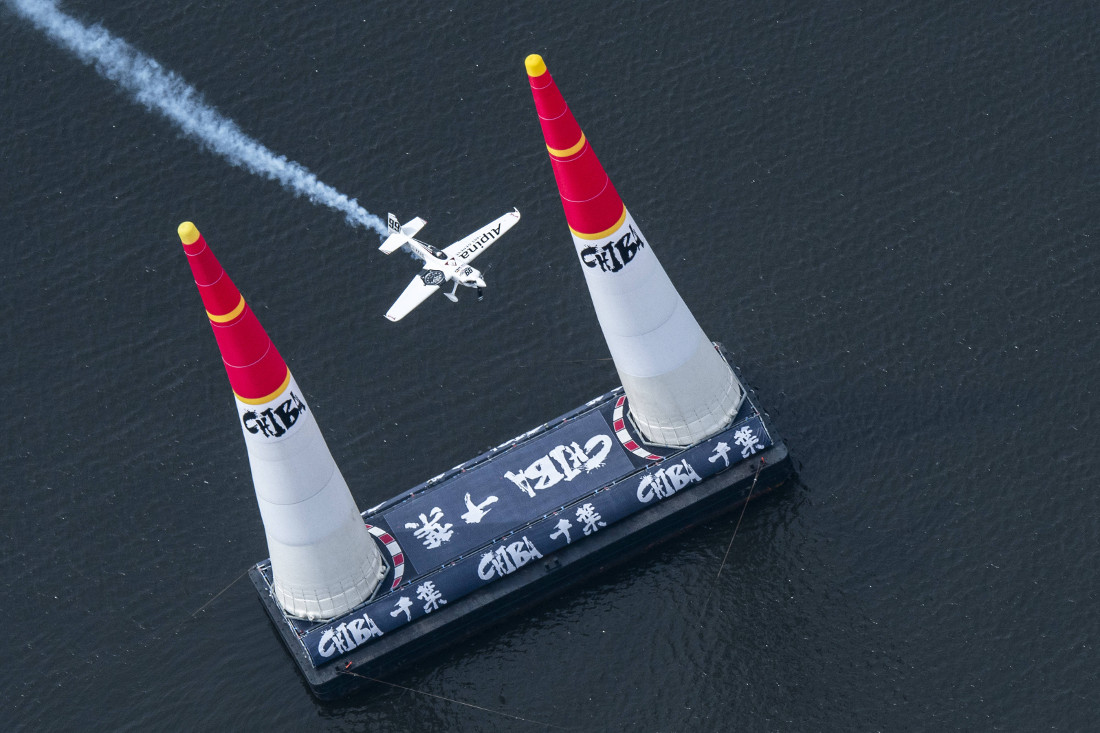 Goulian also claimed the DHL Fastest Lap Award. At every stop on the calendar, the award goes to the pilot who flies the fastest single lap among the two-lap Qualifying runs. Then, at the end of the season, the pilot with the most awards is presented with the DHL Fastest Lap trophy. So far Goulian, Chambliss and Dolderer have each claimed one of the coveted honours in 2018.

Keep up to date on Race Day:
www.redbullairrace.com