Russian helicopter pilot crew Elena Prokofyeva and Diana Riiazova took not one, but two golds during the 2019 Helicopter World Cup 2nd stage in Russia this July as part of the 54th Russian Open Helicopter Championship.

The pair came first in the General classes of both the Fender and Slalom competitions. Female pilots Irina Didenko and Svetlana Gumbatova, also from Russia, took third place in the same Fender competition.

The location was Konakovo airfield (UUEL) in the Tver region, which is specially set up for helicopter competitions. A total of 23 crews represented five countries in the competition: Belarus, Czech Republic, Poland, Russia, Ukraine. Eleven crews took part in the General class and 12 in the Masters class. All the crews were welcomed in the brand new club house at the airfield. 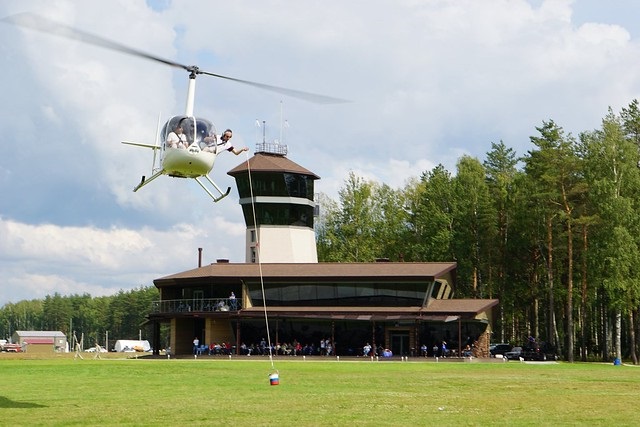 For both disciplines the crews performed two flights for qualification, which were followed by the "play-offs" with competition heating up during the quarters, semis and finals in both Fender and Slalom categories.

The overall leaders after these two stages, taking the sum of the crews’ two best results in both disciplines in both stages are:

The 3rd stage of Helicopter World Cup-2019 will take place in Belarus, Vitebsk between 9th-11th August 2019.