The FAI has ratified two new speed world records flown with a revolutionary electric-powered Aerobatics plane. Germany’s Walter Extra and Walter Kampsmann set one world record each, on 23 March 2017. Both pilots launched and flew the record from Schwarze Heide Airport near Dinslaken, Germany.

The pilots were flying the unique Extra 330LE, an electric-powered Aerobatics plane.

The plane, which only made its maiden flight in June last year, was flown at two different weights by two different pilots, to set two new world records. Both flights were watched by an official FAI Observer.

Walter Extra took off first at 9.15am. He then flew at a height of between 400m-550m on a straight course along a pre-determined 3km track in the sky.

For each record he made four passes along the course line, each time recording his flight data by GPS.

The world record time of 337.5km/h is an average of the four runs. Each run through the 3km course took about 30 seconds.

Later on the same day, Walter Kampsmann took off at 3pm and completed the same flight plan. He also completed four runs through the 3km aerial race track, with an average speed of 342.86km/h.

They come just four months after Walter Extra set a world record in the same plane for gain of height: he climbed to 3,000m in a time of 4mins 22 seconds on battery power alone.

That first flight was called a “technical milestone” by Siemens, the company behind the technology that powers the electric plane. 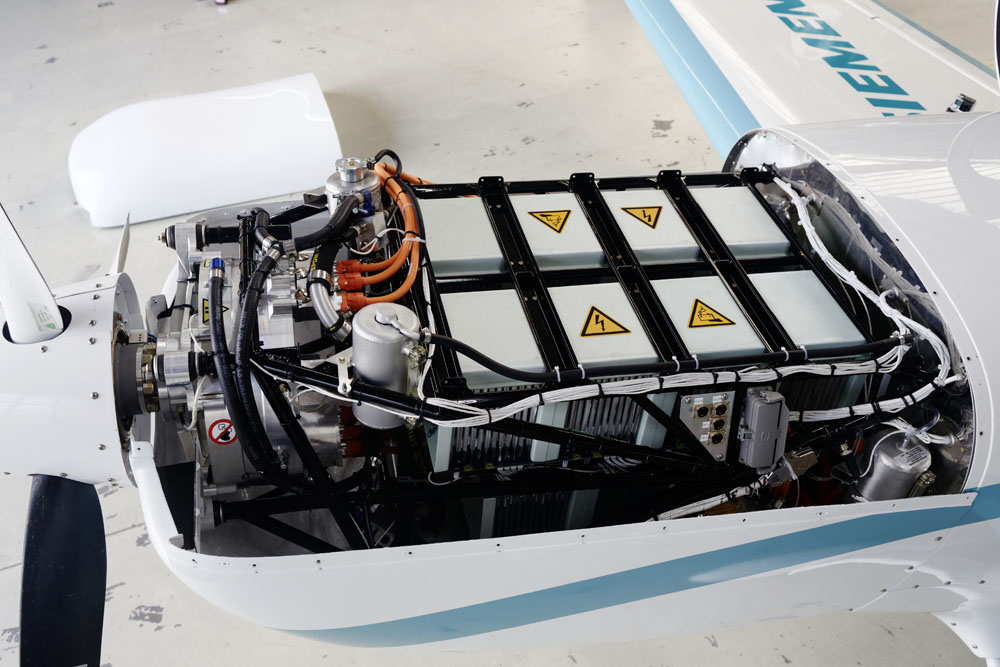 Walter Extra, an award-winning aerobatic pilot, is chief designer and founder of Extra Flugzeugbau, a manufacturer of aerobatic aircraft. Extra gave his name to one of the most popular aerobatics aircraft in the sport, the ‘Extra’.

The e-powered version of the famous Aerobatics plane, which is commonly seen at aerobatics displays around the world and is flown in the Red Bull Air Race, has an endurance time of 15-20 minutes. Walter Extra has described flying it as “almost silent”.

Both Walter Extra and Walter Kampsmann will receive their official FAI World Record Diplomas on Saturday 8 April 2017. They will be presented to the pilots by FAI Deputy President Alvaro de Orleans Borbon at the Siemens booth at the AERO Friedrichshafen air expo in Germany.

Photo credit: siemens.com/press (pictures taken on the occasion of the 2016 record flight)