7.15 am first call this morning for the final task to complete Round 2 of the Performance Wingsuit Flying competition.  This is the 'time' task.

The Caravan, from Elsinore, is being flown by John Fuller (Juice) who according to the competitors is doing a great job and has impressed all with his good run ins and understanding of their requirements.   We may be in the middle of the desert here - but it is a suprisingly busy in terms of airtraffic.   He is in touch with the International airport at Las Vegas as well as two other DZ's in the area plus military flying, and he copes with all that - communicating with the facilitator at the back of the aircraft and the MD on the ground and so he understands what the competitors are coping with, he also wears a Flightsight. 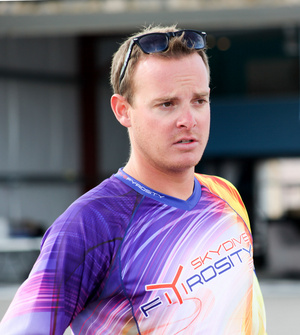 Yesterday we had the news that all the Trainee Judges on the course being run here by Randy Connell had passed, congratulations to 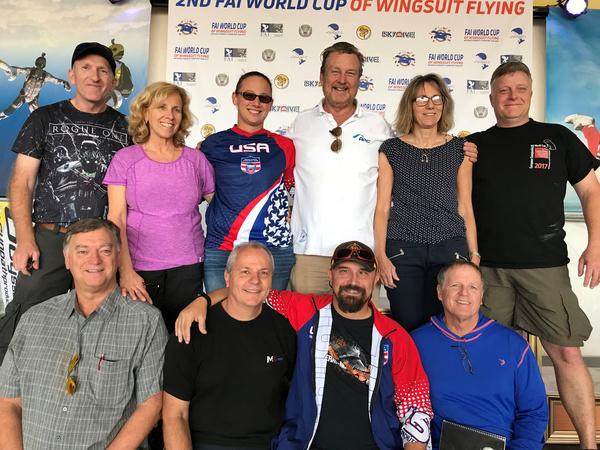 Marcelo Zoni (BRA) added a new Speed record to his Distance Record and then broke it with a faster speed on his second run of 85.3 sec. thus creating a South American Continental Record.   Luke Rogers (AUS) broke the Distance record on his first run, and then again on his second with a total distance of 4.654 km/h giving us a new Oceanic Continental record;  whilst his fellow Australian Chris Byrnes broke the Oceanic Continental Speed record with a flight of 314.6 km/h.  Asian records continue to fall with Udit Thepor (IND) breaking the South Asian Time record with 81.9 sec, whilst Rameshwer Jangra added the South Asian Speed Record to his collecttion from this competition with a 284.4 km/h run.

Sammy has prepared a short video for the records:

4.00 pm the final flight of the competition is made - and the 2nd World Cup of Wingsuit Flying is oevr.  The competitors will not be released utiil 6.00 pm to give time for the judges to make their final assessments and confirrmation of the scores.  The provisional position is that Chris Geiler (USA) has retained his top place in the Wingsuit Flying world with the Gold Medal, Alexey Galda (USA) in Silver and Travis Mickle (USA), Bronze.