By: Revaz Uturgauri, President of the National Aeronautics Federation of Georgia.

A vision in the sky

Here’s how it happened...

I was sitting at home one day, looking out from the top of the hill over the valley. My house stands on a high mountain ridge not far from Tbilisi, affording a breathtaking view of the Mukhrani Valley. It is divided into large rectangles by luxuriant fruit orchards that paint it in orange and green. The orchards spread out for many kilometres, finally reaching the foot of the mountains, which rise up steeply row upon row into the blue sky, ending in snow-white glaciers. These are the southern slopes of the Great Caucasus Mountain Range.

That morning, wispy translucent clouds were lit up in the rays of the rising sun, casting moving shadows across the ground. Against this background a balloon floated by and in its basket, I saw...myself!

Just in case you are wondering, I assure you that I don’t drink, I don’t smoke, and I don’t have any particular bad habits. I looked again, rubbed my eyes—the balloon was gone! But there could be no doubt that I had seen it and myself sitting in it!

I have been given a Sign, I thought. So, I began searching the Internet for everything I could find about balloons, chose a school in Moscow and went there to learn how to fly.

I spoke to an old friend of mine, who lives in Moscow—he used to be a gifted pediatrician and now he is a successful businessman, and has also accompanied me on many exciting adventures. “Listen,” I said, “I’ve had an idea!” And I told him about my hot air balloon vision and wanting to learn to fly. I related the story with great enthusiasm, but I could see that he was frowning and not looking very happy. “What’s wrong?” I asked. “What are you unhappy about?” “This idea,” my friend replied, “has one serious flaw. I wasn’t the one who thought of it.” Nevertheless, we went and took flying training together. 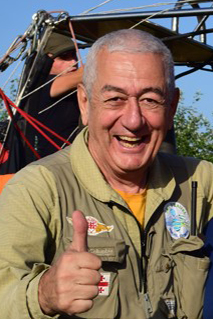 We graduated from the pilot school, bought a balloon and a car with a trailer and went to our first competition. This historical event happened in the summer of 2005. It was in Russia, in a town called Dmitrov.

On the opening day, all the balloonists gathered for takeoff. This amazingly beautiful sight always attracts a lot of attention. Crowds of people stood along the perimeter of the main launching site. In the middle, the pilots were setting up the baskets and laying out the envelopes. Journalists with TV cameras were bustling around in the midst of it all getting interviews.

Shortly before the start, the president of Russian Balloon Federation, came up to me and asked me if I would take a guy from New Zealand, along with us. “He’s a good pilot,” said the president, "but he came alone without a team and has no one to fly with.” I should add at this point that the president was one of the founders of contemporary Russian ballooning and the national record holder, and had been my instructor in the pilot school. Naturally I had to agree to take the New Zealander on board. 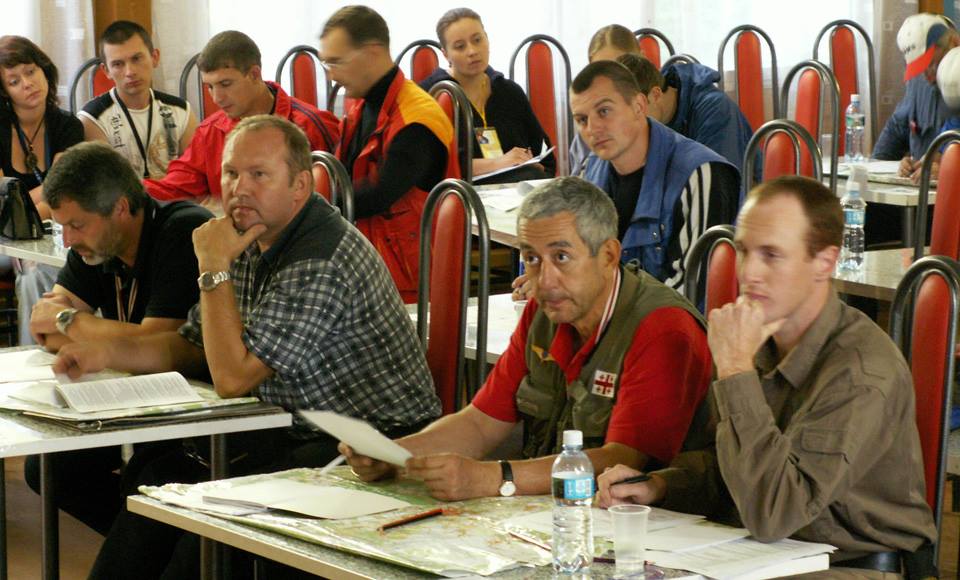 After the command of “ready-set-go”, we deftly assembled our balloon and prepared to inflate the envelope. I set up a fan at the mouth of the envelope and tugged sharply on the starter cord. It wouldn’t start. I pulled again, but got the same response.

My frantic pulling on the cord was interrupted by a question from the New Zealander:
“What’s the matter, won’t we be able to fly?”
“Don’t worry, Zealander,” I assured the foreigner, “we will!” And I resumed my tugging.

“Hey pal, did you check the fuel?” shouted one of the members of the Ukrainian team, preparing for takeoff nearby.
Sure enough, there was no fuel in the fan! We hadn’t even filled it! My friend and I had picked up the balloon from the manufacturer the night before and immediately set off for Dmitrov. Such a “minor” detail had not even entered our heads. The same Ukrainians helped us out, they brought their fan over and together we filled the envelope.

I opened the fuel lever on the burner and clicked on the pilot’s lighter.  Click-click! It wouldn’t light!  Well, I’d been warned about that possibility; our lighters are not very reliable. It’s always a good idea to have extras, just in case. I took out another one.
Click-click! That one wouldn’t light either!
“What’s the matter, won’t we be able to fly?” asked New Zealander, who was standing behind me. “Don’t worry Zealander, we will!” I answered irritably and continued clicking the lighter.
The Russians came to the rescue this time by lending me a good lighter, and we soon got the balloon inflated.
“Crew, get on board!” I commanded, and my friend and New Zealander climbed into the basket. The last balloons were taking off from the launching site. And we would be taking off not far behind. 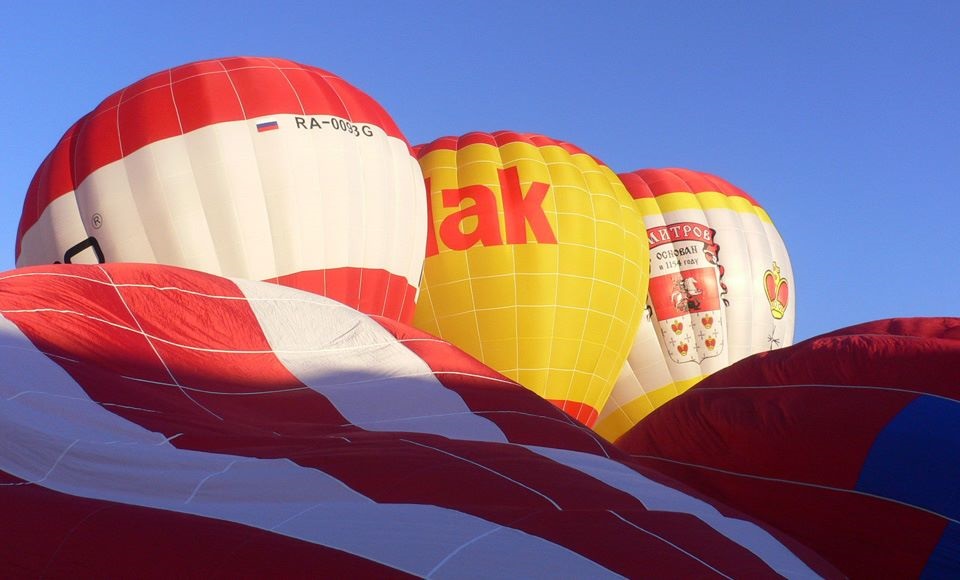 But then I noticed that in the commotion I had not fastened the parachute line to the strut in the basket. It was coiled up inside the envelope, which was now standing upright. I climbed on the board of the basket and tried to reach the line with my hand, but to no avail. We were left on the ground, and people were cheering us on with encouraging shouts, taking pictures and videos. Some kind-hearted disabled veteran handed me his crutch. I tried to reach the line with it, but still in vain.

“What’s wrong, won’t we be able to fly?” New Zealander asked again.
“Listen, you!” I yelled, no longer able to contain my frustration. “I told you, we’ll fly!”

At that moment one of the journalists handed me a telescopic microphone stick, and I was finally able to reach the line and pull it towards me.

As we took off, the wind turned us in the opposite direction from the main group of balloons. I had to report this to the retrieve team. I turned on the radio, but it made no sound.

“We didn’t charge the batteries,” said my friend.

And on top of everything else, one of the burners began to go out after we were in the air; we hadn’t regulated it properly on the ground.

As soon as we were outside the city limits, I decided to land. During landing, I almost took the chimney off someone’s hut. We hit the ground in a thicket of tall nettles.

After I caught my breath, I looked around and saw a cheerful friend, a green-faced New Zealander, and a cameraman, lying on the bottom of the basket, heroically clutching his expensive camera to his chest. I had forgotten all about the cameraman. Where had he come from? Later the shots he took made us famous all over the world. 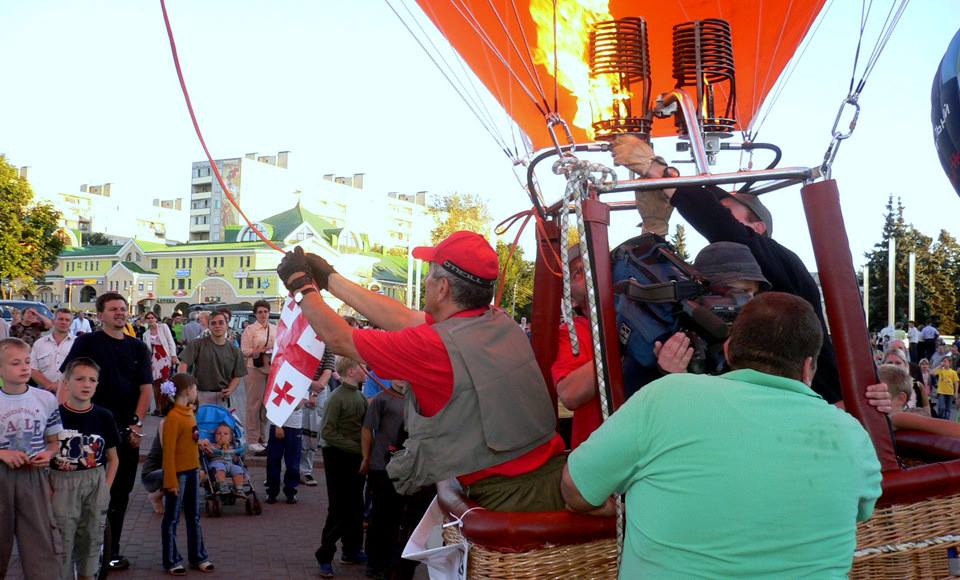 It took a long time to return to base. When our team walked into the restaurant where the gala dinner had been long underway, we were greeted by a huge burst of applause and all the pilots and crew members gave us a standing ovation.

Early the next morning everyone gathered for a briefing. A massive bank of thunder clouds loomed on the horizon.
“Do you know anything about aviation meteorology?” New Zealander asked me anxiously.
I nodded my head.
“Do you know what those are?” he asked, pointing at the black clouds.
I nodded again.
“They produce lightning!” New Zealander explained, obviously not sure I was telling the truth. He used simple English words and spoke with slow deliberation, thinking this would make it easier for me to understand. He spoke to me in the ingratiatingly soothing way a psychiatrist would speak to a difficult patient.
“Yes they do,” I agreed.
“So, are we going to fly?” New Zealander asked in horror.
“No, we aren’t!”
The New Zealander breathed a sigh of relief.

Miraculously enough, we didn’t come in last in this competition. 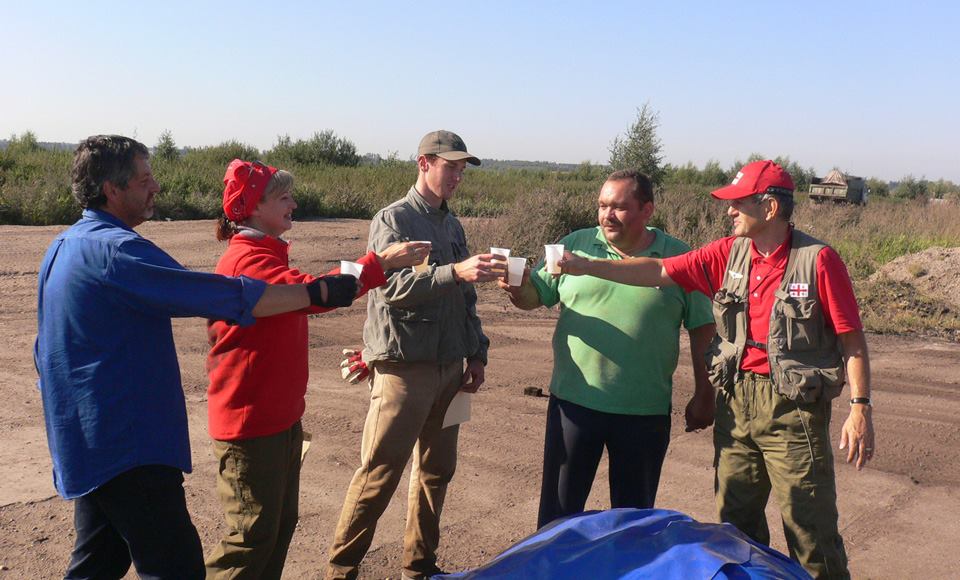