The first ever FAI parachuting record was set on 6 October 1951, by Monique Laroche of France. Laroche, aged 22, exited the Morane-Saulnier MS 230 aircraft at 4235m, freefalling for a total of 3622m, and opening her parachute 400m above the ground, gaining the world record for an altitude jump with delayed opening.

The jump took place at St. Yan airfield, France, where Laroche had gained her licence two years previously, after learning to jump aged 16 from the 25m training tower at Porte de Choisy.

Laroche followed up her new record by competing at the first World Parachuting Championships in Bled, Yugloslavia (now Slovenia) where she became the first world champion in parachuting accuracy in 1951.

Going on to win further medals, including champion of France at St. Yan in 1953 and world champion in 1954, she funded her jumps by appearing at air shows, pulling her cord at the last possible moment – without using an altimeter – to wow audiences. In 1955, Laroche also made the world’s first two-way "coupled" leap with Léo Valentin. She remained part of the French team until 1960.

A true pioneering spirit, Laroche was among the first parachutists to fall flat in the "French position", and other achievements include becoming the only woman to join the First Paratrooper Brigade SAS, making her the first woman to integrate into a unit of Airborne Troops at the time. She was also the first woman to join a parachute battalion in Indochina, where she served as a nurse.

After the end of WWII, when parachutes had been used to support military tactics, the surplus aircraft and parachutes meant that methods and practices of free falling could be developed. Laroche’s achievements contributed to the gathering momentum of parachuting as a sport and early FAI parachuting championships of the 1950s focused on the accuracy of the competitors, with freefall style being added in 1962. These FAI skydiving disciplines are now known as the ‘classics’ although the sport has changed significantly as parachute canopies have evolved and the possibilities of precision landings have improved.

Today’s skydiving competition disciplines recognised by the FAI Skydiving Commission (ISC) include dynamic flying and indoor skydiving which take place in a wind tunnel, with competitors judged for style and speed. The sport of wingsuit flying was recognised by the FAI in 2015, with performance flying competitions requiring three tasks: time, distance and speed. In the sport of paraski, competitors combine the sports of ski slalom and accuracy landings on a 2cm disc after jumping from a helicopter. Other recent disciplines to be added are canopy piloting and speed skydiving.

"Monique Laroche was an inspiration to all women. Not only did she achieve this incredible record, but she was also the first female world champion at the 1st FAI World Championships of Accuracy Landing in 1951. In 1953, she even beat all the men to become the overall French national champion. She became a personal friend and it was an honour to jump with her occasionally." 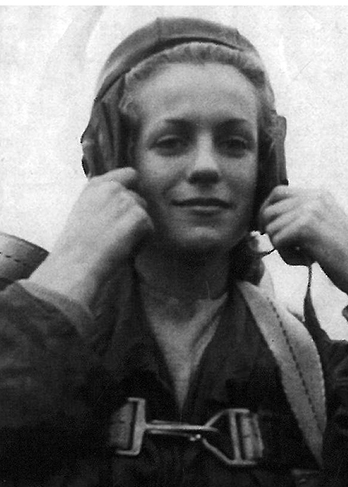