In recognition of her outstanding achievements as a glider pilot, and her dedication to promoting female participation in the sport, Gisela Weinreich of Germany was awarded the 2020 FAI Lilienthal Gliding Medal.

With an impressive competitive career spanning 1975 to 2012 including several gold medal wins, and in 1990 setting the German women’s record in the 15m class, the 750km FAI Triangle, Gisela has not only made many remarkable performances, but has also dedicated her later gliding career to the promotion of her sport. With 21 years on the national team and as Vice President of the German Women’s Pilots Association, Gliding Section since 2013, not to mention many years as a Steward and Jury President for the FAI Women’s World Gliding Championships (WWGC), and as a specialist in trophy management for the FAI Gliding Commission, the IGC, Gisela is an integral member of the gliding community and a passionate supporter of female participation in aviation.

In recognition of her gliding career spanning almost 50 years, Gisela feels highly honoured to have won the Lilienthal medal, which was founded in 1938 "to reward a particularly remarkable performance in gliding, or eminent services to the sport of gliding".

With 11 German Lilienthal medal holders it is clear that gliding has a strong following in Germany, and in fact it has a rich tradition of air sports in general – the national Aero Club DAeC is the second largest air sports association in Europe.

Gisela’s own gliding career began in 1968, “unfortunately late” at age 24, when as a flight attendant for Lufthansa, she became bewitched after a particularly glorious experience:

“The fascination of gliding grabbed me immediately. It all started in a gliding centre in Hornberg on the Swabian Alb (Jura). I had picked the winning ticket! Wonderful weather, spring awakening all around, thermals under the most beautiful cumulus clouds, I felt like I was in paradise. After eight days the time had come, I was allowed to make my first solo flight in the Rhönlerche: unforgettable moments of happiness.

And I was curious, I wanted to develop myself further. I had role models in my gliding club, which shaped me. Yet experienced, talented female glider pilots were not among them.”

Gisela’s ambitions pushed her into starting to enter competitions, where she thrived on the challenge of competing at a high standard against other female pilots:

“When I started flying competitions in 1975, there were some female pilots who showed great flying performance, flew successfully, had a lot of experience on national as well as international level, such as Pelagia Majewska and Ada Dankowska from Poland, Geogeo Litt from Belgium, to name just a few of many talented female glider pilots. Competing with them was inspiring.” 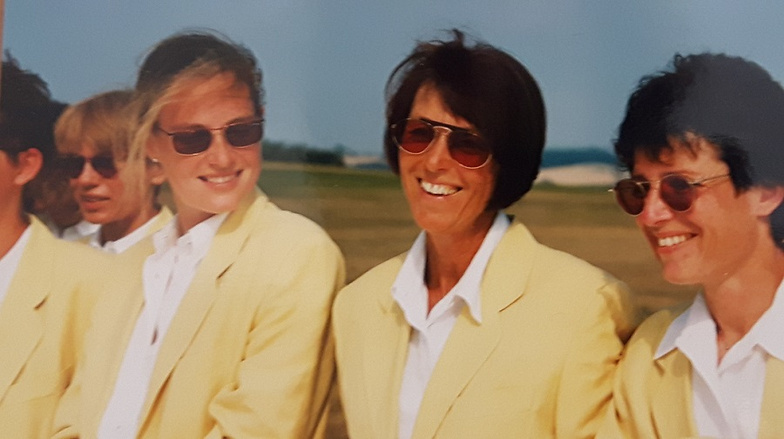 At the European Women’s Gliding Championships, in which Gisela competed ten times, there were numerous German entrants, yet something gave her the edge over the other pilots – in this competition she won a total of five gold medals, two silver and one bronze. What was it that made her stand out from the crowd?

“I think I have good powers of observation, I grasp situations quickly and I am decisive, persistent, strong-willed, curious and willing to take risks in a positive sense. The competition among the female pilots internationally and nationally was strong and on a par. A good decision at the right moment can make all the difference.” 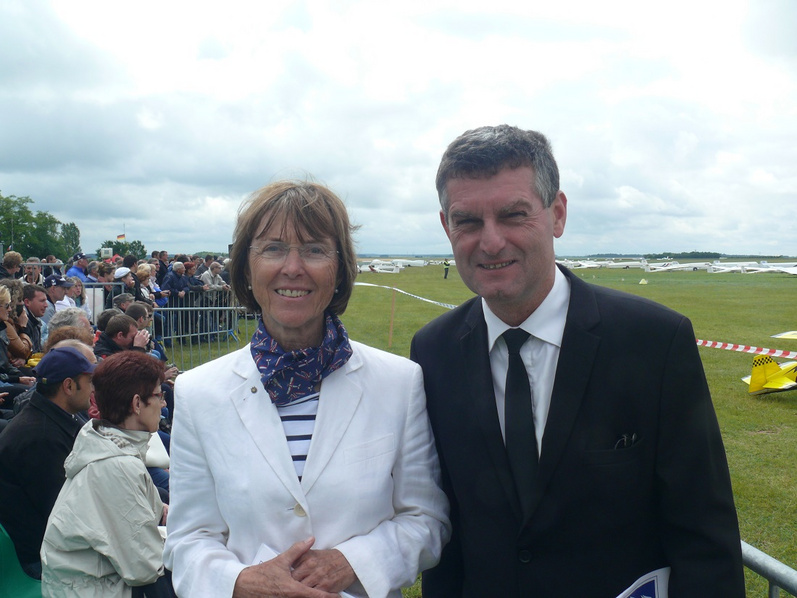 These powers of observation and decisiveness were also put to good use following her retirement from competition in 2012. Gisela has become a sought after judge in gliding competitions, recently travelling to Australia for the 10th FAI Women’s World Gliding Championship.

Gisela is impressed by the skill level at the WWGC competitions yet feels that some national aero clubs are better than others at promoting the sport to female pilots:

Drawing upon the experience of almost 50 years in the gliding community, Gisela identifies areas in which aero clubs can open opportunities for female participation, not only in the air but in aviation generally:

“Some gliding nations are on the right path: sponsorship, looking out for female talent, offering courses and training camps including competitions where they can develop skills etc. Through gliding, air sport is gaining momentum with female aviators. They serve not only as pilots but also instructors, trainers, air traffic controlers, packing parachutes, become board members of a gliding club, organise and conduct championships and so on.”

“Without female aviators, air sport would be poorer.”

Gisela Weinreich’s contribution to aviation means that her name sits alongside (or “modestly behind” in her own words) other famous German aviators such as Elly Beinhorn (1907–2007) who conquered all five continents by plane in the 1930s, and Hanna Reitsch (1912–1979), the world's first female helicopter and jet pilot who supported and promoted the development of women’s gliding in the 1960s along with glider pilots Gill van den Broeck, Rika Harwood and Ingrid Blecher.

There are currently 300 members in the Association of German Female Pilots, and Gisela’s lifetime dedication to promoting female participation in aviation has supported and furthered this success. The WWGC offers female pilots the opportunity to compete with the best in the world, to participate in the sporting goals of the FAI, to title the women’s world champion, but also to foster friendship, co-operation and exchange of information among soaring pilots of all nations.  Nevertheless, Gisela has always advocated flying mixed championships in gliding, if possible, to broaden one's horizons, seeking instructive challenges.

As Walter Eisele, Chairman of the German Gliding Commission, in the nomination for the Lilienthal medal, summarised:

“Because of her success, as well as her efforts, Gisela Weinreich has earned the respect and gratitude of those for whom and with whom she serves.” 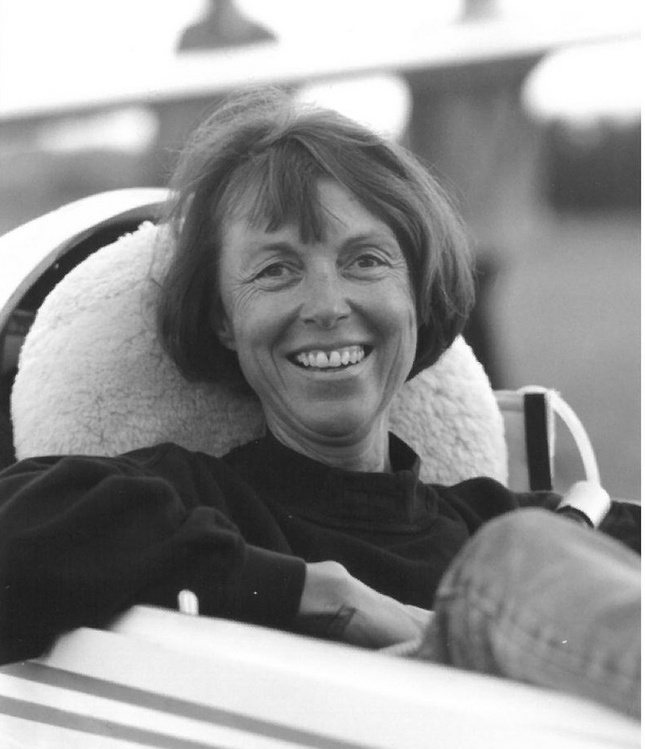